By Andrew Griffin on 4th February 2019 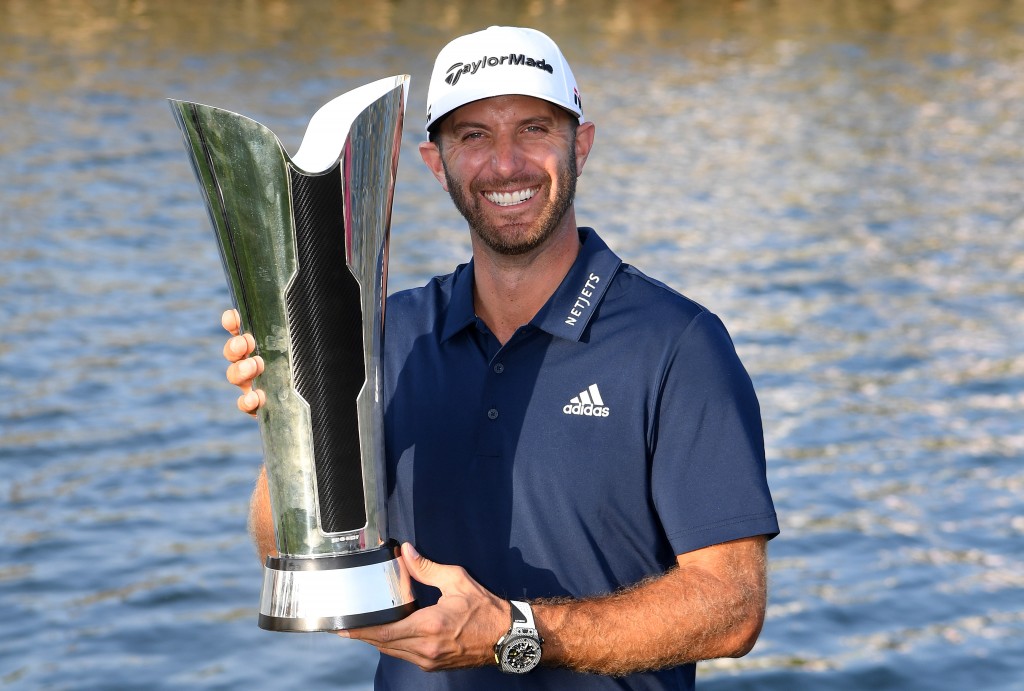 The World No. 3 prevailed in a fascinating back nine battle with the Chinese star at Royal Greens Golf & Country Club, birdieing the closing two holes for a round of 67 and a winning total of 19-under par.

Johnson had started the week as one of the tournament favourites, alongside the only two men ahead of him in the Official World Golf Ranking – No. 1 Justin Rose and Brooks Koepka.

And the 2016 US Open champion lived up to that billing when he shared the lead with Li going into the final day after rounds of 68, 61 and 65.

He had to come from behind on the back nine though after Li, who carded an astonishing four eagles in his third round, chipped in for birdie on the ninth hole to take a one stroke advantage.

Both players then bogeyed the 10th, but while Johnson birdied the next two holes, Li’s challenge faltered with bogeys on the 13th and 14th before he pulled a shot back on the 15th.

Johnson’s lead was back to just one shot when an errant tee shot led to a bogey on the par three 16th overlooking the Red Sea.

But Johnson dusted himself down and hit back with consecutive birdies on the 17th and 18th to seal his first victory in a regular European Tour event and sixth title overall.

“But it was definitely tight, and then I made it a lot closer at the end than it should have been, hitting it in the water on 16.

“I followed it up with two really nice birdies on 17 and 18.

“It feels really good. Any time you can win a professional golf tournament, no matter where it is in the world, it’s a big win.

“I’m honoured to be the champion, and I’m very pleased with the win.

“It’s been a great week for me coming here, first time coming to Saudi Arabia, first time playing golf here, kind of first for everything.

“Absolutely I would come back. I think the event went off fantastically, and I enjoyed the golf course.

“Obviously, I played it very well. It’s a beautiful course and I really like it. I really enjoyed my week this week, and I hope to be back next year.”

Li’s birdie on the last for a round of 69 ensured he took second place on his own, ahead of Hertfordshire’s Tom Lewis.

The player who was the first European Tour player to be punished for a breach of the rule on caddies standing on a player’s line when he addresses the ball – last week in Dubai which cost him £200,000 in prize money – was still smiling despite the disappointment of ending up as runner-up.

Li said: “It was a very good match, especially the front nine when I was playing really good.

“The back nine, I was just a little bit off. It wasn’t my best over there today again.

“But I learned a lot and especially that last few holes was good for me. I think he deserved to win this event.

“I’m very happy with the week. When I had four holes left, I looked at the leaderboard.

“I had dropped to third place and so I’m very happy to finish solo second.”

Former England amateur international Lewis – who on the Portuguese Masters for a second time in 2018 after his breakthrough win in just his third professional start in 2011 – could not quite sustain the early momentum he had built with five birdies in a row at the start of his final round.

Lewis, who hails from the same Welwyn Garden City GC as six-time Major winner Sir Nick Faldon, eventually signed for a round of 65 to finish third on 16-under.

Australia’s Min Woo Lee, playing in just his second professional event, finishing a further shot back in fourth courtesy of an impressive 63.

Lee was marked down as the next Australian superstar even though he lost in the second round of the matchplay at the 2017 British Amateur Championship at Royal St George’s.

The 2016 US Junior Amateur Champion was beaten by Sussex’s Charlie Strickland, who went out in the fourth round, in the world’s oldest amateur championship – eventually won by Hampshire’s Harry Ellis.