By Andrew Griffin on 5th February 2019 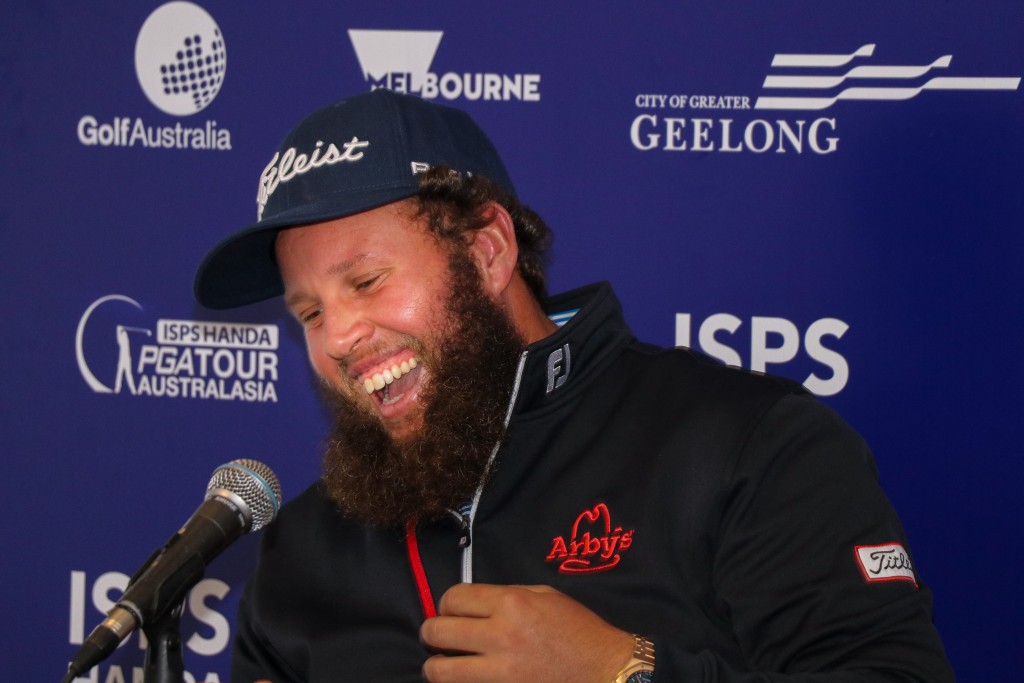 Andrew “Beef” Johnston feels right at home Down Under and is hoping for a strong showing at the ISPS Handa Vic Open. Picture by GOLF AUSTRALIA

ANDREW Johnston feels like he is getting back to his best as he prepares to tee it up at this week’s ISPS Handa Vic Open for the first time.

The man affectionately known as “Beef” is a big hit with golf fans in Australia and the feeling is mutual, with the Englishman happy to admit that he loves this part of the world – particularly after a top 10 finish at the Australian PGA Championship in December.

It has been almost three years since the 29-year-old recorded his maiden European Tour victory.

But with a new coach in Surrey’s Hugh Marr and some tweaks to his swing, he fees like his game is in a good place once again as he arrives at scenic 13th Beach Golf Club in Barwon Heads, south of Melbourne, after a positive week at the Omega Dubai Desert Classic.

“It’s been a while since I felt like the Saturday when I shot seven-under. Made quite a lot of changes swing-wise, so it’s all real positive. I’m in a good place.

“I feel like I’m close to getting back. I think it’s been a funny couple of years for me – 2016 was great, I played some good golf.

“Then the last couple of years I haven’t been happy with the way I’ve played. I have a new coach, and I find that’s been working well and I don’t think I’m that far away from playing some really good golf.

“It’s a real good place for me and I enjoy it. I’ve been to Perth four or five times now and last year was the first time I headed over to the other side to Brisbane.

“Last time I was lucky enough I managed to hole a good chip shot for birdie on the beach hole (at the 2018 Australian PGA Championship), which was great fun.”

“I got the crowd going and that’s stuff I like to do. I like to see people having a good time.”

The ISPS Handa Vic Open was first played in 1957, but appears on the Race to Dubai for the first time this season.

It’s a unique format in professional golf with men and women playing on the same courses at the same time, for equal prize money.

All rounds will be played in alternating men’s and women’s groups on the Beach Course and Creek Course.

A field of 156 men and 156 women will play one round on each of the first two days on both courses.

There will be two cuts – after round two and round three – with all of the weekend action taking place on the Beach Course.