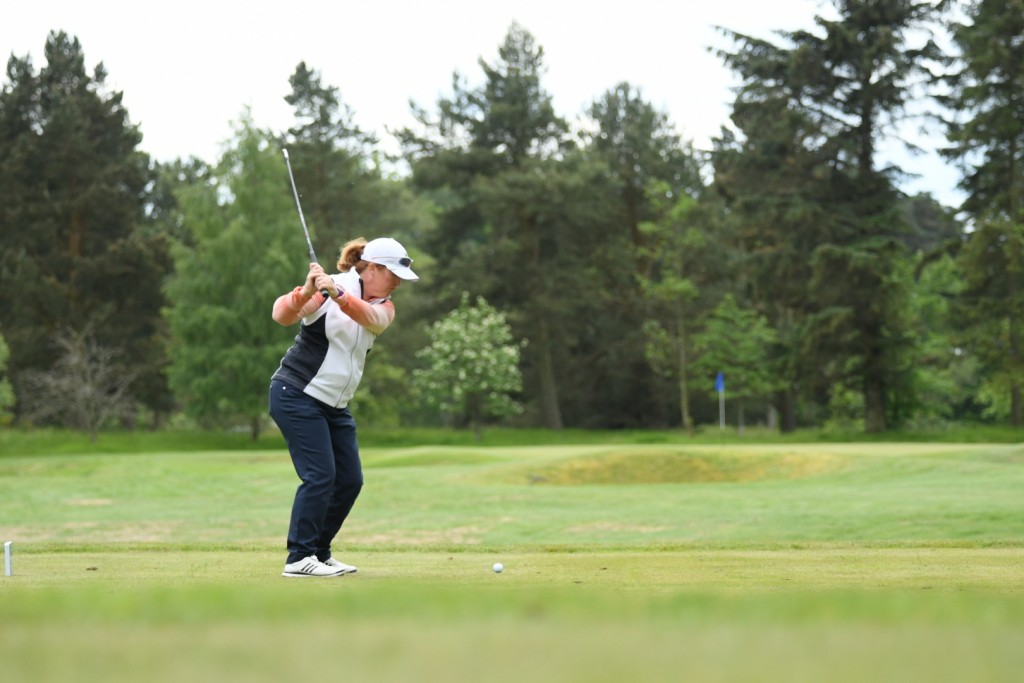 Defending champion Elaine Moffat made a strong start as she aims to defend her Scottish Senior Women’s Open title, posting a round of 74 in excellent conditions at Edzell.

Moffat, the highest ranked player going into the week, carded four birdies and two bogies, before a double bogey 7 on the last saw her end Day 1 at the top of the leaderboard on level par.

Speaking to Scottish Golf after her round, Moffat said, “It was pretty good, I’ve enjoyed getting going. It was mostly a good round with a few wee blemishes, but we won’t dwell on them.

There was enough good stuff in there to take home, enjoy and regroup for tomorrow.”

On being overnight leader and looking ahead to the rest of the week, Moffat continued, “It’s a good feeling. I would take it any day of the week, it’s a nice place to be.

“It would be an absolute dream come true to make it to the final and have another shot at the trophy, but I know they are all coming for it, so you’ve just got to do one job at a time and not get ahead of yourself.”

Going into the second round of strokeplay tomorrow, Moffat will start one shot clear of playing partner Alison Davidson from Stirling Golf Club, and Sandra Jackson of Royal Dornoch.

Aileen Baker on +3, and Fiona Hay on +4 will also be looking for a good second round as they look to chase down Moffat at the top of the leaderboard.

Last year’s defeated finalist, Sheena Wood, will be looking to bounce back from a +8 round of 82 which leaves her in tied-16th and battling to make Thursday and Friday’s knockout stages.

The 80-strong field will play another round of strokeplay tomorrow to crown the strokeplay champion, with the top-16 scratch scores progressing to the knockout stages, and the next 16 best net scores qualifying for the net matchplay.