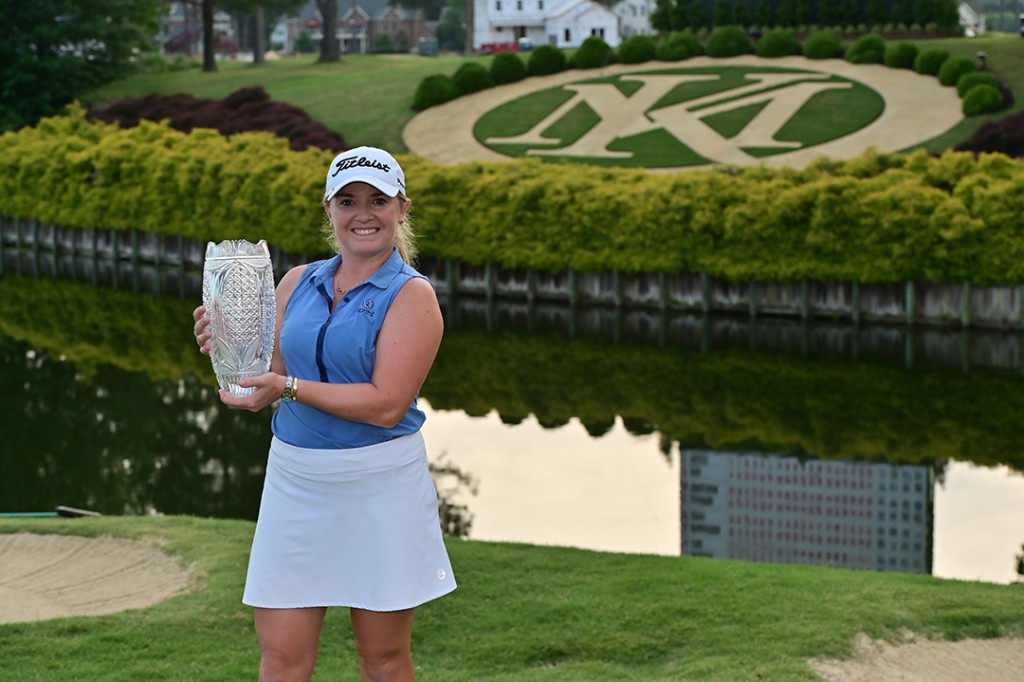 Bramhall Hall’s Bronte Law with the Pure Silk Championship trophy after her victory at the Kingsmill Resort. Picture by GABE ROUX / LPGA

STOCKPORT’S Bronte Law completed her dream LPGA Tour win after a frustrating final round at the Pure Silk Championship, at Williamsburg’s Kingsmill’s Resort.

Having missed fairways off the tee and having to scrambe for pars as a host of challengers sensed a chance to catch the overnight leader, a 15-foot birdie putt on the 16th hole at the River Course brought relief for the 24-year-old, who was a star at UCLA – the same Californian college as first time Seniors PGA Champion Ken Tanigawa studied at.

“It was definitely a relief,” said the three-time Curtis Cup player who is a member at Bramhall Golf Club, after winning the Pure Silk Championship by two shots – thanks to a three-under par 67.

“I’d hit a really good putt on the previous hole before and it kind of hit a spike mark,” Law said about her sixth consecutive par. “I thought it was middle centre and didn’t make that one.”

Bronte held a share of the lead after all four rounds and finished with a 17-under total just two weeks after losing a play-off to Sei-Young Kim.

“It was a grind,” Law admitted after Madelene Sagstrom, Brooke Henderson and third-round co-leader Nasa Hataoka tied for second.

Law, who came from 10 shots back on the last day to get into a playoff in the LPGA Mediheal Championship three weeks ago in California’s Daly City, doubled her lead with the birdie on the 16th. Two-putt pars on the last two holes capped the victory in her 56th start.

“It feels surreal to be honest after coming so close,” Law said.

It was also a nice way to finish the week leading up to this week’s US Women’s Open in Charleston, South Carolina, Bronte added.

“I don’t believe in destiny, I believe in hard work and determination. To be in contention and that very next time out playing was really cool and shows me that I can compete at the top on a weekly basis, which is the whole goal out there,” Law said after her close call. “This was the perfect way to prepare (for this week’s Major), I guess.”

Law got a nice break on the par-four eighth hole when her drive bounced off a steep slope back into the middle of the fairway. She hit her approach to six feet and converted the birdie chance to lead by three.

She then hit three more drives again well to the right, but only dropped one shot. 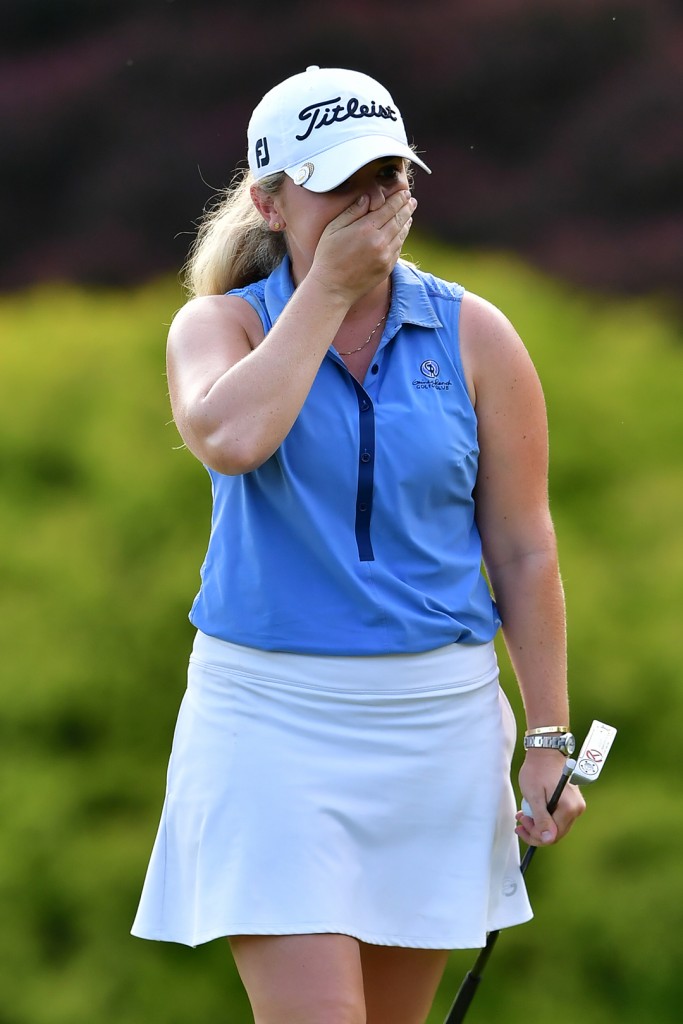 The emotions flow as 24-year-old Bronte Law, from Stockport, wins her first LPGA title, after losing a play-off earlier this month. Picture by GABE ROUX / LPGA

Sagstrom, also seeking her first career victory, got within one at the 15th with a birdie, but missed makeable birdie putts on the next two holes before some bad luck on the last.

The Swede’s approach hit the flagstick, bounced straight down and then scampered away, leaving her with a two-putt from 20 feet, and Law’s lead unscathed.

Henderson made 14 pars and one birdie in her first 15 holes before picking up shots at the 16th and 18th to close with a 68.

“To shoot three-under on a Sunday and be that close to the leaderboard and know that you left some out there is a good thing,” she said. “So definitely just looking forward to the rest of the summer,” said Henderson, looking for her second win of the season.

“I think this was a good way to lead into the US Open next week,” the Canadian added.

Hataoka, who lost in a play-off with Ariya Jutanugarn in Williamsburg last year, also climbed into tie for second-place tie with a closing birdie.

Hsu at one point climbed into a share of second, but the par-five 15th, which she had eagled on Friday and Saturday, ended her bid. She hit her second shot right of the green and out of bounds, eventually making a double bogey, before birdieing the 16th and 18th.