By Andrew Griffin on 7th February 2020 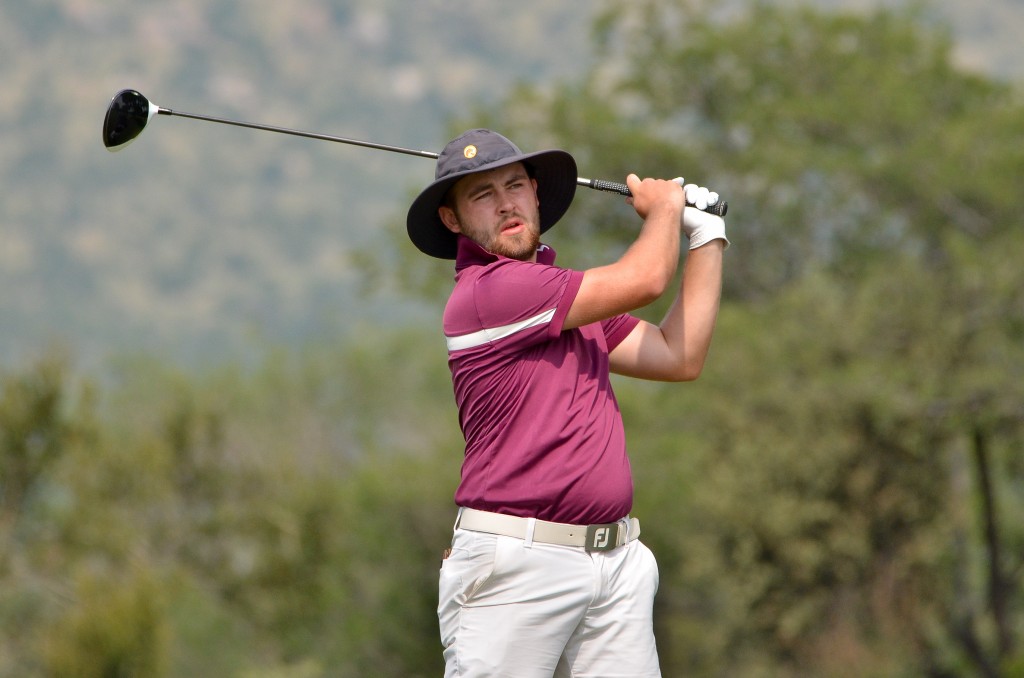 Frilford Heath’s Olly Huggins had looked in control for long periods in the final round of the African Amateur Strokeplay at Leopard Creek, but lost a play-off after four holes. Picture by ERNEST BLIGNAULT

The home favourite made par on the first hole, having played the famous 18th – guarded by water at the bottom of a downhill carry – three times before finally breaking the deadlock when the action moved back to the front nine.

Vorster and Huggins both finished on four-under par for the tournament – and the play-off was interrupted by a lengthy weather delay after they had played 18 again twice.

“I’m gutted obviously,” said Huggins, who missed out on a place in the England A squad for 2020.

But Huggins has dropped a big hint to the selectors, given Leopard Creek’s fearsome reputation as a European Tour venue – where Ernie Els went into the water on the last in 2007, blowing a two-shot lead to hand John Bickerton the trophy.

“I’m really happy with the week,” said Huggins. “I’ve done what I said I was going to do, which was hit fairways, hit greens, make the putts – I played really nicely.

“I found out how to play this course after the first round when I shot four-over,” said the Oxfordshire-based amateur, who won the 2018 B.B.&O. Amateur Championship, at Woburn G&CC.

For the play-off, Vorster unfurled his power game, and Huggins – who had been so conservative in regulation play – was compelled to follow suit.

It all worked well for the Huggins until they returned after the weather delay to set off down 18 for the third time.

The Louis Oosthuizen Golf Academy player took advantage of a tailwind that had picked up, and smashed his drive 45 yards further than he had at any time before during the week.

It left the South African a gentle wedge to the green on the par-five with the island green.

And, although the pair shared the honours for the third time in the play-off, the change in the routine had left Huggins clearly somewhat intimidated.

Although Vorster smashed his drive into the right rough on the first – the next designated play-off hole – he had got into Huggins’ head.

The Frilford member short-sided himself, while Vorster recovered well enough to chip his third to a foot to secure his par, while Huggins was 20 feet away from the hole in three.

And that was all Vorster needed.

•For full results of the African Amateur Strokeplay click here.

FOR long periods of the final round of the African Amateur Strokeplay, Huggins had been in control by virtue of his smart play and his great putting.

Ollie laid up on all the par-fives, aimed for the biggest part of the greens in the face of tough pin positions – and then made putts when he needed them.

He had started the final round on one-over par after a horrid 76 in his opening round, before bouncing back by playing the last 54 holes in eight-under with scores of 69, 72 and 67.

Vorster, however, was stalking him through the back nine.

A birdie on 15 put him within two strokes of the lead. “I had a bit of a rough start,” Vorster added.

“I knew then that Olly had finished on four-under so I had to make the eagle on the last – thankfully it fell.”

That it did fall was in no small part due to some good putting all week.

“The putting definitely saved me this week,” said Vorster. “I made a few good ones down the stretch, and the one on 18 in regulation was the longest for the week and it happened at the right time.”

But the trophy returned to South African hands after Scotland’s Euan Walker’s win 12 months ago.

“It was unreal,” said new champion Vorster. “I’m speechless. This win means so much to me.

“I just want to thank everybody for the support,” he added.

“And the people who came out to watch the play-off. It was a relief to find my ball on that final hole, and then to get it up and down from the edge of the green was great.”

Gloucestershire’s Joe Long – from Lansdown GC – shot the round of the day with a six-under par 66, one better than Huggins’ effort.

The losing finalist in the 2018 English Amateur Championship final, at Formby GC – and is now a member of the England Squad – shared fourth place with South Africa’s Jordan Duminy having carded a total of

Gloucestershire’s Haider Hussain, from Kendleshire GC, was a further shot back after carding rounds of 70, 71, 77 and 74. 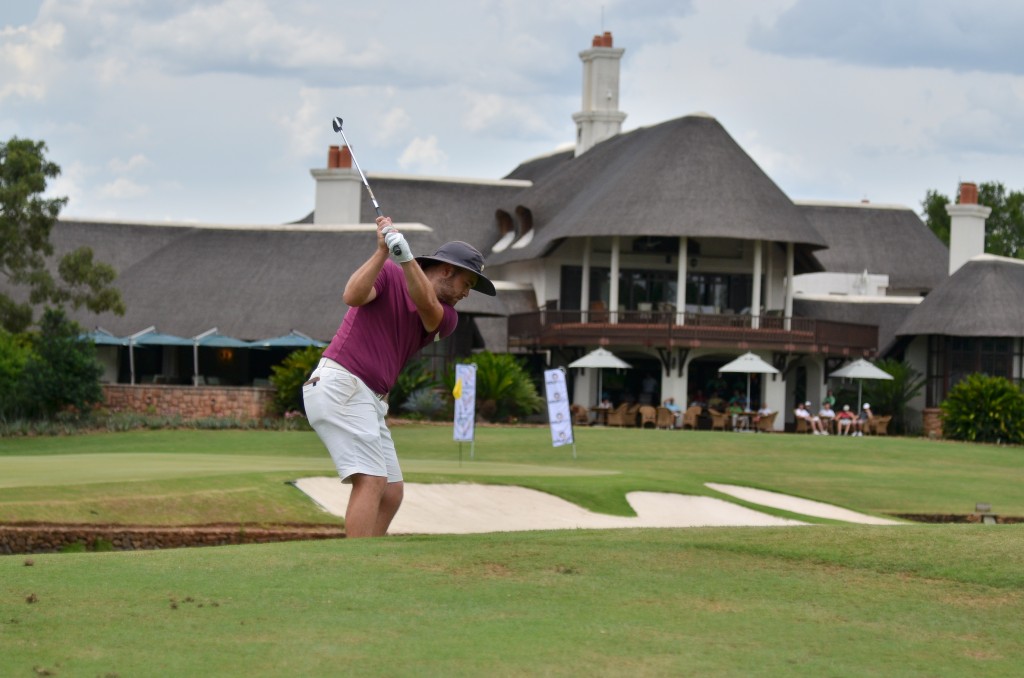 Huggins playing the first hole – the fourth in the play-off which was won by Martin Vorster. Picture by ERNEST BLIGNAULT

Vorster racks up wins around the world

IT WAS Vorster’s fourth international victory in four years after he won the 2017 Italian U16 International, the 2018 Junior Open and the 2019 East of Ireland.

Huggins started as a junior at Carswell Golf Club, between Oxford and Faringdon, and in 2013 was selected to play in the Ian Poulter Invitational at Woburn, where he returned five years later to win a trophy that has been won by the likes of Luke Donald, British Mid Amateur Champion John Kemp,

Huggins shot five-over par after 72 holes on the Dukes Course, to win by three from Castle Royle’s Tim Shin, who is now playing on the mini-tours.

He also won all three of his foursomes matches for B.B.&O. when he was paired with MENA Tour winner David Langley, from Castle Royle, when they reached the English County Finals, at Aldeburgh, also in 2018. 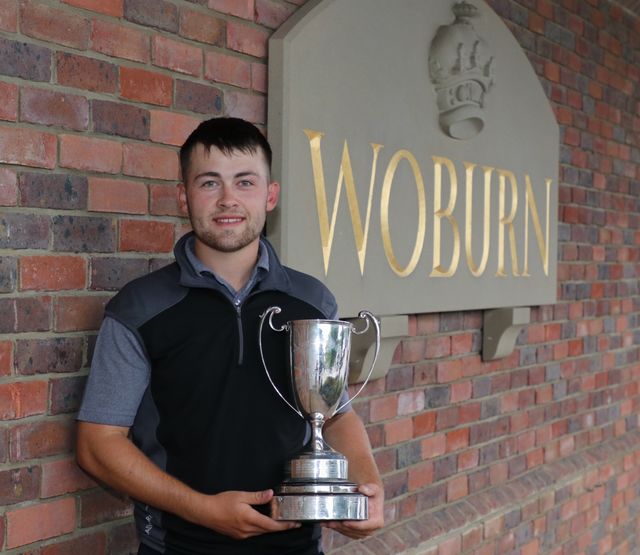