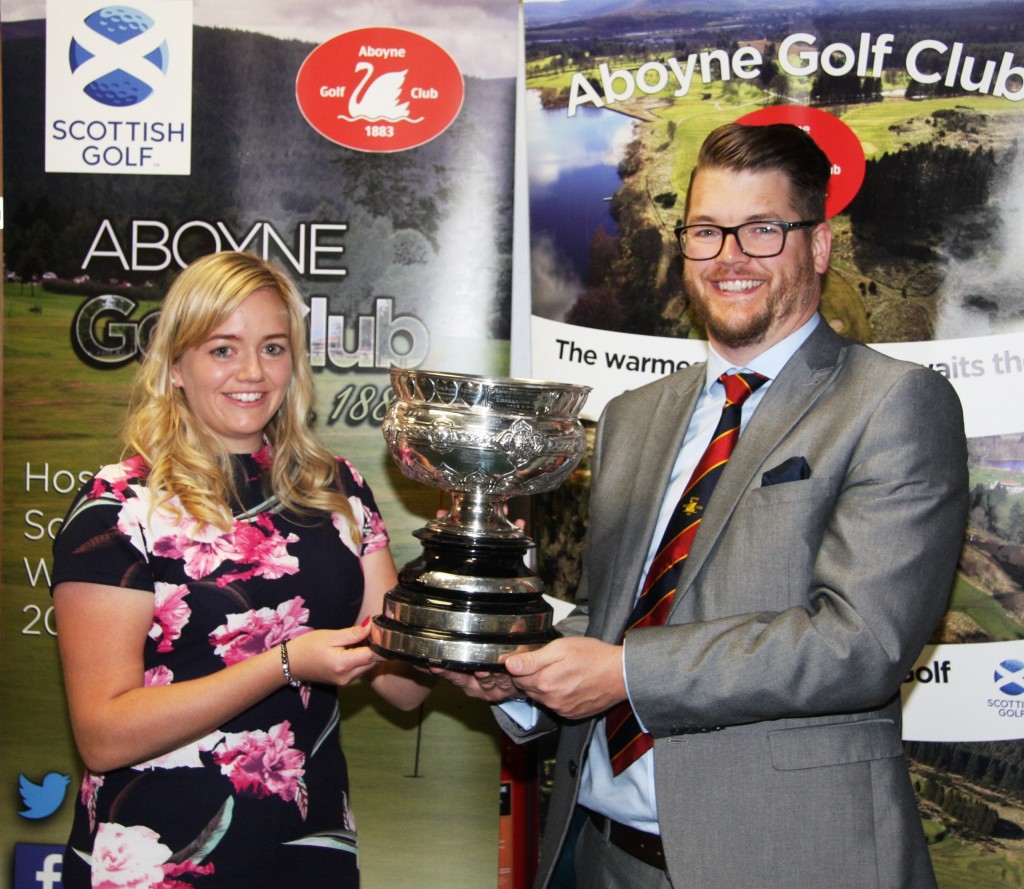 At the season end prizegiving ceremony held at Aboyne Golf Club on Saturday night, the club awarded Kimberley Beveridge ‘Honorary Membership’ in recognition of her outstanding achievements in the Amateur Game.

Making the award, Club President Justin Grant said “Kimberley has had a fantastic last few seasons culminating in her being crowned Scottish Women’s Amateur Champion at Barassie this year. She is also the current Aberdeenshire Ladies County Champion, having won this at Murcar a few weeks earlier.

Justin went on, “A talented junior, Kimberley was a 3 times Aberdeenshire Girls Champion and represented Scotland Girls and Schools teams. Amongst other highlights Kimberley has regularly represented Aberdeenshire Ladies and helped them win the Team County Championship for the first time in 32 years in 2018.

She also won the prestigious St Andrews Junior Ladies Open Championship in 2018. Kimberley won her first full international cap for Scotland in 2014 and her recent form led to ‘Scottish Golf’ selecting her to win her second cap representing her country in the R&A Women’s Home Internationals at Downfield, Dundee in August of this year.”

Kimberley, aged 24, is a former pupil at Aboyne Academy who still lives in the village and works part time in the professional’s shop at the course.

In her acceptance speech Kimberley said “It has been a tremendous season and I am overwhelmed that Aboyne Golf Club have seen fit to present me with such a prestigious accolade.

The club and members have given me so much support and encouragement in recent years and I am very proud to have been awarded Honorary Membership of this fantastic club.”