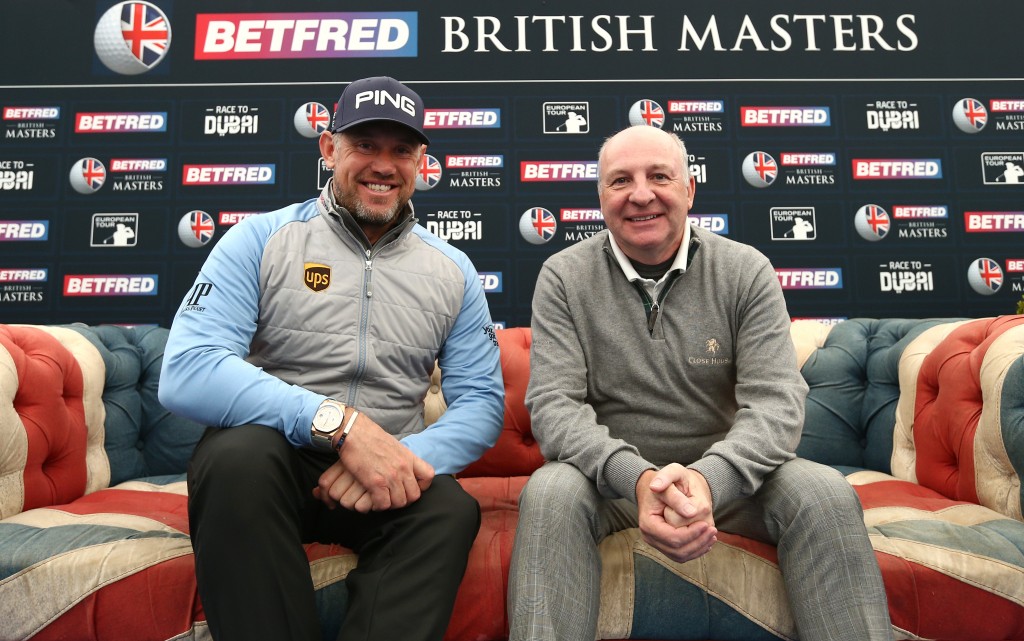 THE Betfred British Masters will return to Close House, in Newcastle upon Tyne, in 2020 with former World Number One Lee Westwood becoming the first player to host the European Tour tournament twice.

Following the success of this year’s event at Hillside Golf Club in Southport, where Ryder Cup star Tommy Fleetwood took on the hosting duties, Westwood will reprise the role from July 30 to August 2, 2020, at Close House, the venue he has been attached to as touring professional for eight years.

Nearly 70,000 fans came out to support the event, which was the first European Tour tournament to visit the north east of England in 15 years.  Those fans will now have a much shorter wait to see some of Europe’s leading golfers again, with the event taking place in the final stages of the qualification campaign for Europe’s 2020 Ryder Cup team.

“I’m delighted to announce that the Betfred British Masters is once again going to be at Close House,” said Westwood, the 24-time European Tour winner and 10-time Ryder Cup player.

“Hopefully we will get another great field and I am sure it will be a great spectacle like it was a couple of years ago. The crowds in the north east love their sport and their big events, and Close House will be at its best again.

“I’m really looking forward to taking on the hosting role again too. Last time we did some interesting things – on the pitch at St James Park and hitting balls by the Tyne Bridge – so it will be fun to do it a second time.”

Graham Wylie, the owner of Close House, said: “It’s a big honour to bring the British Masters back to Close House next year. People in Newcastle and the north east region love sport and we had some great crowds in 2017, a great TV audience and some great engagement on social media, so I’m sure we will get the same again.

“We don’t get too many big sporting events in Newcastle, but when we do, we really support them. With 15 months to promote it, I’m sure we will get a lot of people there and it will be a lot of fun, as it always is in Newcastle. Close House is a great spectator course and the fans loved getting so close to some of the world’s best players.”

European Tour chief executive Keith Pelley said: “As the past few days in Southport once again showed, the Betfred British Masters is one of the most popular events on our schedule and the fans really embraced the whole experience the last time we took it to Close House in 2017, so we are all looking forward to going back next year.

“In Ian Poulter, Luke Donald, Lee Westwood, Justin Rose and now Tommy Fleetwood, we’ve had five incredible hosts over the past five years, each of whom have brought something different to the role. Lee is a wonderful ambassador for the European Tour and he showed great passion as British Masters host two years ago, so I am delighted he is going to do it again next year.”

Betfred, the UK-based bookmaker which also supports the world championship in snooker, the World Matchplay in darts and rugby’s Super League, will return as title sponsor of the British Masters for the second consecutive year.

Betfred owner Fred Done said: “The Betfred British Masters was our first title sponsorship in golf and we were delighted with the success of the event at Hillside with Tommy Fleetwood as host.

“We are very excited about taking the event up to Close House in Newcastle and working with Lee Westwood, who is a Ryder Cup legend.”

Westwood becomes the first player to host the Betfred British Masters on more than one occasion following the tournament’s return to the European Tour’s schedule in 2015.

Ian Poulter was the first host at Woburn, followed by Luke Donald at The Grove in 2016, Westwood at Close House in 2017, Justin Rose at Walton Heath in 2018 who have all played an important part in the success of the tournament following its reintroduction to the European Tour schedule.

Tickets to the 2020 Betfred British Masters are available by clicking here. A range of hospitality packages are also available. Click here for more details.