Ton Up for Iconic Gleneagles 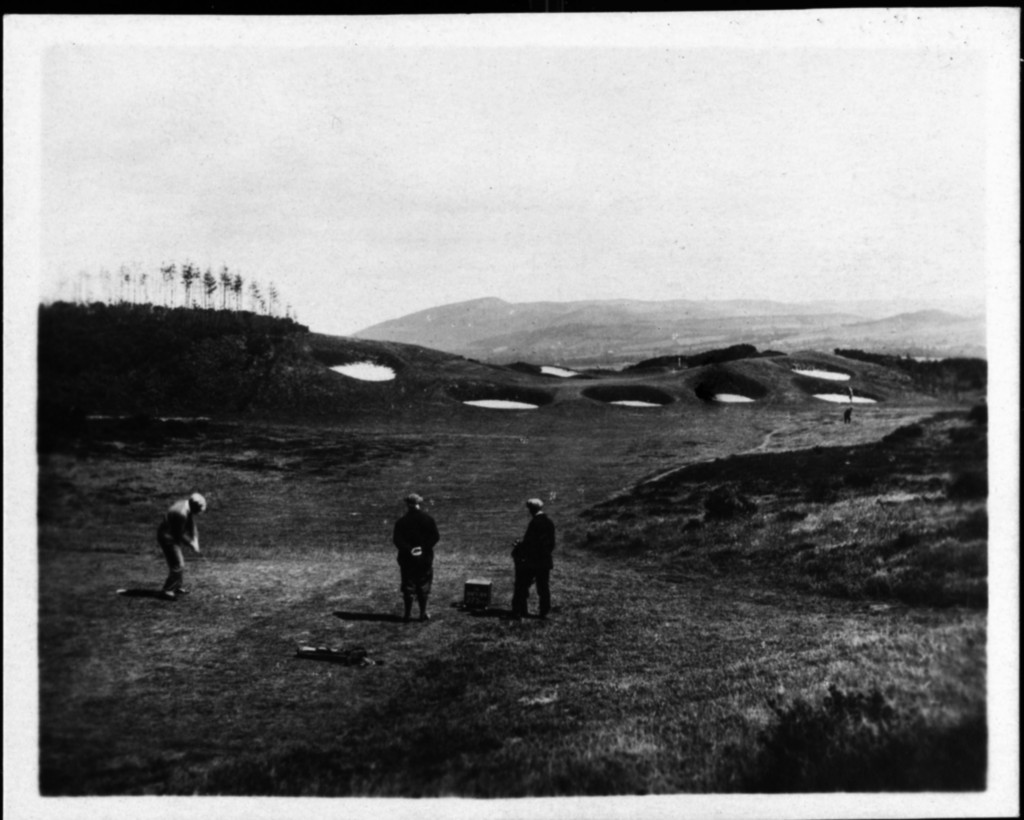 The 14th hole of The King’s Course at Gleneagles, circa 1920s

Gleneagles in Scotland is celebrating the 100th birthday of its iconic King’s and Queen’s Courses.

Designed by James Braid and created using nothing more than manual labour and horse and cart, both courses, which were officially opened on 1 May, 1919, have an illustrious history.

The King’s Course hosted a famous match between the ‘Big Three’ of Jack Nicklaus, Arnold Palmer and Gary Player in 1966, as well as the popular Bell’s Scottish Open on the European Tour from 1987-1994, the largest spectator event after The Open at the time.

The Queen’s Course has also hosted great names from entertainment and sport, including Sean Connery and Alan Shepard, the only man to hit a golf shot on the moon!

In recent times, and under Gleneagles’ new ownership by Ennismore, both courses have benefitted from extensive renovation projects that have seen them re-aligned to Braid’s original design vision with wider fairways, bringing strategically-placed bunkers back in play, and the re-introduction of Scottish heather in key areas.