By Andrew Griffin on 5th December 2019 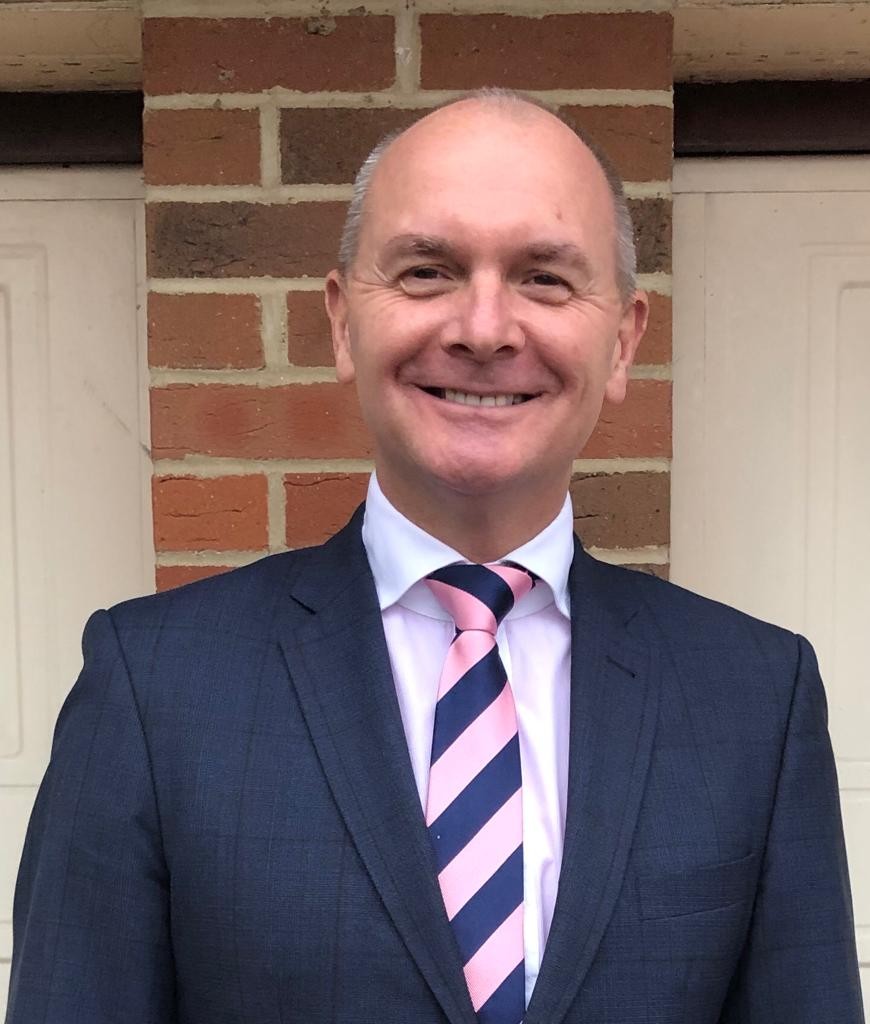 Former Wiltshire captain Jez Tomlinson, who has worked for Titleist and Callaway, will take as England Golf’s chief executive in January

Tomlinson was previously vice-president and managing director of Acushnet Europe where he was responsible for the market leading brands Titleist and FootJoy.

Prior to that the Marlborough Golf Club member was a founding director of online golf retailer jamgolf.com

He also spent eight years as brand and sales manager for Callaway Golf Europe, during which time he captained Wiltshire, leading them at South West Week and in the Daily Telegraph South West League campaign for two seasons in 2000 and 2001.

England Golf chairman Nic Coward, who is based at Woodhall Spa, the National Golf Centre, said: “We are delighted to welcome Jeremy as our new chief executive.

“His considerable business experience and his deep knowledge of golf at all levels will be a huge asset to England Golf and all the organisations involved in developing, promoting and running the sport across the country.”

Tomlinson said: “I am honoured and excited to become the new chief executive officer of England Golf.

“To be joining a talented team with so many opportunities to positively affect the health of our great game is hugely energising.”

In addition to his leading roles in the golf industry, Jeremy has been heavily involved in the development and promotion of the game at schools’ and community level as a trustee of the Golf Foundation.

Captain Tomlinson was at the helm when Wiltshire launched revolution

Depsite being one of the smallest counties in the country with less than 30 clubs, the programme produced a squad of players that would see Wiltshire reach two English Boys Finals in that decade.

The programme was backed by England South West coach John Jacobs and Salisbury & South Wilts’ European Tour pro Andy Beal, who would became head pro at Hamptworth, who gave up Tour golf after losing an eye to cancer.

Off the back of stronger foundations that helped beef up their junior section, Wiltshire went on to claim the English Men’s County Championship for the first time in 2011 and successfully defended their crown in 2012 – having also reached the finals in 2007 and 2009.

The likes of Bowood’s Jordan Smith, who claimed the English Strokeplay Amateur Championship in 2013, and Rushmore GC’s Ben Stow – who kept the Brabazon Trophy in Wiltshire by winning it in 2014 – came through the junior ranks to play for England and Great Britain and Ireland in the Walker Cup.

Wilthsire have been punching above their weight since the turn of the 21st Century.

Another member of Tomlinson’s team – Marlborough clubmate Ian Campbell – reached the final of the 2001 Amateur Championship at Prestwick, only to lose on the last hole to Ireland’s Michael Hoey, who would go on to play in The Open that summer at Royal Lytham and the 2002 Masters.

But they came close to having two different ones, back to back – a feat that was only achieved by Hampshire’s Scott Gregory and Harry Ellis two years ago.

Sell’s clubmate Ben Loughrey came through the Wiltshire Boys team to became an England international, playing in four English County Finals while younger brother Josh has been a winner on the Alps Tour and played on the Challenge Tour in 2016.

Ex-Wiltshire Boys and Men’s captain Ali James, whose family own Cumberwell Park, made his first team debut under Tomlinson and went on to captain Exeter University’s golf team.

County veterans Kev Phillips, from Broome Manor, who played with David Howell as a youngster, and High Post’s Pete Bicknall and Tom Burley – a regular winner on the South West amateur circuit – were members of Tomlinson’s county squad at the start of the 21st century.

The trio were still turning out for Wiltshire at South West Week as recently as 2012, along with James, while Tomlinson played six matches in the six-day marathon of foursomes and singles in 2018 and 2019 – at Cumberwell Park, and Parkstone.

During his period as an amateur player, Tomlinson was in the same Wiltshire side as Howell, who played in two Ryder Cups, and his regular county and England foursomes partner Gary Harris.

The latterwas the first player from the county to win the Brabazon Tour in 1994, although the Broome Manor member was controversially left out of the 1995 Walker Cup – where Howell would hole the winning putt for GB&I against a USA team featuring Tiger Woods, at Royal Porthcawl.

Harris, who struggled in the pro ranks playing on the Mastercard development Tour in the late 1990s after failing to get through the European Tour Qualifying School, was regarded by many as talented as the likes of Justin Rose, who broke through around the same time.

Harris went on to found the Jamega Tour, which has given aspiring players the chance to play professionally without having to be PGA-qualified, and which has been the launch pad for a number of ex-England amateurs to find their feet before earning promotion to the Challenge Tour via the PGA EuroPro and Alps Tours.

Tomlinson, who is a regular volunteer at Marlborough – one of the country’s premier chalkland courses – has also watched Wiltshire remain at the forefront of moves to modernise the game.

The Wiltshire County Golf Union and the Wiltshire Ladies formally merged in 2018, having spent more than a decade working together to form Wiltshire Golf, which was named England Golf’s County of the Year in 2019.

The new body works together to adminster the amateur game in the county and has pioneered the playing of the Wiltshire Boys’ and Girls’ Championships alongside each other at the same course.

They have developed a Wiltshire Junior Golf Tour for the U12s with nine tournaments and there are 120 boys and girls in the expanded junior programme, started by the boys at Hamptworth G&CC nearly 20 years ago.

“Wiltshire has never forgotten that the organisation is in existence to serve the interests of the clubs and players.”

Tomlinson is in the perfect position to promote Wiltshire’s successes on an even bigger stage with England Golf in 2020.