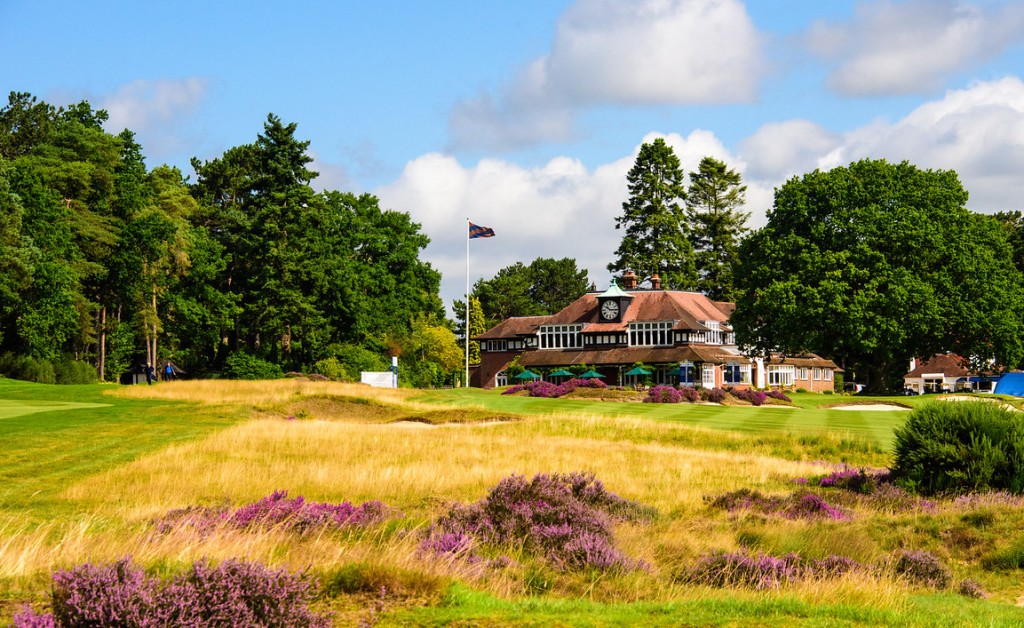 he majestic Sunningdale clubhouse where the 2020 Senior Open will be hosted the Staysure European Tour has announced. Picture by KEVIN DISS

SUNNINGDALE Golf Club will host The Senior Open for the third time when Europe’s only Senior Major Championship returns in 2020.

The Old Course at Sunningdale first hosted The Senior Open in 2009, when America’s Loren Roberts defeated compatriot Fred Funk and Ireland’s Mark McNulty in a play-off.

Another American, Marco Dawson, was triumphant when the Senior Major returned in 2015, finishing one stroke ahead of Bernhard Langer.

In addition to two Senior Opens, Sunningdale has also hosted the British Masters, the European Open, The Seve Trophy, The Walker Cup, AIG Women’s British Open and has been a qualifying venue for The Open.

The R&A’s executive director of championships Johnnie Cole-Hamilton said: “The Senior Open continues to grow in stature and Sunningdale will be an outstanding venue for the 2020 championship.

“The top senior players in the world will relish the challenge presented by the Old Course and we can look forward to an excellent week of world-class golf.”

The European Tour’s Staysure chief David MacLaren said: “We are very pleased to announce The Senior Open’s return to the incredible Old Course at Sunningdale.

“The Senior Open offers us the unique opportunity to visit both traditional Open-rota venues and other world-class golf courses in the British Isles.

“Sunningdale is consistently ranked as one of the best courses in the world, not just the United Kingdom, and we are all looking forward to returning next year.”

Among those who will be eligible to compete in their first Senior Opens are five-time Major Champion Phil Mickelson, 2003 US Open champion and 2018 USA Ryder Cup Captain Jim Furyk and 2003 Masters winner Mike Weir.

Nick Howe, chairman of Sunningdale’s tournament committee, said: ‘’We are delighted The Senior Open is returning to Sunningdale in 2020.

“It is the third time we will have held this prestigious event and we are very much looking forward to hosting the best senior golfers in the world and seeing how they navigate the challenges of The Old Course, now ranked the No. 1 course in England.’’

About The Senior Open

The Senior Open Presented by Rolex will return to Royal Lytham & St Annes for the first time since 1994 when the 33rd edition of the Championship is staged from July 25-28.

Bobby Verwey, John Fourie, Bob Charles and Tom Wargo were the winners of Europe’s only Senior Major Championship on the Lancashire links during this time.

Royal Lytham & St Annes has hosted The Open on 11 occasions and hosted the Ricoh Women’s British Open in 2018.

Miguel Ángel Jiménez became the third consecutive European winner of The Senior Open after his one-stroke victory over defending champion Bernhard Langer on the Old Course at St Andrews in 2018.

Paul Broadhurst started the run of European victories at Carnoustie in 2016.

In 2017, Langer became the first golfer in history to win 10 Senior Major Championships, as he joined Gary Player and Tom Watson as the only three-time winners of the Senior Open Trophy with his victory at Royal Porthcawl Golf Club in Wales.

The Senior Open was introduced in 1987 at Turnberry in Ayrshire when Neil Coles, the former chairman of the board of directors of the PGA European Tour, won the inaugural title.

This led, two years later, to the formal inception of the European Senior Tour. In 2018, the Senior Tour was rebranded with Staysure becoming the first title sponsor of what is now known as the Staysure Tour.