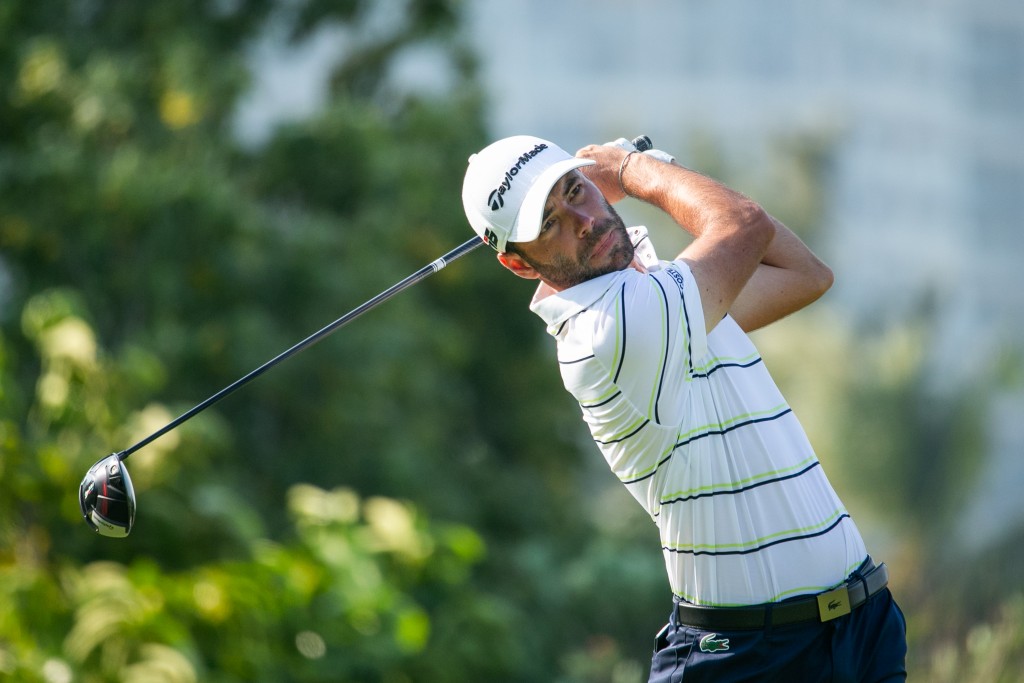 Robin Roussel aims to go one better than in the Hainan Open by winning the Foshan Open in China, in his quest to be crowned No. 1 on the European Challenge Tour’s Road to Mallorca. Picture by GETTY IMAGES

ROBIN Roussel is taking inspiration from last year’s champion Victor Perez as he bids to move to the top of the Road to Mallorca with a strong performance at this week’s Foshan Open.

The Frenchman is currently in second place on the Road to Mallorca rankings following a runner-up finish at the Hainan Open last week.

Roussel will now go in search of his second win of the season in the event which offers the biggest prize fund, at Foshan Golf Club, from October 24-27.

And after securing his European Tour playing privileges in Hainan, Roussel now has his eye on being crowned Road to Mallorca No. 1, a posiition currently occupied by Italian Francesco Laporta, the winner in Hainan.

Rouseel knows his form from 2019 could provide a vital platform for next season.

Robin said: “We have seen Victor Perez, Robert MacIntyre, Romain Langasque and some others, like Sebastian Soderberg, play well this year.

“It brings me a lot of confidence because it shows that everybody who jumped from Challenge Tour to the European Tour can perform straightaway.

“To win the Road to Mallorca would mean a lot because it obviously means you’re the one at the top at the end of the season.

“It means that you can perform in the biggest events of the season, which means a lot because it means you can be clutch in the right moments.

“The last three events are the three biggest so if you want to finish well in the rankings then you need to finish strongly in these events.

A year ago in Foshan, MacIntyre and Perez both holed very long putts on the 72nd hole – MacIntyre for eagle and Perez for birdie – to reach a play-off, which the Frenchman won to move up from outside the top 15 to second on the money list.

With a cheque for $70,000 available to this week’s winner there is everything to play for those who occupy the top 15 places, which are separated by 55,000 points.

Germany’s Alex Knappe could – depending on the finishing positions of other players – move from 89th on the Road to Mallorca to the cusp of the top 15 with a win in China so there is plenty to play for in the Foshan Open.

It represents a week which could transform a whole season.

Hampshire’s Richard Bland – the oldest player inside the top 15 who will earn their full European Tour card for 2020 at 46 years old – is currently in fifth place.

The Stoneham GC member won the Challenge Tour Grand Final in 2001, his only victory in 21 years on Tour.

Bland has had three runner-up places and a third this year, his most successful in six full seasons on the Challenge Tour, and is looking to earn promotion back to the European Tour for a fourth time.

Scotland’s Calum Hill – winner of the Made in Denmark and Euram Bank Open – is in fourth, while Lancashire’s Jack Senior, who finished first in the ISPS Handa World Invitational in Northern Ireland, in August, is sixth going into the Foshan Open.

All three have realistic ambitions of claiming the top spot.

That trio will be looking to close the gap on Laporta and Roussel this week, while other Home Nation players – Cormac Sharvin, from Northern Ireland, in eighth place, Royal Liverpool’s Matthew Jordan (10th), Scotland’s Conor Symes (13th), and Welshman Oliver Farr – the recent winner in Morocco – who occupies the crucial 15th spot, can all take a big step towards wrapping up their card for 2020.

Twenty-eight-year-old Roussel is experiencing the end-of-season ‘Chinese Swing’ for the first time and has been impressed thus far, particularly with the organisation of each event.

“I have enjoyed my time in China so far,” Roussel said. “Last week was amazing on Hainan Island and I just arrived here in Foshan on Monday.

“I played the course for the first time and it is a lovely course. I heard this event was so well-organised and I have witnessed it since I’ve been here. I’m enjoying it very much.”

Only the top 45 players on the Road to Mallorca rankings at the conclusion of the Foshan Open will tee it up in the event, meaning the plethora of players currently outside that mark have it all to do this week to secure a spot in the field.

On the bubble in the 50s are Lincolnshire’s David Coupland (53rd), former Amateur Champion Garrick Porteous (57th) Walton Heath’s David Boote (58th), and Kent’s Matt Ford (59th), who all need a good week to qualify for the season finale.

To see the current Road to Mallorca rankings click here.

The 2019 Foshan Open will begin at 6.55am local time tomorrow (Thursday), with Dutchman Wil Besseling, Simon Hawkes and Wiltshire Ben Stow getting the action under way from the 10th tee, while Roussel will begin his tournament at 7.45am from the first.