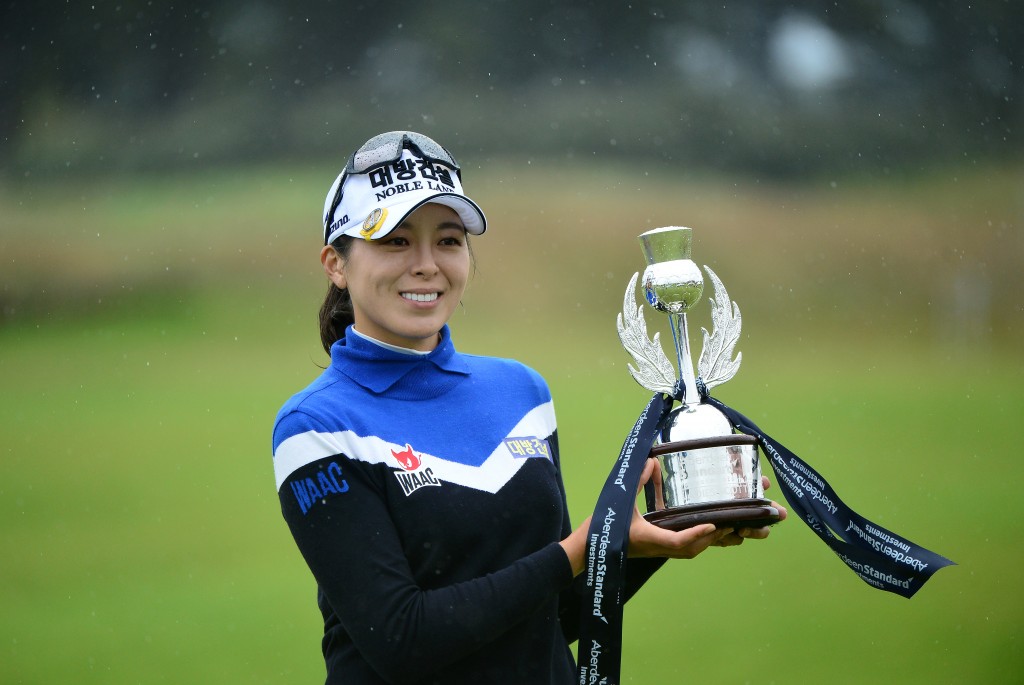 Korea’s Mi Jung Hur will return to The Renaissance Club, in North Berwick, in 2020 to defend her Scottish Ladies Open title. Picture by GETTY IMAGES

THE Renaissance Club will again host the European Tour’s Scottish Open and the Ladies Scottish Open in 2020, with both events returning to the picturesque East Lothian venue for a second successive season.

Both events will again be sponsored by Aberdeen Standard Investments – the 2020 edition of Scotland’s national men’s open will be played on July 9-12, followed closely by the women’s event on the same course from August 13-16.

Golf fans from East Lothian and beyond flocked to the Tom Doak-designed course for this year’s Scottish Open as the event attracted more than 66,000 spectators – the highest figure since the tournament began travelling to venues across the country in 2011, following a 16-year spell at Loch Lomond Golf Club.

In 2020, the Aberdeen Standard Investments Scottish Open will once again form part of the European Tour’s Rolex Series – the eight premium tournaments on the Race to Dubai – as well as taking its traditional slot in the week before The Open.

The Ladies Scottish Open, which is co-sanctioned by both the Ladies European Tour (LET) and Ladies Professional Golf Association (LPGA), has also become established as a key event in the schedules of many of the world’s best female golfers.

The 2020 tournament will be played the week before the AIG Women’s British Open.

Founded in 2008, The Renaissance Club nestles on 300 picturesque acres along the Firth of Forth and is one of the newest additions to the world-famous stretch known as Scotland’s Golf Coast. 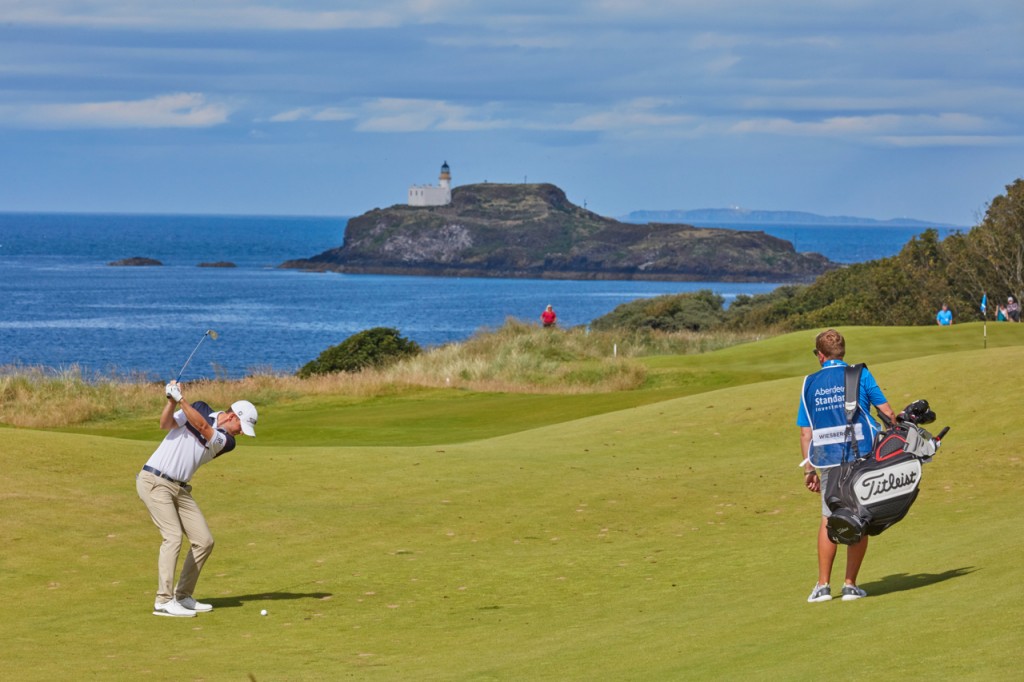 The European Tour will return to East Lothian when The Renaissance Club hosts the Aberdeen Standard Investments Scottish Open in 2020 just weeks before the Ladies Scottish Open also returns there for a second successive season. Picture by PAUL SEVERN

With a minimalist design that incorporates the natural features of the land, the course has quickly become established as another East Lothian golfing gem.

The Renaissance Club has proven a significant addition to the golf tourism offering in East Lothian, gaining worldwide acclaim for the quality of its layout and design.

As part of its commitments to hosting Scotland’s two national opens for the first time this year, the club continued to support the golf tourism industry in Scotland by targeting additional visiting golfers from around the world as well as introducing a reduced rate for Scottish Golf members through their seasonal tee time programme.

The club also worked with both VisitScotland and Scottish Golf to support and fund women and junior golf development initiatives and make its practice facilities available to Scottish Golf’s amateur squads during preparation for major events.

“The facilities Jerry and his team offer both sets of players, on and off the course are second to none. The feedback we’ve received is that the location works well with the golfing public as well as our colleagues.

“We’ve also listened to the professionals who played the course this year and collectively we will be implementing a number of changes based on their feedback.

“We look forward to welcoming back the world’s best players to Scotland’s golf coast, for what is sure to be another memorable two weeks of golf next summer.”

European Tour chief executive Keith Pelley said: “Jerry Sarvadi and the team at The Renaissance Club proved to be wonderful hosts when they welcomed the Aberdeen Standard Investments Scottish Open for the first time this year, and we are delighted to be coming back to this beautiful part of Scotland once again.

“Golf fans in East Lothian have shown tremendous support for this event in recent years, firstly at Gullane in 2015 and 2018, and they turned out in force at The Renaissance Club this year.

“We’ll be working hard to make the event even bigger and better ahead of its return in 2020, and I thank our partners Aberdeen Standard Investments and VisitScotland for their continued vision and commitment in supporting this world class tournament.”

Jerry Sarvadi, the founder and chief executive of The Renaissance Club, said: “The 2019 events saw some of the world’s best players come to Scotland to compete in what ended up as very unusual, benign weather conditions for Scotland during the men’s competition and somewhat more normal conditions during the ladies’.

“We believe the 2020 event will only grow in stature, and we hope as many people as possible will come and watch the truly spectacular golf being played next year in July and August.” 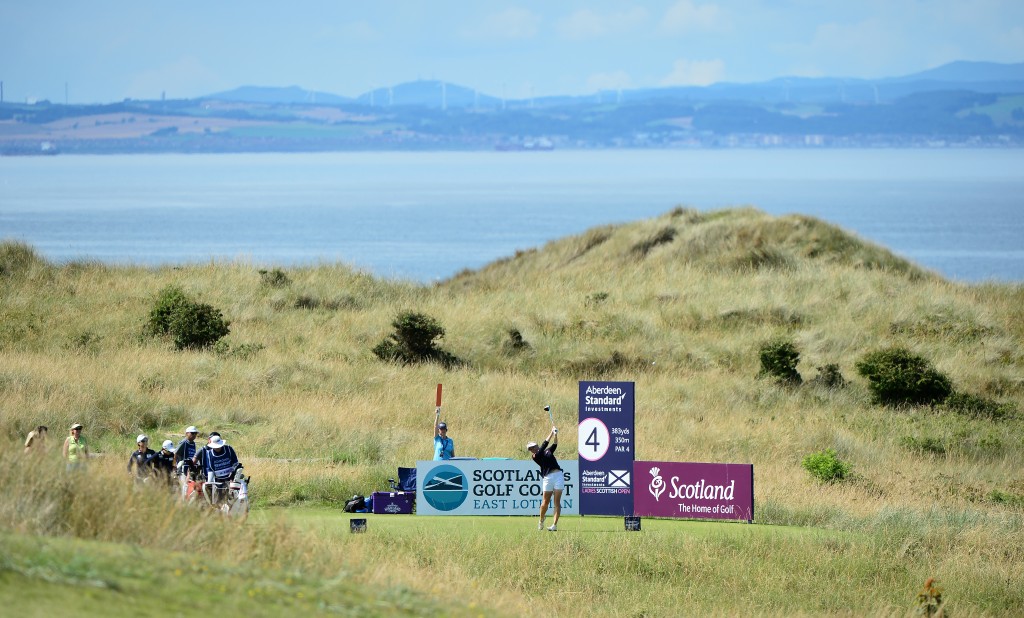 Players from both the European Tour, LPGA and LET have given feedback about the private members club close to Muirfield to make both 2020 tournaments even better say organisers. Picture by GETTY IMAGES

Gleneagles Embraces love.golf Social Group Coaching For Women
McIlroy maintains mulligan in the mountains would be marvellous despite millions