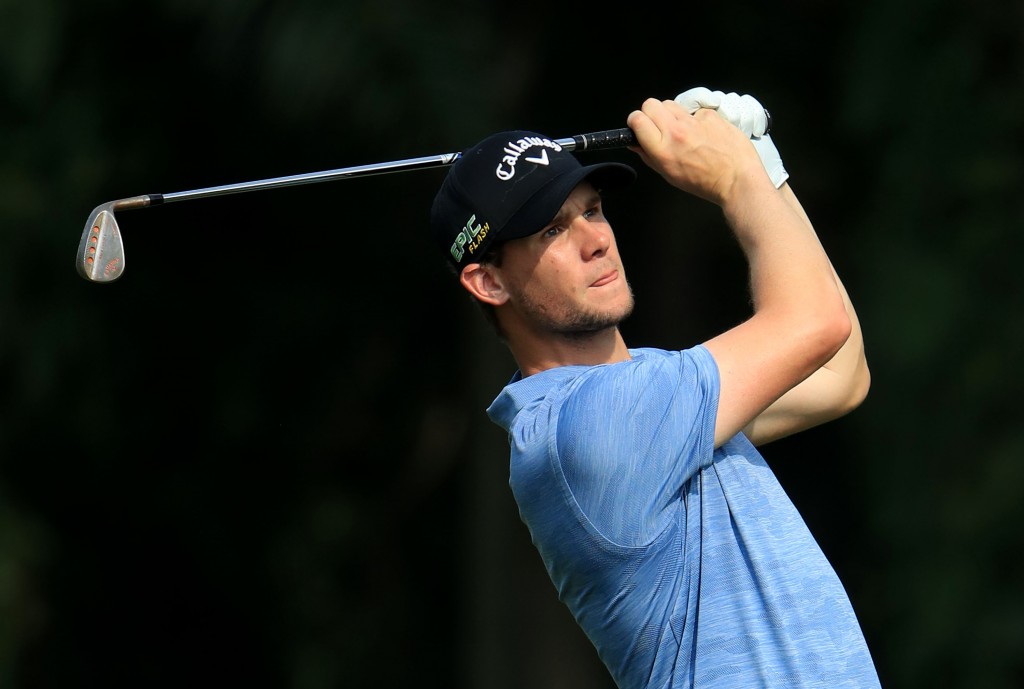 BELGIUM’S Thomas Pieters will take a one-shot lead into the weekend at the Maybank Championship after the golf course showed its teeth on Friday.

The big-hitting Belgian carded four birdies and a single bogey in his second round at Saujana Golf and Country Club to move to eight-under par.

Pieters said: “I struggled off the tee early on, at the end it was a lot better. It didn’t feel like a good day to me, I made the best of what I had.

“I gave myself a lot of chances but I couldn’t seem to get the ball in the hole.

“I birdied 16, the par three, it was a nice putt. But other than that I felt like I was missing putts all over.

“I tried not to over read the putt on 16. When you miss a couple of putts you try to read to much into it. I just put it down, looked once, and gave it a go.”

Apart from his struggle on the greens, the main talkling point of the week has been about Pieters unusual golf bag – which lacks a sponsor.

Pieters has turned it into an advertisement and revealed: “It was my idea.

“My brother has a creative company, but it was actually my idea. I thought, why not, it’s empty. I thought it was quite funny, and it got picked up this week. I think it was Jamie Gough that tweeted and a few people were talking about it.

“If Eddie Pepperell wants to put his face on it, I will happily take it.”

It had seemed Pieters and his fellow challengers might be fighting for second rather than top spot when overnight co-leader Nacho Elvira opened up a four-stroke lead over the chasing pack early in the afternoon.

But as the wind picked up, the Spaniard dropped three shots in two holes on the back nine to slip to seven-under, where he sits alongside Indonesia’s Danny Masrin in a tie for second place.

Nacho said: “I still feel like I’m playing solid. I struggled a bit on 14, I three-putted on 13. I had a really easy birdie chance then I three putted.

“Fourteen is a really tough hole, everybody knows it. The pin was tucked, I had a hard chip, anyway, double there and then three putted the next hole.

“Overall I’m happy. I’m hitting the ball fine, I’m putting myself in position to find the pins and I’m looking forward to the weekend.

“The tee shots feel like a dream. To be honest I’m picking up a little bit of confidence as the season goes on. I’m happy the way I’m hitting it right now.”

It’s a first appearance at this event – which is co-sanctioned by the European and Asian Tours – for four-time Major winner Ernie Els.

And after a second round 70 he sits at six-under alongside fellow South African Dean Burmester, American pair David Lipsky and Paul Peterson, Jazz Janewattananond, from Thailand, Germany’s Maximilian Kieffer and Australian Lucas Herbert.

Els said: “I think scoring conditions are a bit tougher than last year. I’ve never played here before but from what I’ve heard the guys usually make a lot of birdies.

“With the new greens the ball is releasing a bit and I kind of like that.  The last four years have been a real struggle, so I’m really happy that I’m playing good golf again.

“My body feels good and the ball striking is there now. On the greens I’m starting to feel really comfortable, so that means I can have a chance again to play with these guys.

“That’s what I want, to feel like I can have a chance playing Saturdays and Sundays and that’s kind of my goal.

“I’ve got to keep doing what I’m doing and eliminate the little mistakes.

“The one on 17 wasn’t very good. Got to try to get into the 60s and if you’re within three or four going into Sunday you’ve got a chance.

“Shubhankar showed that last year, coming out of the pack and winning.”

German Keiffer said: “I played really good today tee-to-green, hit a couple of wedges really close. I even had a few mid-range putts that just burned the edges, so really good.

“I played well here last year, played OK two years ago. You don’t need to be really straight off the tee but if you hit a wild one then it’s gone so that kind of suits me.

“The wind direction suits me better than last year because I can’t quite reach the par fives this year. The wedge game was very good today, so that was the key.

“I’m very happy with the way I’m playing. Since I started working with my new coach (Ian Holloway) last year, I’ve been steadily getting better.

“Just focus on the process, that’s all you can do, and it’s been working for me.”