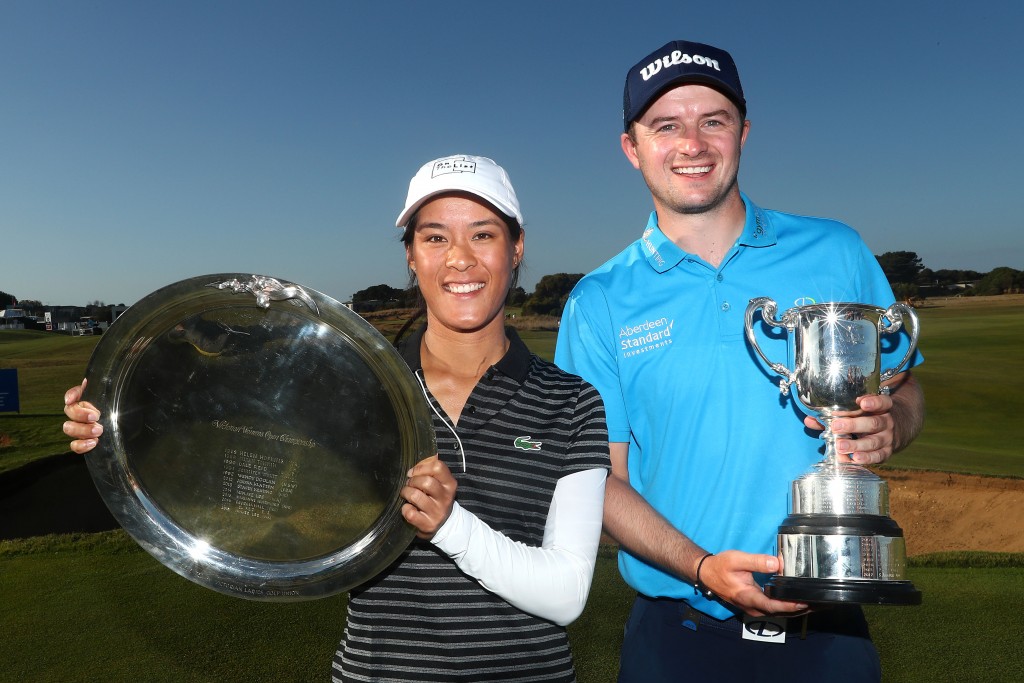 Law had called a penalty on himself to surrender a bogey on the ninth after accidentally making his ball move, which left him five shots back at the turn.

He was still three shots off the pace as he stood on the 16th tee at 13th Beach Golf Links.

But he made a birdie there and then produced a stunning second shot to eight feet on the par-five 18th hole to set up an eagle.

That big finish put the 27-year-old into a share of the lead with Ormsby at 18-under and when the home favourite made a double-bogey on the 17th, he needed an eagle of his own on the last to force a play-off.

When he could only make a birdie, Challenge Tour graduate Law secured a one-shot victory in just his 18th European Tour appearance.

The win completes a remarkable turnaround on the course for Law, who was on the brink of taking on other work over the winter before winning last season’s SSE Scottish Hydro Challenge and finishing 14th on the Challenge Tour Race to Oman to secure his European Tour card for 2019.

Law, who became a father to a baby girl in December – less than 18 months after losing a stillborn son with his partner Natasha – said: “I never thought it would have happened at the start of the round, but I dug in on the back nine – especially those last three holes, we tried hard to finish really strong.

“We just knew on 18 that we were in the hunt. Until then it was just try to get in position for a top three, top two finish.

“Standing on the 18th fairway we knew making eagle we would put pressure on.

“I had a great shot in. It was a nice putt. It was eight feet down the hill, pretty straight. You just needed to get it going.

“I mean, it was amazing. I kind of thought I pulled it a little bit and it snuck in the left edge. It was a relief to see it drop.

Brad Kennedy finished in a share of second place at 17 under par alongside countryman Ormsby, one shot clear of South Africa’s Justin Harding.

Orsmby said: “You’ve got to try to take the positives from it. Disappointed for sure, would have been nice to get one on home soil, but onwards to next week.

“The game feels strong, I probably had a lot of chances to put everyone away early with the putter.

“It’s not like I putted badly I just burned the edges and they just didn’t drop.

“The one that stands out is obviously 17, it was just frustrating missing it there.

“Overall it was there for the taking, I just need to play a little smarter. But apart from one hole – all good.”

Another Australian in Jason Scrivener made it four top 10 from five starts in the new season as he finished at 15-under alongside countryman David Bransdon and Scot David Drysdale.

Big-hitting Belgian Nicolas Colsaerts and Frenchman Clément Sordet were a further shot back.

In the women’s ISPS Handa Vic Open, which in an innovative week for world golf was also played over the Beach and Creek courses at the Barwon Heads venue for equal prize money, Celine Boutier carded a 72 to claim a two-shot victory.

The Frenchwoman finished at eight-under  to hold off local favourites Sarah Kemp and Su Oh, and England’s Charlotte Thomas.

Overnight leader Kim Kaufman, thefrom the USA, who had fought her way back on tour at the LPGA Qualifying School at Pinehurst in November, had a day to forget carding a six-over 78 to fall back into a share of eighth place.