By Andrew Griffin on 6th November 2019 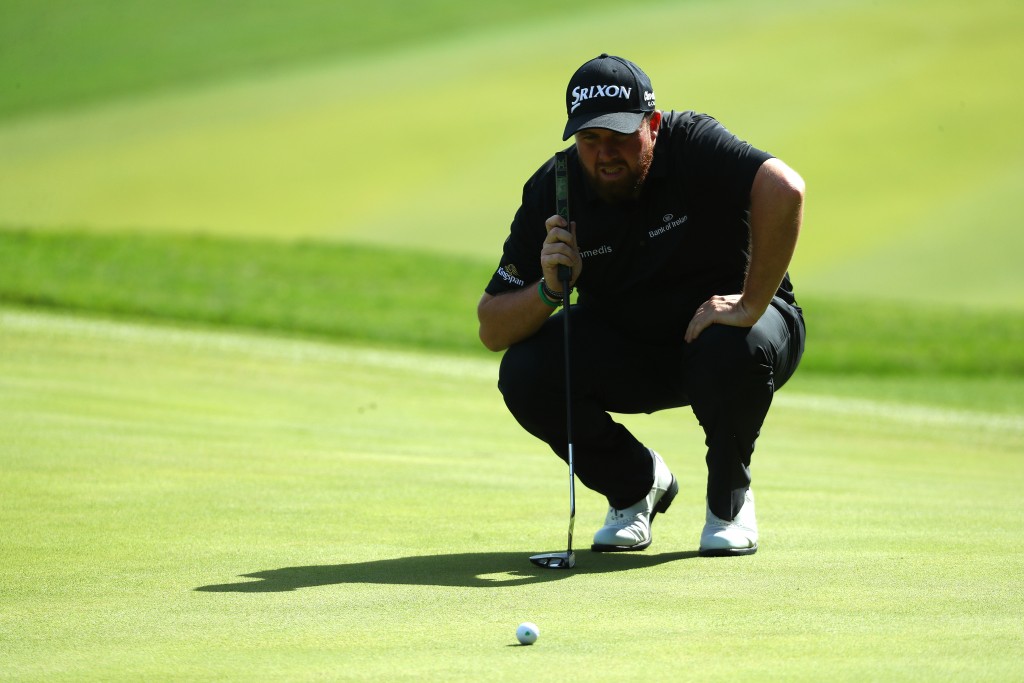 Open Champion Shane Lowry wants a win in the Turkish Airlines Open to boost his chances of wining the 2019 Race to Dubia. Picture by GETTY IMAGES

OPEN Champion Shane Lowry has his sights set on a strong finish to the 2019 Race to Dubai with the aim of becoming European No. 1 for the first time in his career as he prepares for the Turkish Airlines Open.

The Irishman, who triumphed at Royal Portrush in July, is less than 700 points behind current Race to Dubai rankings leader Bernd Wiesberger.

But, with increased points on offer in the final three events of the season, there is still all to play for, starting at The Montgomerie Maxx Royal in Belek, this week – – the sixth Rolex Series event of the season.

Already a Rolex Series winner this year after securing the Abu Dhabi HSBC Championship in January, Lowry is going in search of a sixth European Tour title in Turkey.

Lowry was unable to mount a charge for a second WGC title in the HSBC Champions in Shanghai last week, finishing 43rd some 18 shots behind Rory McIlroy.

“It’s my main goal over the next few weeks to perform as best as I can,” said Lowry.

“It would be lovely if I got to the final 18 holes in Dubai with a chance to win the Race to Dubai. To be European No. 1 would be really special and would add to the year I’ve had.

“I think it would be the icing on the cake. I’m going to give it my best shot but if I don’t win it, I won’t be too disappointed.

“I’ve had a decent year and I’d be pretty happy with what I’ve got at Christmas,” said Lowry, who won the Irish Open when still an amateur in 2008.

“To start the year with a win in Abu Dhabi at a Rolex Series event was huge – that gave me the confidence going forward.

“Outside of a Major, as a European Tour player it probably doesn’t get much bigger. There are WGCs as well, but Rolex Series events are definitely up there.”

Returning to Turkey with happy memories from last year are Thomas Detry and Martin Kaymer.

A back-nine blitz of five consecutive birdies saw him move to 15-under, two strokes behind defending champion Justin Rose, who defeated Li Haotong in a play-off.

Detry said: “I have just taken two weeks off, so I feel fresh and ready to play well.

“Got good memories from here last year. Finished third. It’s the start of a good stretch of golf and hopefully we’ll make the best out of this week.

“I rested the first week, really not doing much. Just seeing friends and been working out but not that much.

“Last week I picked up the clubs again. The weather unfortunately is not that good at home, but very happy to see some sun again.

“Last year, I played well the whole week. I think it was on Sunday afternoon, I made five birdies in a row and pushed me from 15th spot to tied for third.

“I played nine holes yesterday. The course is beautiful, really good,” added Detry, who is still looking for his maiden win on the European Tour.

“Played here a long time ago when I was practicing. I came down here with the Belgian federations, and I’ve had a faint memory of a few holes. But it will be good to play to refresh my mind.”

Kaymer finished in a share of fifth last year and is a regular visitor to the region.

Kaymer said: “I came here I think every year since the tournament is on. It’s nice, especially that time of year.

“Being in Germany last week, seeing the weather there, the practice facilities. It’s nice to come out here and enjoy the great golf courses that they have around here.

“The game is feeling fine. I feel fairly calm on the golf course. I really enjoy that whole process that I’m going through right now, focusing on the right things. Not being distracted too much by stuff that doesn’t really matter.

“Yeah, it’s one of those weeks that I look forward to every year to get here,” added Kaymer, whose last of 11 European Tour wins came in the 2014 US Open.

“Sometimes it’s a bit underrated. It does still mean that you had a decent season. That’s all you can do this week. Try to do your best and stick to that form.”

At 66th and 71st on the Race to Dubai rankings respectively, both players will be looking to secure their spots in the Nedbank Golf Challenge and DP World Tour Championship, Dubai.

Just the top 60 and then 50 players available from the Race to Dubai rankings will take part in the final two events of the season.

•To see the first round tee times in the Turkish Airlines Open click here.