By Andrew Griffin on 1st January 2020 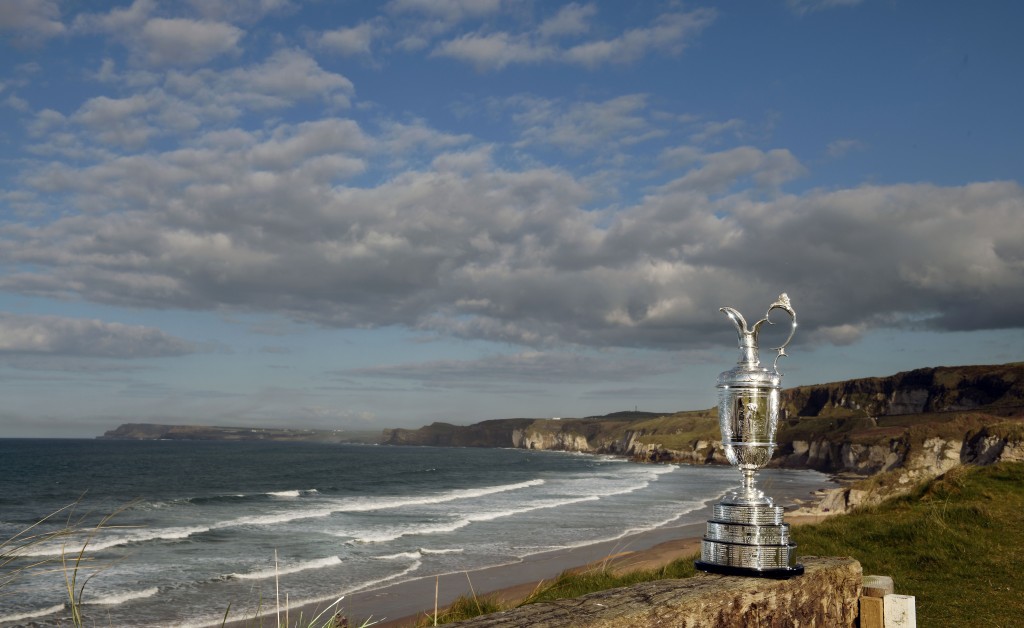 The 148th Open Championship at Royal Portrush generated more than £100million for the Northern Ireland economy according to a new study. Picture by The R&A

THE 148th Open at Royal Portrush generated more than £100 million of economic benefit for Northern Ireland, according to an independent study.

The Open, which returned to Northern Ireland for the first time since 1951, brought some £45million of new money into the province’s economy.

Northern Ireland also gained £37.3 million worth of marketing as a result of more than 5,400 hours of global television coverage.

R&A chief executive Martin Slumbers said: “The 148th Open at Royal Portrush made history as the largest sporting event ever to be held in Northern Ireland and generated a substantial economic benefit.”

The study was carried out by Sheffield Hallam University’s Sport Industry Research Centre (SIRC) on behalf of The R&A.

An additional £23.7 million was identified by Tourism Northern Ireland in terms of “advertising equivalent value” for golf tourism in the region, from monitored media coverage across Ireland and internationally.

“The return of the championship to Royal Portrush was eagerly anticipated and we enjoyed a hugely memorable week where we welcomed tens of thousands of spectators to an outstanding championship venue to witness Shane Lowry lifting the Claret Jug,” Mr Slumbers added.

“Its success further demonstrates Northern Ireland’s ability to seamlessly deliver world-class events which have a very positive impact on the local economy.

“These figures confirm its hugely significant impact on our economy.

“Visitors to The Open were able to enjoy the unrivalled beauty of the Causeway Coast and the warm hospitality which our destination is renowned for.

“Research has shown the positive effects of hosting The Open will be felt for many years.

“I have no doubt the Causeway Coast and Glens will continue to capitalise on its experience as a world-class host of The Open.”

The 148th Open attracted 237,750 fans, an attendance record for a championship staged outside of St Andrews.

More than half of the spectators who attended The Open (57.6 per cent) travelled from outside Northern Ireland including visitors from elsewhere in the UK (20.2 per cent) and the Republic of Ireland (18.2 per cent).

Eight out of 10 visitors told researchers they were more likely to visit Causeway Coast and Glens and Northern Ireland in the next two years as a result of their attendance at The Open. 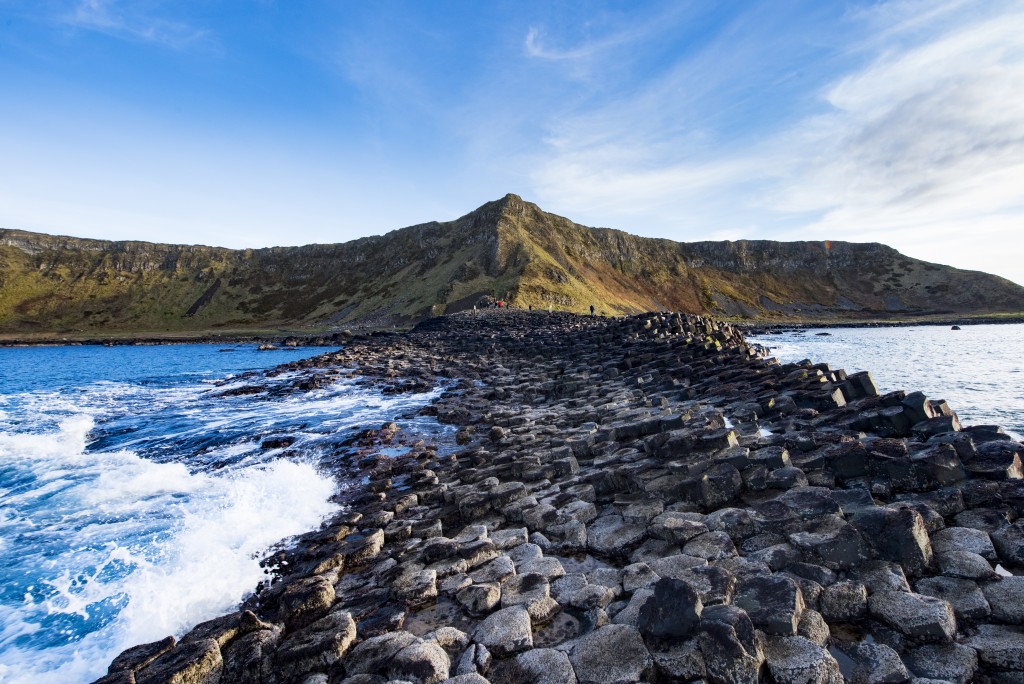 Some 83 per cent of people who attended The Open Championship at Royal Portrush, in July, said they were more likely to visit The Giant’s Causeway Coast and Northern Ireland before 2021, as a result. Picture by Northern Ireland Tourist Board

The Open is golf’s original championship and its return to Northern Ireland and Royal Portrush for the first time in 68 years was a huge success, the organisers claimed.

A key aim of The R&A is to attract a younger audience, and more than 30,000 spectators under the age of 25 attended in 2019 – including 21,000 children under the age of 16, who were admitted free of charge under the long-running Kids Go Free initiative.

The study was commissioned by golf’s governing body The R&A and supported by Tourism Northern Ireland and Causeway Coast and Glens Borough Council.

The figures relate to the week of The Open and do not include the additional economic benefit accrued in the years following the Championship. 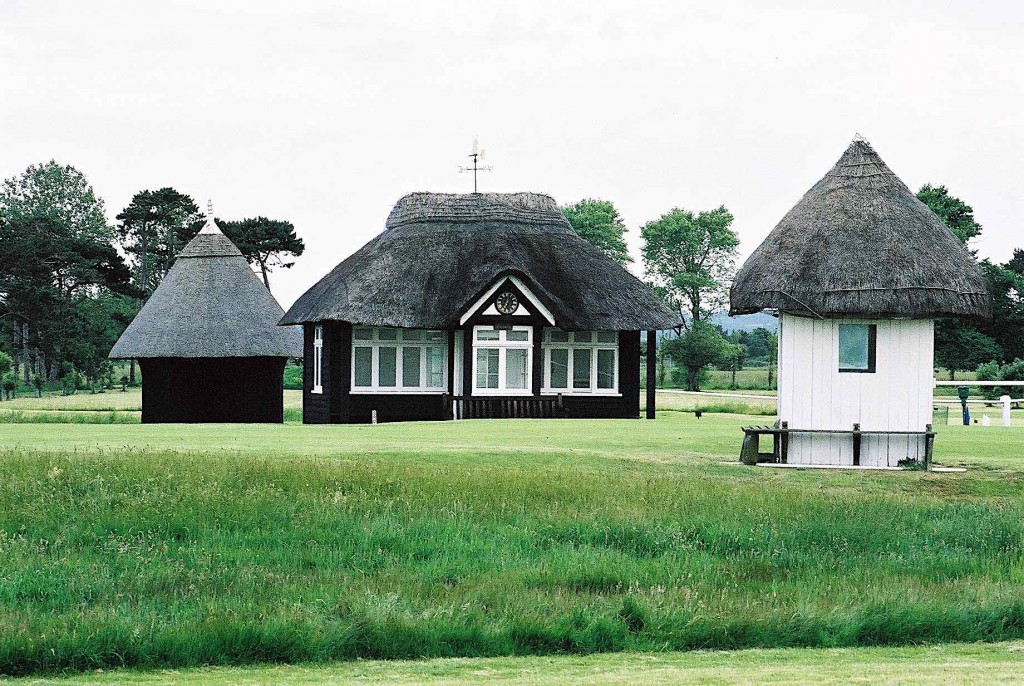 Royal St George’s will host the 149th Open at Sandwich, in July, for the first time since 2011. Picture by ANDREW GRIFFIN / AMG PICTURES

THE 149th Open will take place at Royal St George’s from July 16-19 with many ticket categories – including the weekend – having already sold out.

Fans eager to attend the Championship’s return to the Kent links for the first time in almost a decade can only purchase tickets for the practice and the first day’s play after Friday’s tickets also sold out in the last few days of 2019.

Ticket and hospitality sales for Royal St George’s have been the fastest in the history of The Open with Championship Days on Saturday and Sunday as well as weekly tickets and weekend bundles having already sold out.

Other past winners of the Open at Royal St George’s include Greg Norman (1993) and Sandy Lyle (1985), although none was more of a shock than when unknown American Ben Curtis pipped Thomas Bjorn and Tiger Woods to the Claret Jug in 2003.