By Andrew Griffin on 1st November 2019 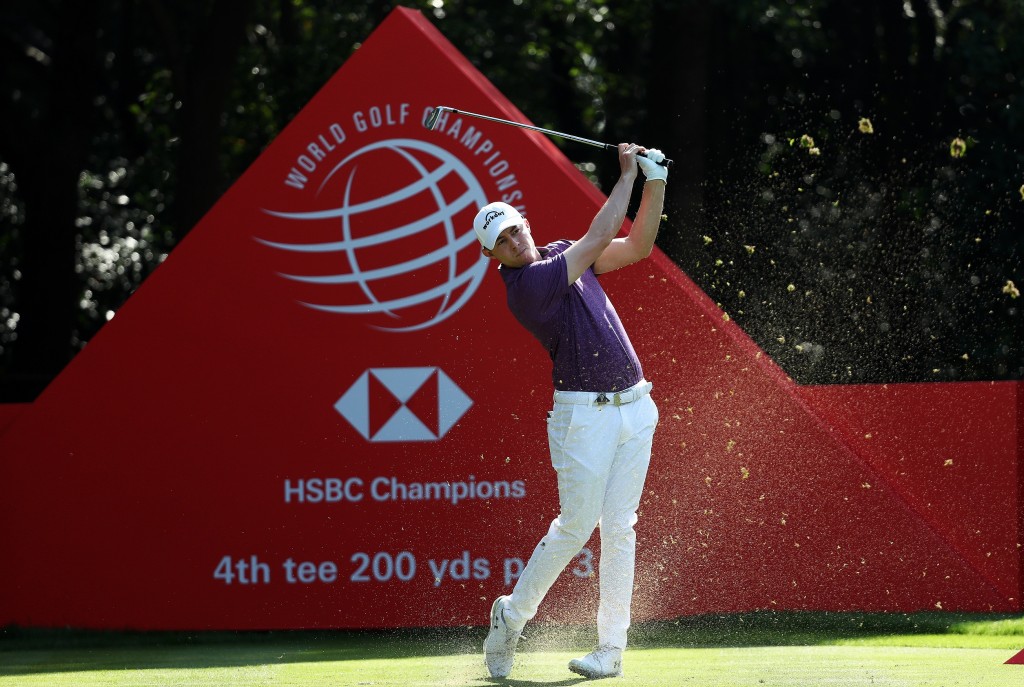 MATT Fitzpatrick will take a one-shot lead into the weekend at the WGC-HSBC Champions as he seeks the victory that will extend his winning streak over the first four years of his career to a win in every season.

But he will have World No. 2 Rory McIlroy breathing down his neck at Shanghai’s Sheshan International Golf Club.

Both players carded rounds of 67 in the second round, with Fitzpatrick moving to 11-under and leading the way by one from his 2016 Ryder Cup team-mate.

The 25-year-old is looking to extend his impressive record of having won every year since he graduated from European Tour Qualifying School in 2014.

The Hallamshire GC member, who won the US Amateur in 2013 – the first English winner since Harold Hilton in 1911 – has four second places on the 2019 Race to Dubai.

Matthew Fitzpatrick, who has added the invaluable experience of Billy Foster as his caddy in 2019, said: “The back nine, I putted fantastic, as good as I’ve putted all year.

“The rough is tough. The greens are firm – they are slopy as well. Today was definitely difficult.

“It’s where you want to be, at the top after two rounds. Obviously better to be there for four, but it’s a good start to the week.

“Getting a little bit more comfortable with my game than last week, so hopefully carry on over the weekend.

“It’s so important to the fairways here, because you miss them, you’ve either got a terrible lie and hacking out, or you’ve got a good lie and getting a flyer.

“It’s a big key to hitting fairways around here and if you can keep doing it, you’ll give yourself more chances.

“I’ve been fortunate enough to be in this position a few times already this year – a little bit different being a WGC.

“It means a little bit more to everyone. Still the same plan. Still trying to hit fairways and greens, and really that’s the key around here is if you keep it out of the rough, you’ve got a good chance.”

A victory on Sunday would be his first in a World Golf Championships event and represent another milestone in the Yorkshire ace’s career.

McIlroy has finished second seven times since his last European Tour victory at the Dubai Duty Free Irish Open in 2016.

Rory was happy not to be playing catch up heading into the weekend as he tries to add the HSBC Champions to the 2014 WGC Bridgestone Invitational he won at Firestone, and the WGC Cadillac Matchplay title he won at San Francisco’s TPC Harding Park, in 2015.

McIlroy said: “Delighted with the first two rounds. To put myself right in contention going into the weekend is something that I wanted to do.

“It’s something that I haven’t done a lot of over the last few weeks. I’ve sort of had bad starts and then clawed my way back into a good position at the end but to be right in the tournament after two days, I’m excited.”

“I think my short game has been really good, which takes the pressure off your long game.

I can be a little more free with my long game, go at a few more pins and be a little more aggressive. And because of that, I’m hitting it closer and giving myself plenty of chances for birdies.

“If I do miss, I’ve got my short game to ball back on and rely on and I’ve been able to get the ball up-and-down very well the last few months.

“All of that combined with the second shots, and confidence if I do miss a green, that’s been a key to shooting some of these low scores.”

Defending champion Xander Schauffele, South Korean Sungjae Im and Australian Adam Scott were then at nine-under, a shot clear of local hero Li Haotong and Frenchman Victor Perez, who won the Foshan Open in China on the European Challenge Tour, a year ago.

Schauffele, who has been feeling poorly, is not giving up on his title.

The American said: “I’ve been preparing all year, and I’ve looked forward to coming back here all year. I’m not going to let the flu get my hopes down.”

Oosthuizen will be keen to finish off a good third round before South Africa tackle England in the Rugby World Cup final in Japan, which kicks off at 9am UK time.

•For live scoring from the HSBC Champions third round click here.