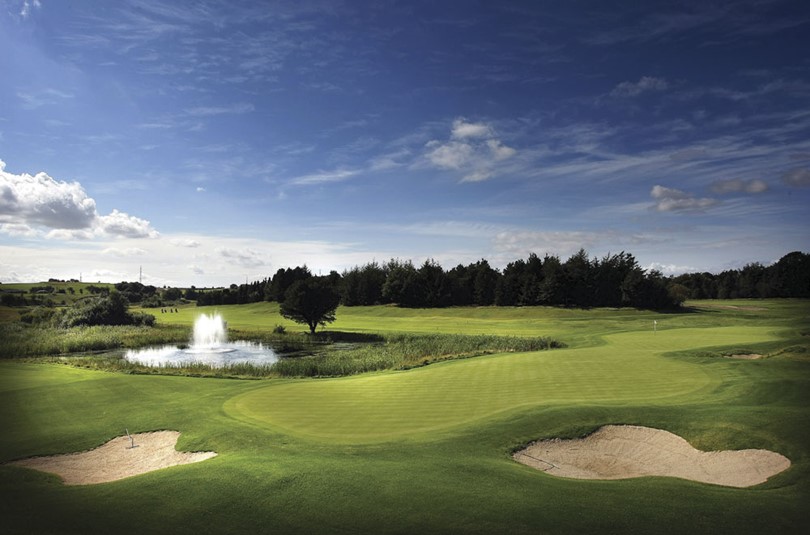 THE European Tour has cancelled two more events in the spring – but has raised the prospect of resuming its schedule in time for the Irish Open, at the end of May.

Both the Made in Denmark and the unique GolfSixes Casçais event in Portugal, have joined the growing list of events cancelled or postponed by the spread of coronavirus (COVID-19).

European Tour chief executive Keith Pelley said: “Discussions regarding the possible rescheduling of all postponed tournaments are ongoing and we remain hopeful of European Tour action resuming in Ireland at the end of May.

“We will continue to monitor this global situation in relation to coronavirus and evaluate its impact on all our tournaments, with public health and well-being our absolute priority. ”

The Irish Open is set to be played at Mount Juliet Estate over the Whitsun May Bank Holilda.

Defending champion Jon Rahm will be looking for a third victory in the Emerald Isle.

A strong field including Fedex Champion Rory McIlroy and Open Champion Shane Lowry. committed to play in Kilkenny, where 2010 US Open champion Graeme McDowell will be the tournament host in the new slot allowing McIlroy to fit it into his playing schedule.

Mount Juliet Estate already boasts a prestigious list of winners after a three-year stint of hosting the event – with Nick Faldo, Bernhard Langer and Sam Torrance winning there in 1993, 1994 and 1995 respectively.

And McIlroy was hoping to join that list when he announced his return to play the Irish Open after skipping it last year after a four-year spell as the host.

The luxury five-star resort in Kilkenny also hosted the WGC-American Express Championship in 2002 and 2004 – won by Tiger Woods and Ernie Els respectively.

GolfSixes Casçais was scheduled to take place at Oitavos Dunes, near Lisbon, from May 9-10, while Made in Denmark – presented by Freja – was due to return to Himmerland Golf & Spa Resort, from May 21-24. 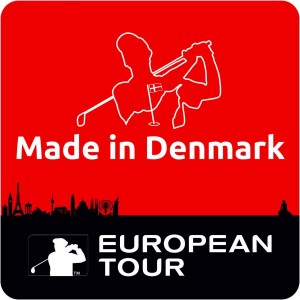 Made in Denmark promoter Flemming Astrup said: “We are very concerned about the current development of coronavirus and we believe the best decision is to postpone the event.

“We will now work closely with the European Tour to find a new date for Made in Denmark.

“It is still too early to say when, but both we and Himmerland Golf & Spa Resort are looking forward to present a fantastic course and tournament for players and fans – when we are on the better side of this unfortunate situation.”

The Made in Denmark has proved popular with interactive initiatives – including building a walkway between the 13th green and 14th tee throught a fans’ beer tent, playing loud music – giving the players a unique interaction on the European Tour. 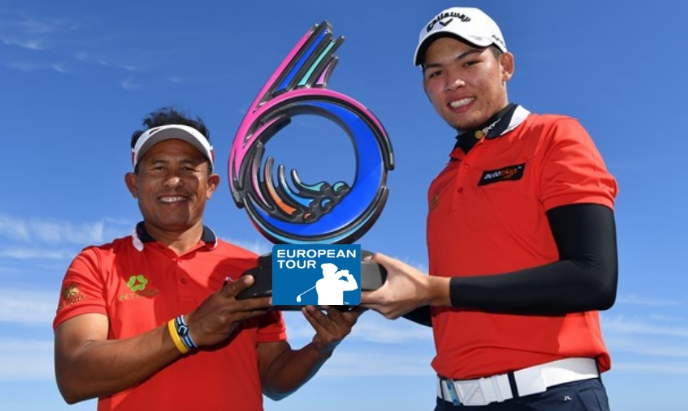 The 2019 GolfSixes winners Thongchai Jaidee (left) and Phachara Khongwatmai, from Thailand at Oitavos Dunes, in Cascais in Portugal. Picture courtesy of EUROPEAN TOUR

AFTER the first two GolfSixes were held at the Centurion Club, at St Albans, the European Tour switched its place in the schedule to Casçais in 2019, where Thailand emerged as the winners.

GolfSixes is the short form of the game, increasingly popular with youngsters and the format sees 16 teams made up of pairs contesting over just holes with the team winning the most holes progressing via a four team round-robin league to the semi-finals and final.

Austrian Bernd Weisberger was due to defend his Made in Denmark crown at Himmerland in two months’ time.

The cancellation of the two events brings the total of events either cancelled or postponed on the Euorpean Tour schedule up to 10, starting with the Magical Kenya Open in March, through to the Made in Denmark.

That sequence includes the first two Majors of the season – the Masters has been postponed for the first time since 1945 – with the USPGA Championship along with Augusta National bosses looking for possible dates later in the year.

•On Wednesday, the European Challenge Tour anncouned the Challenge de España, which had been scheduled to take place from May 14-17, had been provisionally rescheduled for July 2-5.

The decision was made in consultation with the tournament promoter and the Spanish Golf Federation, in light of travel restrictions due to the threat from coronavirus COVID-19.