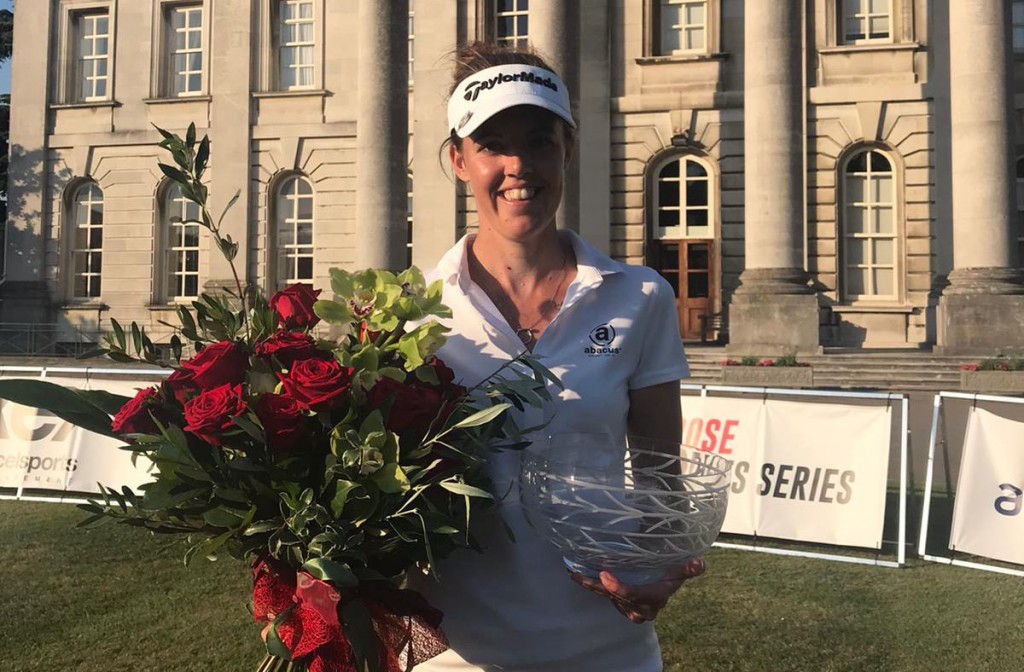 Meghan MacLaren put her foot down to get to five-under par through six holes at Moor Park. Picture by TRISTAN JONES

The temperatures hit 31 degrees Centigrade on the hottest day of the year in the United Kingdom as the 50-strong field tackled the High Course.

But the hottest player on the course as MacLaren, who raced to five-under after six holes on her front-nine – with a birdie at the first and eagle at the fourth.

Meghan – who helped rebrand teh Ladies European Tour by writing a script for the inspirational Raise Our Game video – birdied the short 10th to get to six-under.

The Wellingboro Golf Club member then made double bogey on the 11th after playing the wrong ball, followed by two further bogeys on the 12th and 13th.

But a brilliant birdie on the 15th cemented her position at the top of the leaderboard. 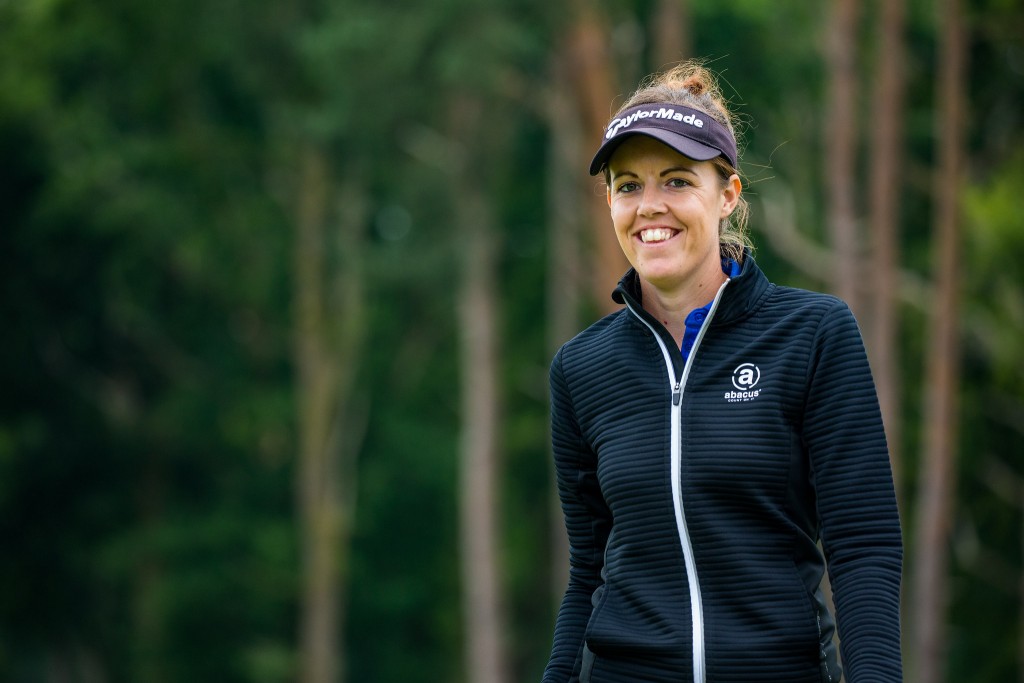 Meghan MacLaren put her foot down to get to five-under par through six holes at Moor Park. Picture by TRISTAN JONES

Meghan happy to get her edge back

Meghan said: “I think everybody felt a bit more comfortable this week.

“We were thrown in at the deep end last week, because the course was really tough, and this one was tough as well.

“But you start to get your edge back, bit by bit. It’s just nice.

“We all enjoy being here and you see the same faces, so it’s a really enjoyable atmosphere.

“For someone like Justin Rose to come out and sponsor this and say the things that he did and just give us some respect, it’s meant the world to all of us.

“To turn that into action is something that we will all be grateful for, for a very long time. Just getting to play – it’s nice to be out here again.”

The winner of the 2017 LET Access Series Order of Merit was presented with a cheque for £5,000 by Justin’s wife Kate.

Meghan posed for photos with the Rose bowl alongside her sister and caddy Becky as the penalty for playing the wrong ball did not prove costly at the end.

Young was a runner-up for the second consecutive week.

She moved into the lead on the American Golf Order of Merit ahead of Charley Hull, who won last week’s opener at Brokenhurst Manor, in Hampshire.

The Solheim Cup star tied for seventh at Moor Park, despite having played in a charity pro-am at Worplesdon Golf Club earlier in the morning.

Inci Mehmet and Beaconsfield’s Rachel Drummond also played 36 holes in one day and drove the 30 miles around the M25 to get to Moor Park for their afternoon tee time.

They tied for 21st and 34th place respectively, while another Solheim Cup star, Bronte Law was unable to match MacLaren’s sparkling form and had to settle for a share of 34th.

The Rickmansworth club has hosted European Tour events, and is the spiritual home of the Carris Trophy, one of the world’s top junior events.

The Rose Ladies Series is made up of eight tournaments. It moves next week to The Buckinghamshire Golf Club, the home of the LET.

The series will culminate in a two-day Grand Final to be held at The Berkshire and Wentworth’s West Course on August 6-7. 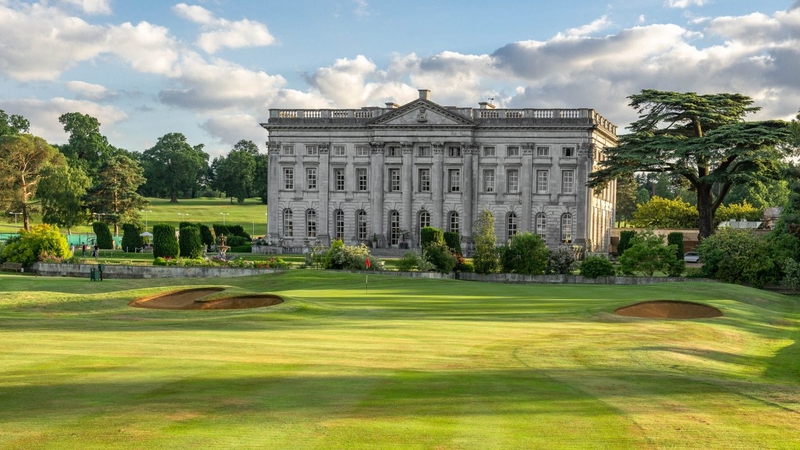