By Andrew Griffin on 8th November 2020 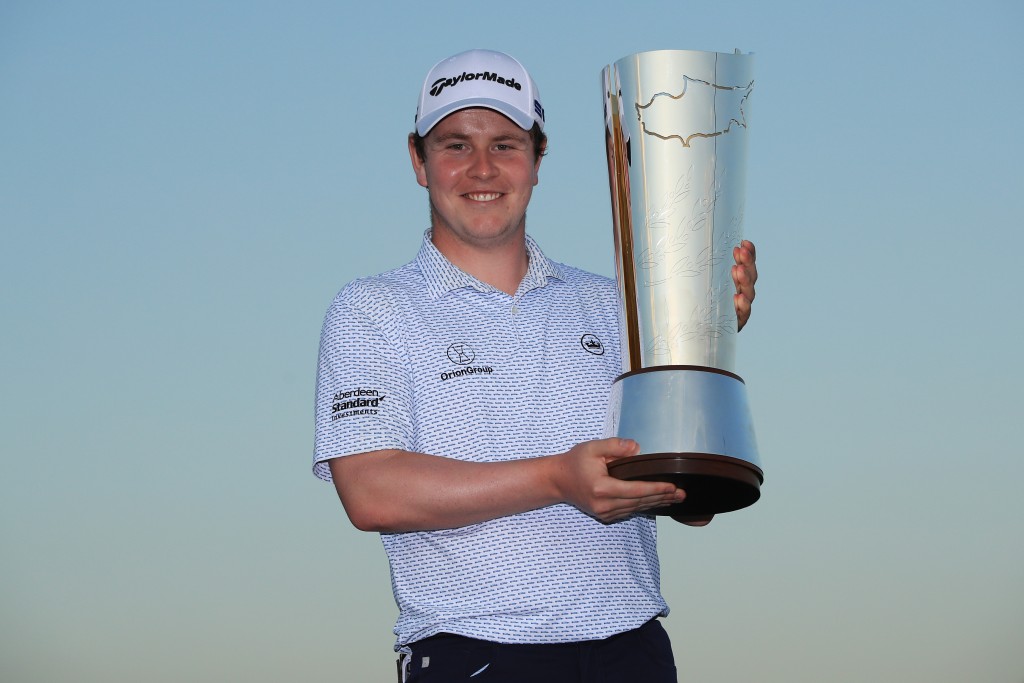 An emotional Robert MacIntyre broke through with his maiden European Tour win at the new format Aphrodite Hills Cyprus Showdown, thanks to a brilliant 64 on Sunday. Pictures by GETTY IMAGES

A seven-under par final round 64 earned the Scot a one-stroke victory in a thrilling finale to the European Tour’s ground-breaking shoot-out .

Tears welled up as the 14th different first-time winner of the 2020 European Tour season spoke to Sky’s Tim Barter.

He later revealed he had “struggled mentally” ever since the first lockdown brought the European Tour to a halt back in March.

An emotional MacIntyre said: “This is what I’ve been working for. It’s been a difficult few months for me.

“Only my family know what’s going on. I can’t believe it. My game is there, tee-to-green I’ve been absolutely brilliant the last two weeks.

“The putter has been cold, stone cold,” said Robert, who finished two shots outside of last week’s play-off in the Aphrodite Hills Cyprus Open, on the same course won by Hertfordshire’s Callum Shinkwin.

MacIntyre, from Oban, admitted it took a change in outlook to finally get over the line, playing in his 45th European Tour event – Colin Montgomerie took 57 events to claim his first victory.

The left-hander revealed: “I’ve done a lot of work in the last six months – not thinking about winning a golf tournament, just to play my golf.

“Last year, I was talking and thinking about winning golf tournaments when I was going down the back nine on a Sunday.

“But this year I’ve just tried to take my time and let it happen. What will happen will happen and it’s happened today.” 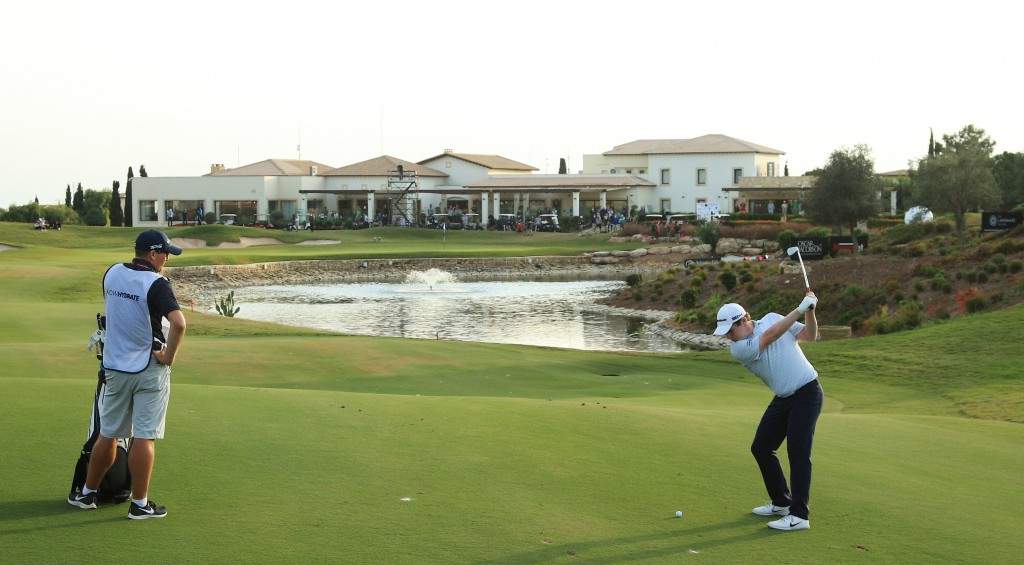 Storm delay was chance to regroup

MacINTYRE had to put the metal to the floor to claim victory with a fast finish in Cyprus.

He was just a shot behind leaders Marcus Armitage, from Manchestter and Johannes Veerman, the American rookie looking for his breakthrough, win as he played the 12th, on three-under.

But as soon as he made a birdie three on the 13th, a storm moved in with the threat of lightning forcing the players off the course.

And when he returned less than an hour later, he missed a makeable putt on the driveable 14th for another three.

MacIntyre, who faced Conor Champ twice in the 2017 Walker Cup clash against an American team that also included PGA Champion Collin Morikawa and Scottie Scheffler, revealed: “When the rain delay came in, I said to my caddie Mike: ‘It’s time to show up.’

“I hit a great iron shot into 15 and there it was. It turned up right at the right time. Mike did brilliantly too there.”

His tee shot on the 181-yard 17th came within inches of going in for an ace and minutes later he was celebrating victory on the 18th after a back-to-back birdie finish.

“It’s what I’ve dreamed of since being a wee kid watching Scottish Opens at Loch Lomond and to finally play on tour,” said MacIntyre, who lost the Amateur Championship final to Hampshire’s Scott Gregory in 2016.

MacIntyre, who turned pro after playing in the Walker Cup in Los Angeles three years ago, added: “I gave myself a lot of chances last year. This week’s format suited me and I took it.

“When that storm came in, I had good momentum. Then I missed a putt on 14th.

“But the seven-iron into 15 and the iron shot into 17 – I pulled it slightly but it was a perfect number and I just missed the hole. 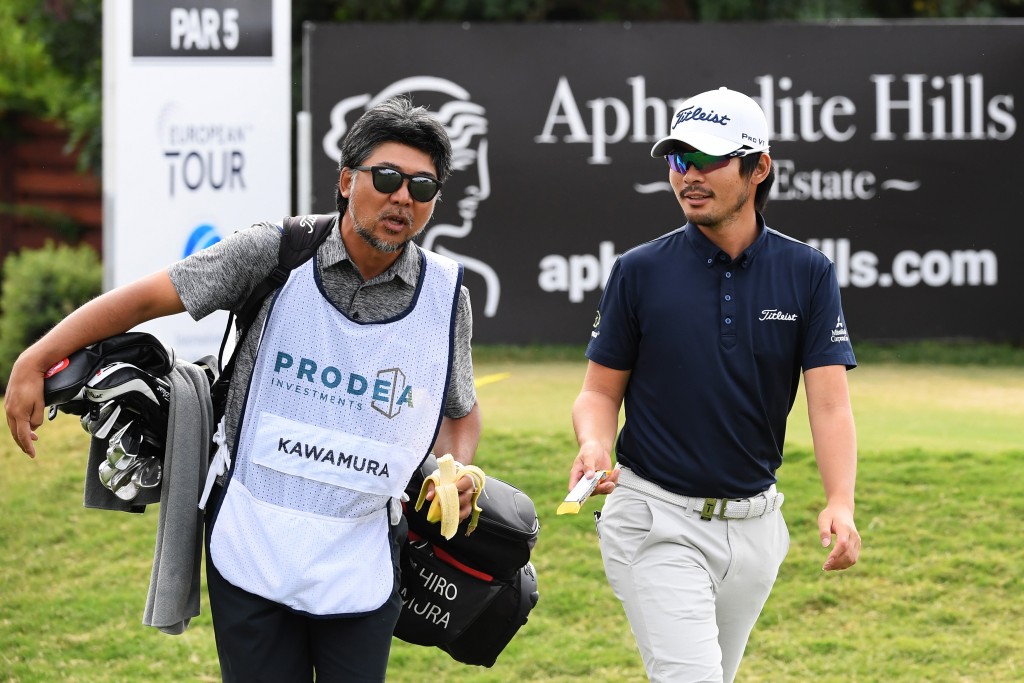 Kawamura’s fast finish was best yet on Tour

IT WAS just as well MacIntyre picked up three shots in his last four holes as Japan’s Masahiro Kawamura made four birdies on the back nine to post six-under as the clubhouse leader.

But 24-year-old MacIntyre carded eight birdies in the final showdown of the exciting new format, which saw all 19 players who had made it through to the final round start the day on level par in a sprint to the finish.

And with the lowest round of the day sealing victory, it was last year’s European Tour Rookie of the Year, who pocketed the cheque for €200,000.

It was a closely-fought contest until the final furlong but MacIntyre – who finished 11th place in last year’s Race to Dubai – almost holed a remarkable ace at the par three 17th.

He tapped in for birdie to take a share of the lead and then hit a fearless drive down the par five 18th.

Having hit the green – where Shinkwin made eagle to force a play-off on his way to his maiden win on the Mediterranean island seven days earlier, a simple two-putt earned MacIntyre his first victory as a professional.

It also booked his ticket to next month’s season-ending DP World Tour Championship, in Dubai – the fourth and final Rolex Series event of the campaign.

Spain’s Jorge Campillo finished in outright third sport on five-under thanks to an eagle on 18.

Armitage, who made seven on the last a week ago, made an expensive eight, which dropped him from a share of fourth down to 14th.