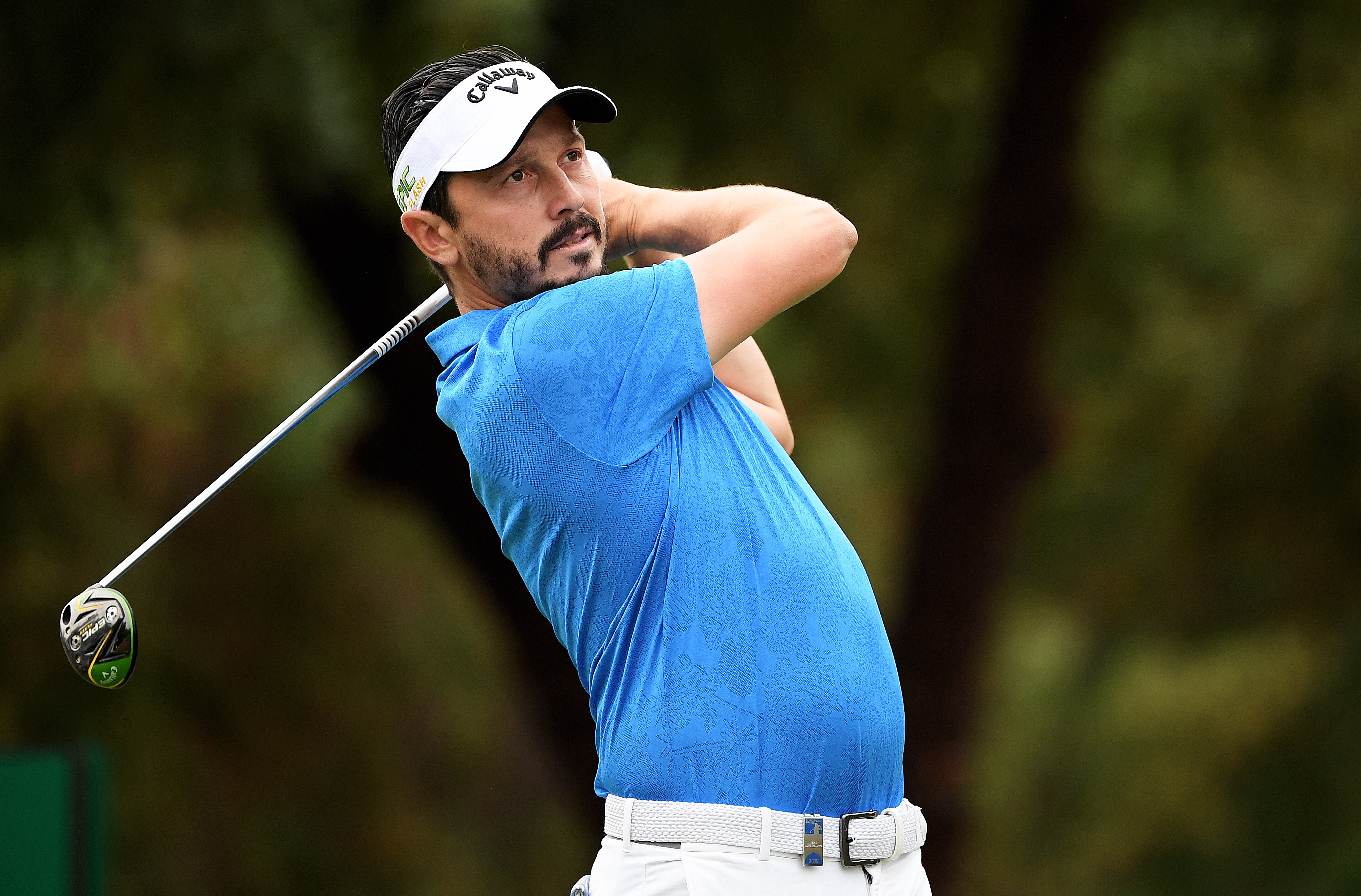 FRANCE’S Mike Lorenzo-Vera finished with four consecutive birdies in an opening round of 63 to take a one-shot lead over Rory McIlroy in the European Tour’s season-ending DP World Tour Championship, Dubai.

Despite feeling “under the weather,” Lorenzo-Vera equalled his lowest round of the season to set the early pace on nine-under par in the final Rolex Series event of 2019.

Biarritz-based Lorenzo-Vera, who was reputed for his fiery temper when he first came on Tour, still seeking his first Euorpean Tour win some 12 years later.

Thirty-four-year-old Lorenzo-Vera said: “Honestly I’m not the feeling well at all. I have no energy.

“I was down, I had a lung infection in South Africa and a lot of treatment, and really just feel bad on top of that.

“Just one of those days where you try to put the ball in play. I played four holes yesterday as practise, and I felt that if I really relaxed a lot, just swing it, like 70 per cent or maybe less, ball was still flying pretty well.

“I have a lot to do better to be more consistent on good weeks. That’s why I think I haven’t won yet. There’s plenty of work to do.”

Lorenzo-Vera even held a three-shot advantage at one point until four-time Major winner McIlroy produced his own spectacular finish.

Former World No. 1 McIlroy birdied the 15th and 16th holes then executed his “best shot of the year” on the last – a majestic three wood from 290 yards which finished five feet from the pin, en route to a closing eagle.

The Northern Irishman, who also posted five birdies on the front nine, carded a 64 as he chases back-to-back European Tour victories following his win in the WGC-HSBC Champions three weeks ago in Shanghai.

McIlroy, who cannot win the extra $2million for winning the Race to Dubai after missing points in two World Golf Championship events when he was not a European Tour member earlier in the year said: “It was great.

“I started off fast at four-under through six, five-under through seven. I held a couple of really good putts starting off, but I birdied the two par fives on the front nine and did what I needed to do.

“Then it got a little slow around the start of the back nine, but it was obviously nice to finish the way I did.

“I hit some really quality shots coming in which gives me a lot confidence going into the next few days,” added McIlroy, who has The Players Championship to his name in 2019, and claimed a second FedEx Cup at East Lake, in August.

“Honestly it’s possibly the best shot I’ve hit all year,” said McIlroy. “I had the equivalent 272 to the front, 291 to the pin, sort of back in off the left.

“Wind was off the left so it was a nice one for me to just aim straight at the pin and know if I hit my little draw it should hold.

“But if it gets going on the wind, obviously the bunker on the right is better than the water on the left. I just flushed it.

“When I was over it, it was sort of enough left and I sort of carried my three-wood off the deck about 280, so it was right on the limit but as soon as I hit it, I knew it was perfect.

“It was right out of the middle. Great to finish like that, and it was a great round of golf.”

Both players will have their eyes on the title and the $3million winner’s cheque – the richest first prize in tournament golf – while Jon Rahm has that and the Race to Dubai title in his sights after opening with a six -under par 66.

The Spaniard is currently third in the tournament and third in the Race to Dubai, and showed no sign of rust after a six-week spell off recharging his batteries.

Rahm bolstered his chances of overhauling Bernd Wiesberger in the contest to become Europe’s No. 1 with four birdies on the back nine.

“Really good, even though I tried my best to mess it up on the last hole,” said Rahm.

“Really good round. Six weeks of not competing, out of all those six weeks, most of the five were not touching a club.

“Pleased with the way I’m performing. I could tell how rested I was mentally because on some holes, I never lost patience.

“I never really got down on myself and stayed with that positive attitude. I’m hoping I can keep playing solid and keep it for the next three days.

“It was hard to kind of stop golf for a while, and then after a certain time, it was hard to pick it up again.

“I think it’s just getting the feel of putting, chipping, so I spent a lot of time doing that, a lot of short game, putting.

“The swing, I was feeling good, so all I had to do was make sure my pace was fast – greens were good. So far it’s been good.”

Fleetwood holes out to stay in Race to Dubai

LANCASHIRE’S Tommy Fleetwood also put the pressure on Race to Dubai leader Wiesberger – his playing partner in the opening round – by holing his second shot on the first hole for an eagle and birdieing the second.

The Ryder Cup hero eventually signed for a 67 to sit four shots back in a share of fourth place with Hertfordshire’s Tom Lewis, recent winner of the Korn Ferry Tour Championship in the States, who has a PGA Tour card for 2020.

Fleetwood, who is four shots behind leader Lorenzo-Vera, said: “You can only put yourself out of it on day one. There’s a lot more to do. There’s 54 holes now.

“There are great players up there and all I can do, is do my stuff. I’ve got three days of work left really until the end of the year.

“Just make the most of them. Stay very present. Keep doing my best on every golf shot and see how we can get on.

“I would love to be up there come Sunday but that’s a very long way away. I’ve got a little bit of practice tonight, have dinner and on to tomorrow,” added last week’s winner of the Nedbank Golf Challenge, which earned Fleetwood $2.5million, golf’s biggest tournament prize until this week.

“Very nice start,” Fleetwood added. “Hit a great drive and then I actually didn’t expect the nine to reach the pin.

“I knew it would be so close. You can’t see it, so you just take people’s reaction, but it was the perfect start.

“I didn’t feel too up or down. I was just happy with the execution of the golf shots. It’s nice, last event of the year, only four days left, so make the most of a good start.”

Wiesberger is a further three shots adrift, but the Austrian, who was one over par after his third bogey of the day on the 10th hole, was rightly pleased with his back nine.

He made birdies on the 11th, 13th and 18th holes that moved him back into the red on two-under par and into a share of 14th position.

Wiesberger said:“I put myself in tricky positions. Had a lot of sand off the tee, unfortunately, and couldn’t attack, even though conditions were a little bit windy it’s still gettable.

“There’s low scoring. Again like last week, I came off a sloppy start and we hung in there and shot a couple under par, so that’s a positive.

“It’s good. I try to cherish it as much as I can. I’m just thinking 72-hole tournament this week.

“I’m not trying to look at what is happening. I can’t control what Tommy, Matt, Shane and Jon are doing or any other of the 49 guys.

“So whatever is in my control, I try to do as good as possible, and I’ve done pretty well with that this year and no reason to change that.

•For live scoring in the second round of the DP Tour World Championship click here.