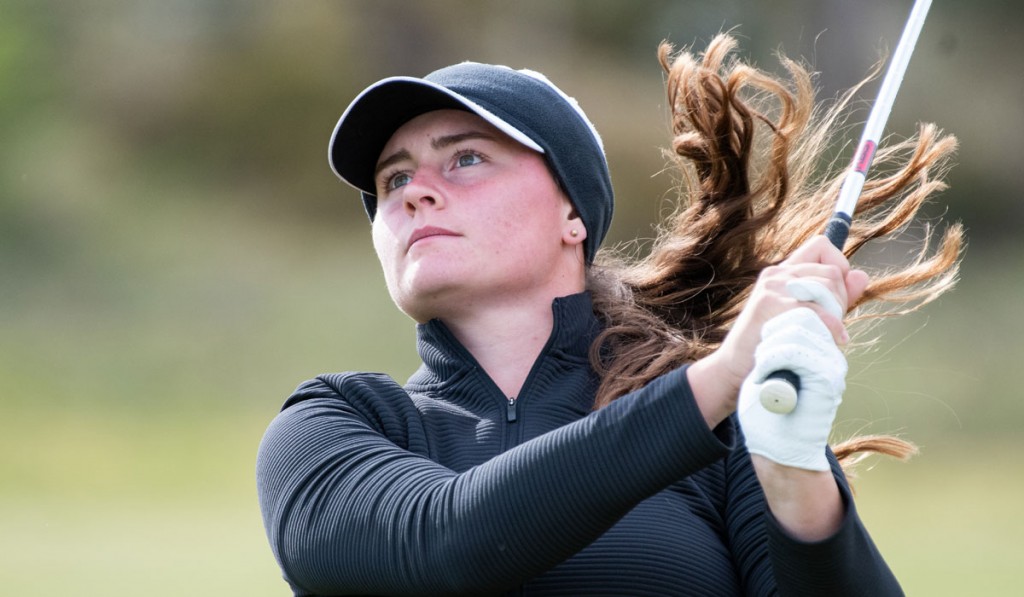 Lily May Humphreys, from Stoke-by-Nayland, who qualified as the number one seed at the English Women’s Amateur Championship at Saunton. Picture by LEADERBOARD PHOTOGRAPHY

ENGLAND international Lily May Humphreys underlined her sparkling form when she led the qualifiers for the match play at the English Women’s Amateur Championship at Saunton.

The 17-year-old – who has already won the Welsh and Irish stroke play titles this month – was two-under par after 36 holes on the West course, in North Devon.

Her two rounds of 71 put her six shots ahead of fellow internationals, Nicola Slater from Yorkshire and Emily Toy from Cornwall – and made her top seed for the first time in her career.

Humphreys, a Curtis Cup player from Stoke by Nayland in Essex, made no secret of her desire to win the championship for the second time, having won the title in 2017, when it was a strokeplay event.

Humphreys, the No. 1 seed in Friday’s knockout, said: “I would really like to win it again, especially with the form I’m in – and it would be nice to win in the different format.”

She added about the course: “It’s short, but it’s playing hard, the greens are firm and there are some tricky pin positions. You have to keep the ball on the fairways and on the greens, if you don’t there’s a lot of thick rough.”

Humphreys was one of only three players to beat par, with Gloucestershire’s Caley McGinty and Buckinghamshire’s Thalia Kirby, both returning one-under 71s and qualifying on five-over.

It proved a popular score, with a total of six players on that mark. The others were Essex’s defending champion Georgina Blackman, who was level par in round two, Fairhaven Trophies winner Rosie Belsham from Northumberland’s Whitley Bay, Cheshire’s England international Bel Wardle, from Prestbury; and Cornwall county champion Megan Giles.

The leading 32 players and ties qualified for the matchplay, with the cut falling on 14-over and a total of 33 players making it through. A preliminary round will be played on Friday between Ebonie Lewis, from Gloucestershire, and Staffordshire’s Emily Brennan, to determine who takes 32nd place in the main draw.

The championship was played over 72-holes of strokeplay for the past seven years, before reverting to matchplay after a 36-hole qualifier. The last time it was played as a knockout Kettering’s Charley Hull lost in the final to Lucy Williams, from Hertfordshire.