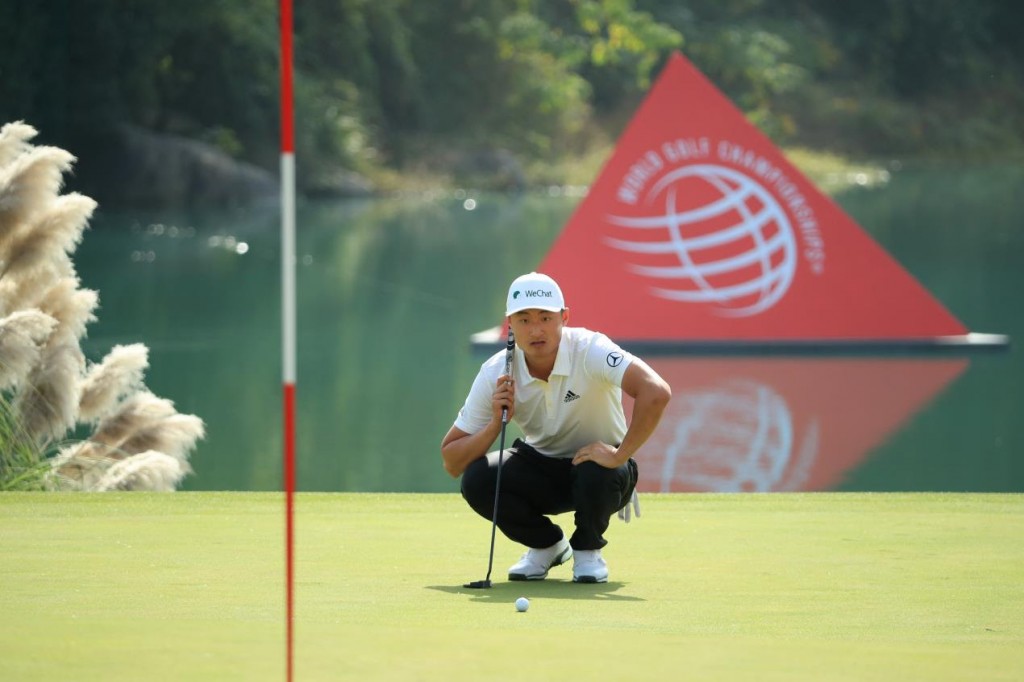 Li Haotong overcame an indifferent spell on the European Tour to become the first Chinese player to lead a WGC in the HSBC Champions. Picture by GETTY IMAGES

LI Haotong carded a brilliant 64 to thrill the home crowds and open up a one-shot lead after the first round of the WGC-HSBC Champions.

The World No. 59 announced himself to the world with a top 10 at Sheshan International Golf Club in 2015, and since then has gone on to claim two European Tour wins.

Li made seven birdies and an eagle as he got to eight-under in the first round in Shanghai, becoming the first Chinese player to lead a World Golf Championships event after the opening round.

Li said: “Today is a pretty good start and good beginning. Obviously it would be a great joy for Chinese golfers, and Chinese golf fans, to have a Chinese player winning a WGC-HSBC Champions here in China.

“But for the next three days, anything could happen. So I don’t want to think too much about it.

“I just want to focus and concentrate on the upcoming three days because anything can happen. I just wanted to do a good job to keep this momentum going for the next three days.

“I don’t feel quite well with my status and my momentum because in the previous tournament, I wasn’t really playing that well.

“But I never expected today, that I had such a great round in day one,” added Li, who won the 2016 Volvo China Open, in Beijing.

Li entered the week 23rd on the Race to Dubai rankings but a first WGC victory would put him right into the mix to be crowned Europe’s No. 1 heading into the final three Rolex Series events of the season

And he carded two eagles en route to a 65 which left him in second place.

Perez has been living for a couple of years in Dundee with his student girlfriend, which explained his love for links golf after the rookie’s St Andrews win last month.

But he also has form in China on the European Challenge Tour winning last year’s Foshan Open.

Perez said: “It was a great day for me. Very pleased with how I played. I think I did a lot of things well and I’m obviously in a great position.

“Obviously the end of the year has been going quite well since the win at Dunhill, added the 27-year-old, who represented France in the Eisenhower Trophy at the 2014 World Amateur Team Championship, in Japan.

“A couple of good weeks in Italy and France. It can always be better, but after win, you could go either way.

“You could really ride it or have a little bit of a downfall from it. I did well, coming in here with a lot of confidence and the course suits me fairly well.

“It’s long. The greens are going to be firm this week and obviously having JP helped a lot, as well.”

His caddy JP Fitzgerald knows the Shenzen course well from his days on Rory McIlroy’s bag.

McIlroy came home in 31 to fly up the leaderboard, with Schwab birdieing four of his last five in a late move of his own.

McIlroy, who has finished in the top six five times in seven visits, has a chance to close the gap on World No. 1 with Brooks Koepka absent this week.

“I think it’s momentum,” said McIlroy. “Sometimes you feel it a little more than other times and definitely got some momentum on that back nine today, and tried to sort of ride that momentum to the very end.

“It would have been nice to pick up one more – had a good chance for birdie – but after the start, to shoot five under, I’m not complaining.

“Looking at the leaderboard and looking at the scores that have been shot, it definitely was scorable,” said McIlroy, who won two WGC titles from 2014-15, but has not won another since, or a Major in the past five years.

“There was no wind, so it was a day to take advantage of the conditions. It looks like the conditions are going to stay that way for the next few days.

“But it’s nice, the last few tournaments I’ve played, I’ve had a bad opening round and then been trying to play catch up” said the 30-year-old from Northern Ireland.

“At least now, I’m right in the thick of things from the start, which is a better place to be.”

South Africa’s Louis Oosthuizen made the 28th hole-in-one of the season on the sixth as he got to four-under alongside Mexican Abraham Ancer, Yorkshire’s Danny Willett and Zhang Xinjun, the other Chinese player in the top 10.

•For live scoring in the WGC-HSBC Champions click here. 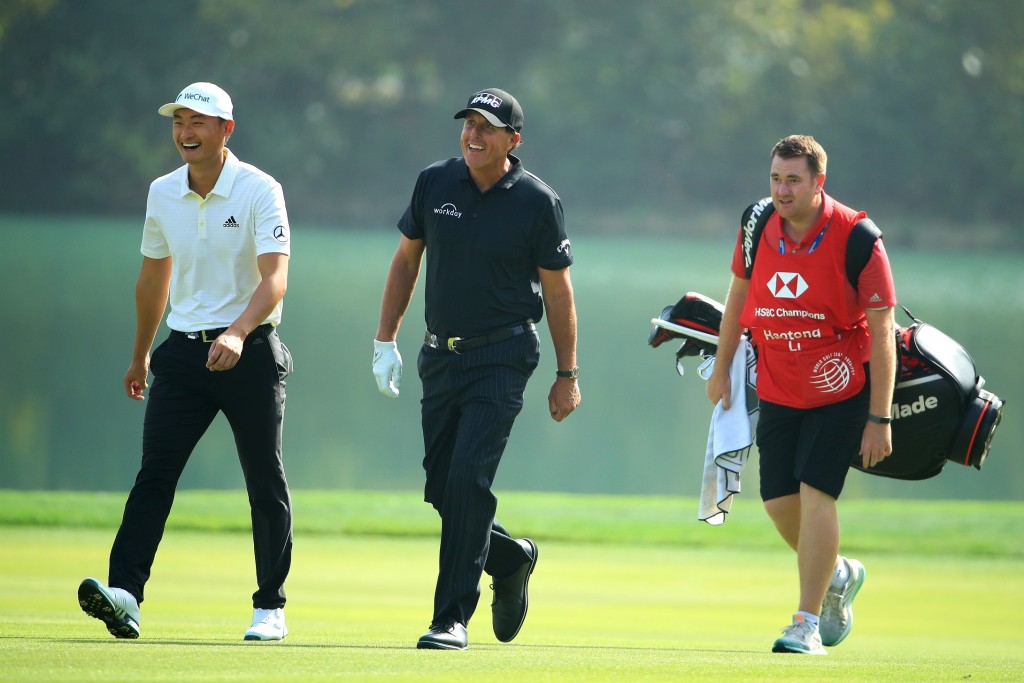