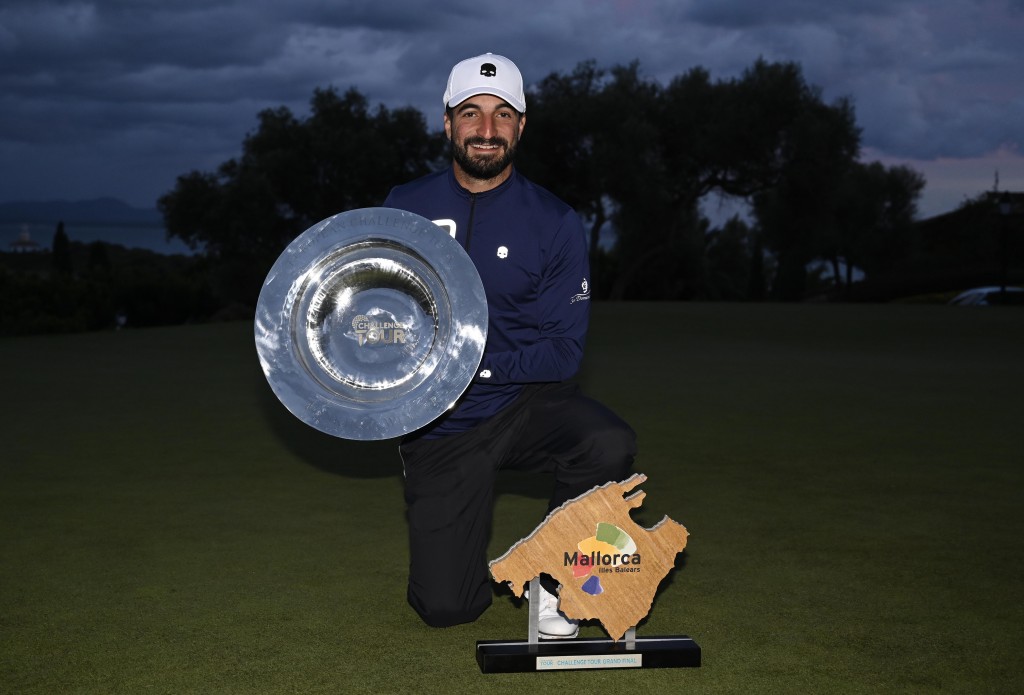 Italy’s Francesco Laporta followed up his win at the Hainan Open with a wire-to-wire victory at the Challenge Tour Grand Final, in Mallorca. Picture by GETTY IMAGES

And in doing so finished the season as the 2019 Road to Mallorca No. 1, overtaking Scotland’s Calum Hill, who could not add to his two previous Challenge Tour wins in 2019.

The Italian battled testing conditions, which delayed the start of the final round and caused a suspension in the morning, to post a closing level-par 71.

His six-under total was good enough to win the Grand Final by two strokes from Germany’s Sebastian Heisele and Frenchman Robin Sciot-Siegrist, who shared second place on four-under.

But Heisele made a putt for birdie at the last which would have handed Sciot-Siegrist solo second if he had missed – and the points to move the latter into the top 15 players,

But it was Laporta’s second win in his last three starts after his victory at China’s Hainan Open last month.

Laporta joins the Challenge Tour Roll of Honour as Road to Mallorca No. 1, finishing more than 50,000 points ahead of Hill, who could only finish in a share of 27th, some 13 shots behind the champion.

Hampshire’s Richard Bland secured a return to the European Tour at the first time of asking by finishing third in the Road to Mallorca rankings, with Heisele’s tie for second place moving him up to fourth.

The 46-year-old Stoneham member – who earned promotion to the European Tour after his Challenge Tour Grand Final win in Bordeaux 18 years ago – will be looking to finally break his duck after more than 500 appearances without a maiden win at the top tier.

Adrian Meronk will become the first-ever Polish player to have full European Tour playing privileges in 2020 after finishing fifth on the rankings, while Lancashire’s Jack Senior and Robin Roussel finished sixth and seventh, respectively.

Graduation was secured by Royal Liverpool’s Matthew Jordan in his rookie season by finishing ninth, while Portugal’s Ricardo Santos, Northern Ireland’s Cormac Sharvin and Wales’ Oliver Farr finished in the next three spots.

It was a nail-biting end to the day for the Spaniard, who posted rounds of 76 and 77 over the weekend.

Garcia-Rodriguez was forced to watch as Sciot-Siegrist missed a birdie putt on the final hole, before seeing Heisele get down safely for par in the final group of the day.

Had the German missed, Sciot-Siegrist would have finished solo second behind Laporta and leapfrogged Garcia-Rodriguez into the final graduation spot.

The Frenchman was only 1,369 points behind Garcia Rodriguez and he was followed by Ben Stow and Wil Besseling, who finished 17th and 18th respectively.

The first European Tour events the Class of 2019 will be eligible to play in will be the Hong Kong Open and the Alfred Dunhill Championship, which both take place from November 28-December 1.

•The third and final stage of the European Tour Qualifying School will take place at Lumine, in Spain, later this week, when another 25 cards will be up for grabs.

To see the results from stage two – play at Alenda Golf and Club de Golf Bonmont was distrupted over the weekend – click here. 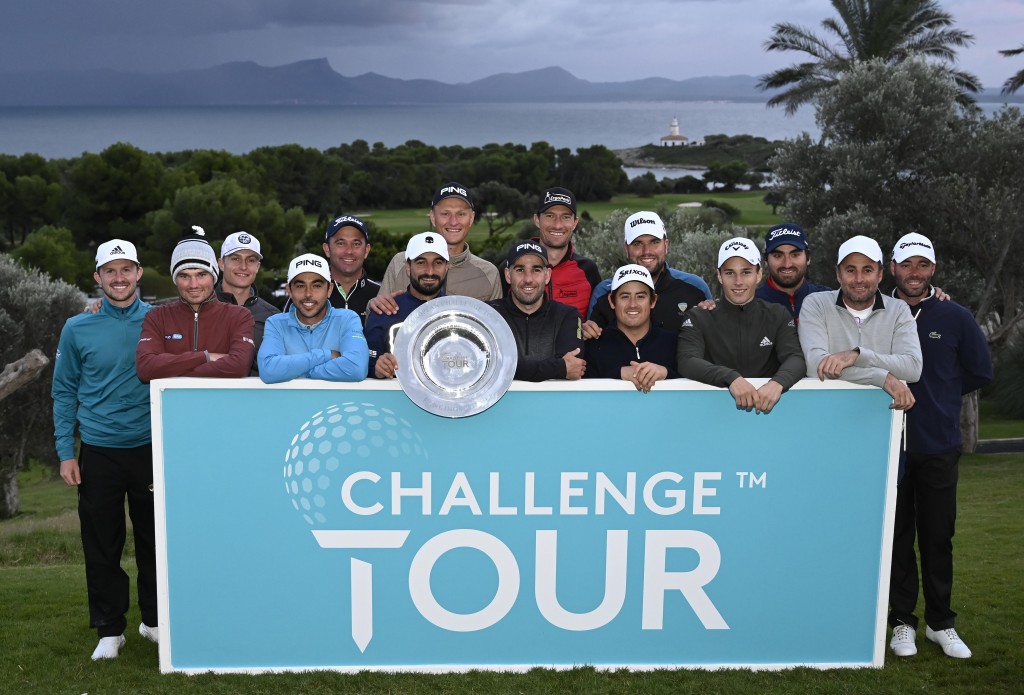 The players who finished in the top 15 in the Road to Mallorca rankings who earned a European Tour card for 2020. Picture by GETTY IMAGES