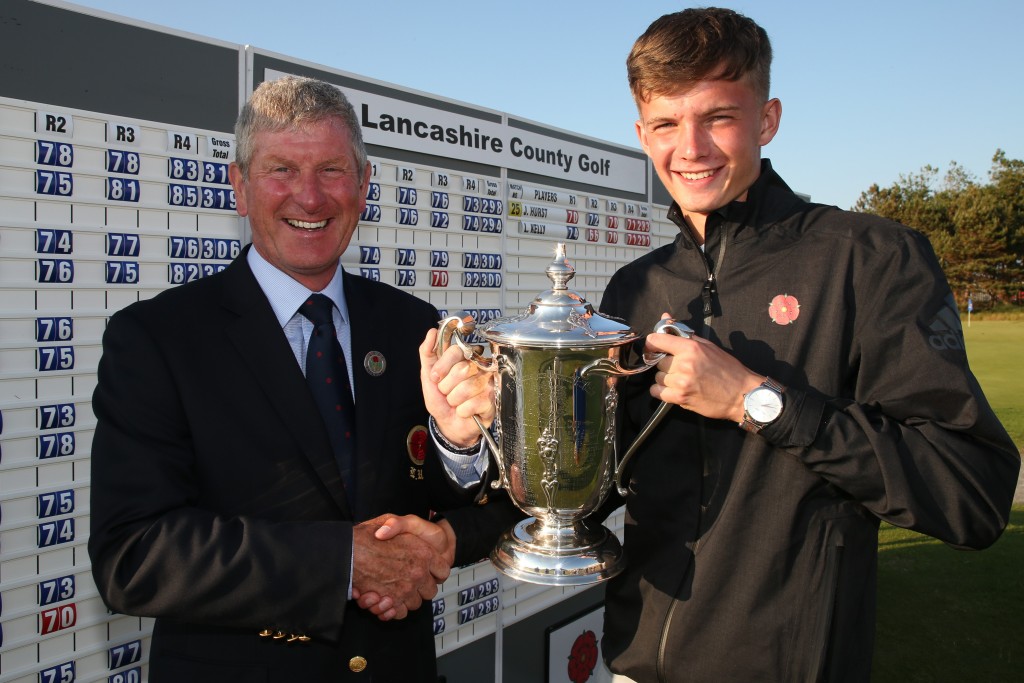 Luke Kelly delivered one of the rounds of his life on the way to becoming the 2018 Lancashire county golf champion.

The 19 year-old from Ashton-under-Lyne completed a superb two-shot victory over the testing links at West Lancashire Golf Club, a host club for Open championship qualifiers.

The Ashton-under-Lyne GC player was seven under par for the four rounds, with his second round 66 – six under par – proving the pivotal moment of the tournament.

The teenager had opened with a two over 74 which did not rule him out of the running but left him in need of making up some ground after Richie Blundell (Hillside GC) set the pace with a 68, one ahead of George Holland (Southport and Ainsdale GC).

However a stunning start to his second round sent him on his way to the halfway lead.

Kelly, a regular with the Lancashire county men’s team, rattled in five birdies on the front nine – and could have gone even lower after missing a four foot putt at the ninth where his approach rattled the flag. 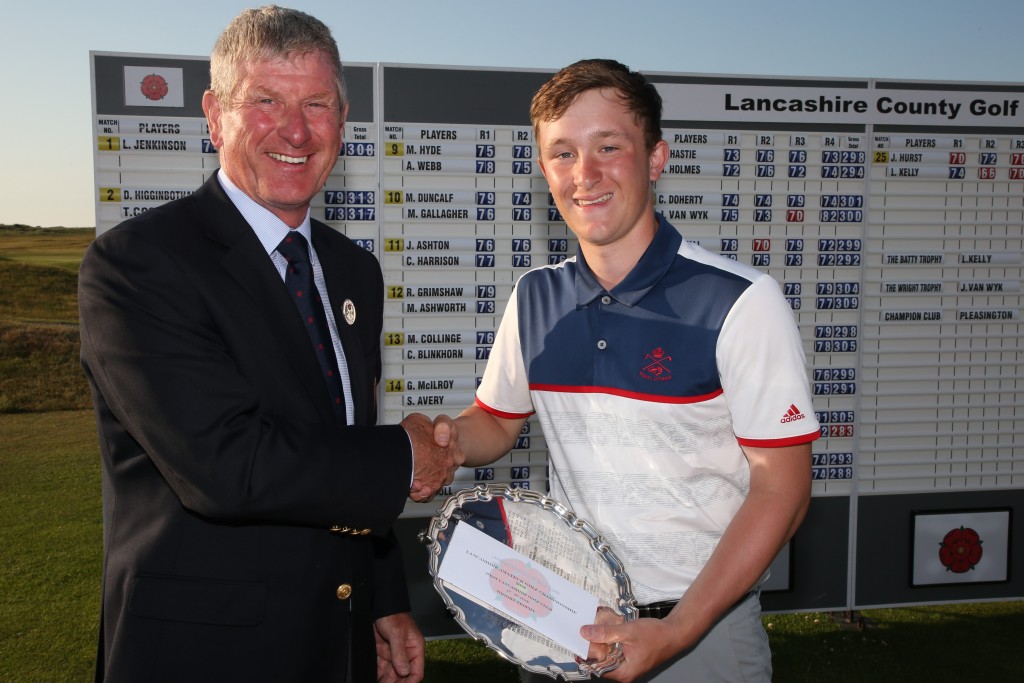 That set up a best of tournament return of 66, a score matched by Joseph Bannan (Manchester GC) in the third round on an action-packed final day which saw the remaining 36 holes played out.

Bannan’s heroics cut the gap at the top to just one shot, but Kelly held his nerve to deliver 70,71 over the last two rounds to keep Bannan and Jonathan Hurst (Pleasington GC) at bay.

A delighted Kelly, who started playing aged 11 at his local club and is now coached by Gareth Benson, said afterwards: “I hold the course record at Warrington, and that is the only round I can think betters the 66. I had played well on the first day but made a few mistakes, but second time round I started holing a few putts and cut out the errors.

“I felt I struck the ball well throughout the event, and it was a case of staying patient.

“This was one of the events I always wanted to win and it’s a great feeling to be county champion. It is a great championship and the 72-hole format sets you up nicely for the big national events.

“The weather was different every day so it tested all aspects of your game. The wind picked up on the last day, but conditions were not as brutal as they can be at West Lancashire. The course played hard but fair,” added Kelly, a former England U16 international who finished ninth in this event 12 months ago at Lancaster GC. 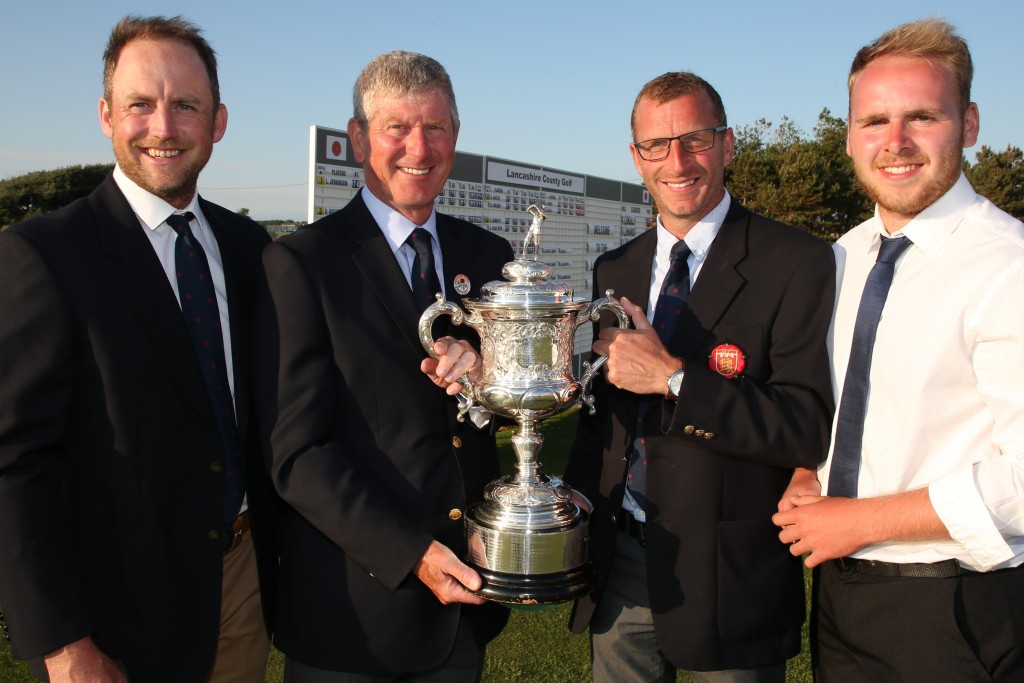 Pleasington Golf Club will represent Lancashire in the national finals of the champion club competition after their trio of Lewis Boyle, Michael Hunt and Jonathan Hurst were ten over after the first two rounds, to hold off Southport & Ainsdale GC by two shots.