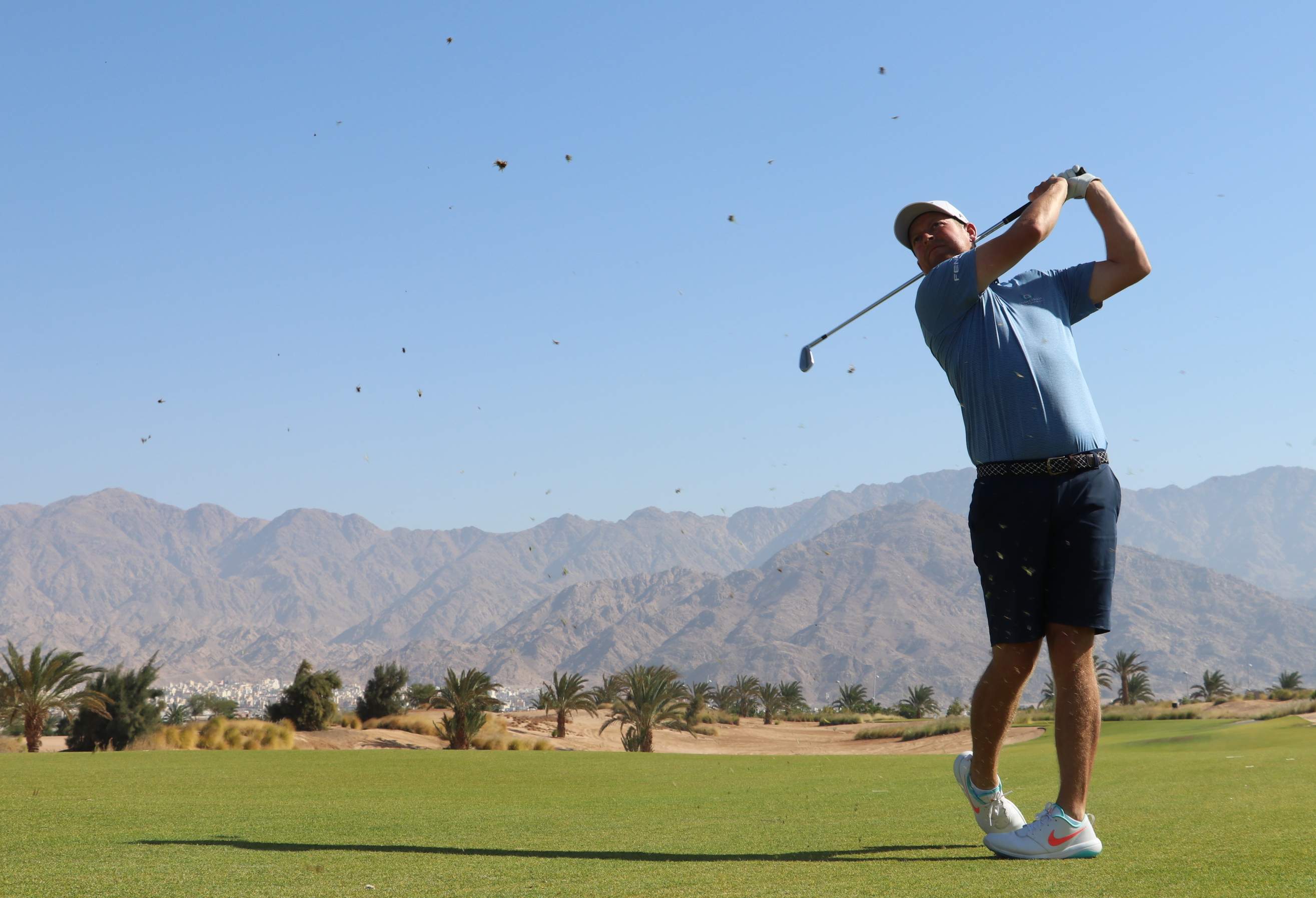 ESSEX’S James Allan will be looking to make up for the disappointment of missing out on the EuroPro Tour’s biggest prize by claiming the MENA Tour’s Journey to Jordan Tour Championship at Ayla Golf Course.

The top 60 players on the MENA Tour’s order of merit tee it up in Jordan’s Aqaba, on Tuesday, for the 54-hole shoot-out with the incentive of three starts in the European Tour’s Omega Dubai Desert Classic, in January, up for grabs.

Allan, who won his first MENA event at the Abu Dhabi Open, in early October, lost a play-off against Sweden’s European Tour veteran Mikael Lundberg, at the EuroPro Tour Championship, in Spain, at the end of that month.

It cost him a European Challenge Tour card as well as the first prize of £22,540 as he finished in 10th place on the Race to Desert Springs Order of Merit.

Left-hander Allan had to birdie the last two holes at Desert Springs to force the play-off having been the 36-hole leader.

But the 25-year-old – who won Gog Magog’s prestigious Lagonda Trophy four years ago – came up shy when Lundberg made an up-and-down par at the 18th on the third time of asking despite finding the greenside trap and Allan made a bogey five.

The Chelmsford GC member has already played in the Dubai Desert Classic twice as an amateur – having won the MENA’s Amateur Order of Merit in 2014 and 2015.

James Allan is currently ranked third on the Journey to Jordan, but faces a strong field – some with Challenge Tour experience – including South Africa’s M G Keyser, who already has a MENA Tour win to his name in 2019, and tops the Journey to Jordan after the penultimate event.

Only three professionals have a chance to be crowned the MENA Tour’s No. 1 – Keyser, Australian Daniel Gaunt and Allan. 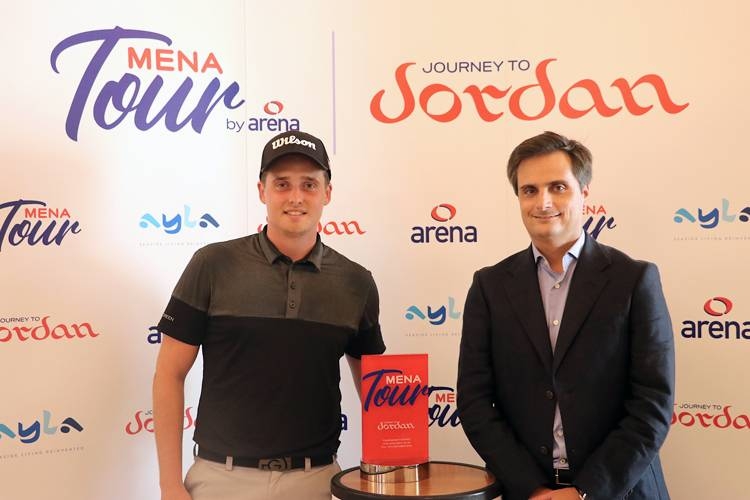 M G Keyser said: “It’s the same as any other week. I really can’t predict what others are going to do.

“I can only control myself. I have had a couple of good weeks on the Asian Tour before coming here and I played well in the practice round.

“So, just go out there, have fun, and hopefully, at the end of the day, I am still at the top,” added Keyser, who will win the Journey To Jordan by finishing solo second or better.

Apart from the honour of being called the No. 1 on the MENA Tour – sponsored by Arena – in both its professional and amateur categories, there is also the substantial winner’s cheque of $18,000 for the pros to be decided on Thursday evening – plus plenty of playing opportunities to aspire for.

The overall professional Journey to Jordan champion and runner-up, the leading player on the ‘Final Five’ Order of Merit and the Leading Amateur will earn their spot at the Dubai Desert Classic, at Emirates Golf Club, from January 23-26.

The No. 1 also receives invites to the European Tour’s Made in Denmark tournament, and the 2020 Diamond Cup – co-sanctioned by Japan Golf Tour Organization and the Asian Tour.

The overall runner-up will be invited to two leading Asian Tour events – the 2020 Bank BRI Indonesian Open and the season-ending Indonesian Masters (Dec 12-15).

The player finishing third in the overall Journey to Jordan will receive invites to two European Challenge Tour events.

Keyser, winner of the Troon Series Dubai Open leads the Professional Journey To Jordan, having earned $44,361, while Burhill Golf Club’s Surrey based Australian Daniel Gaunt, is second on $36,474.

But Baldwin and Roussell, who have recently finished their season on the Challenge Tour, have opted not to play this week, with the Frenchman heading to Leopard Creek for the European Tour’s Alfred Dunhill Championship.

Colchester’s Benjamin David, who is in sixth place on the rankings, can secure some of those coveted Tour starts by winning the event and leap-frogging Baldwin. 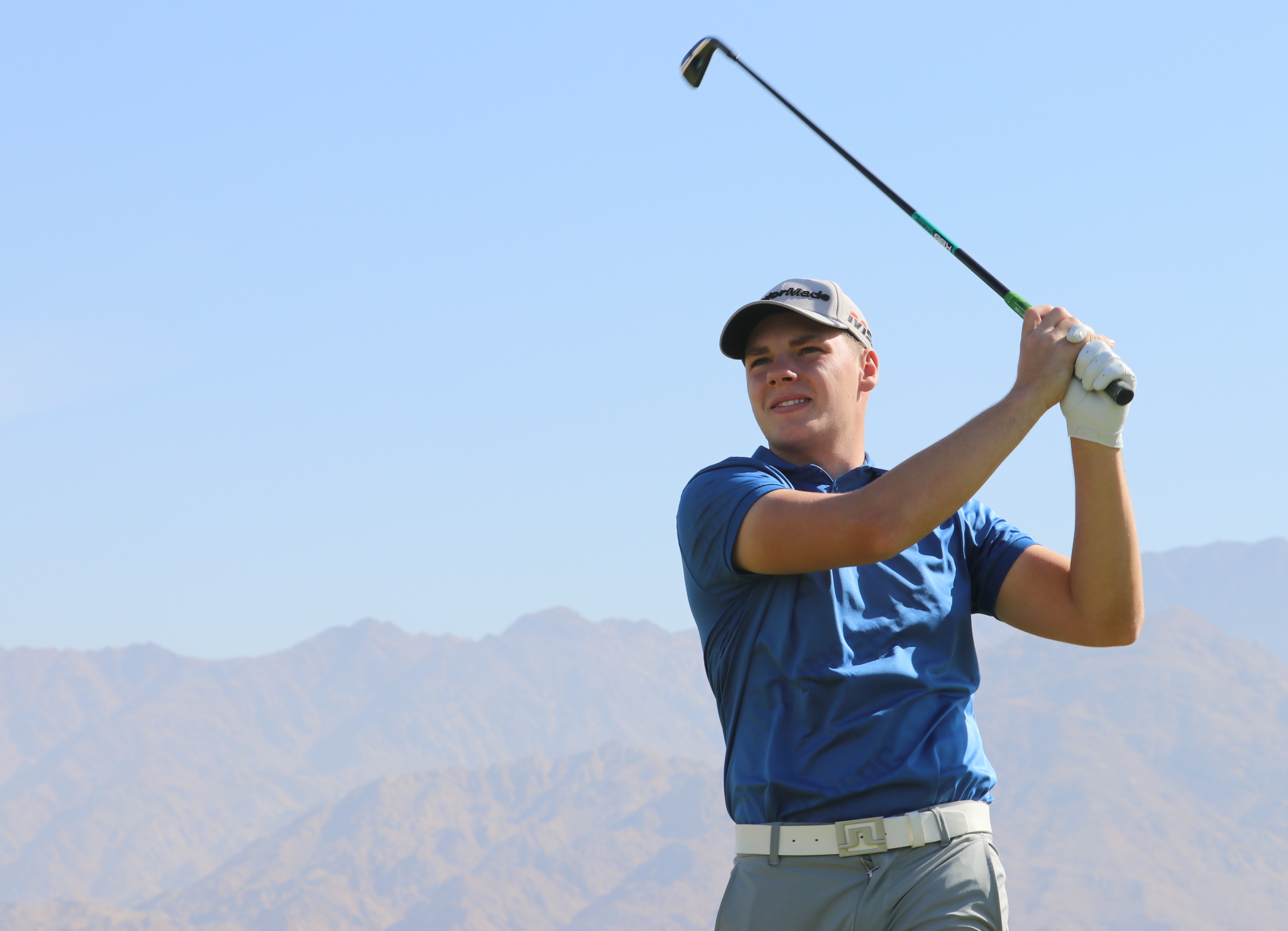 ON the Amateur Journey To Jordan rankings, Essex’s Curtis Knipes is in pole position with 21,662 points, followed by 15-year-old Josh Hill with 19,705 pts.

Knipes, who has a lead of 1,957 points over Hill, said: “It would be nice to win the Journey To Jordan and play the Omega Dubai Desert Classic.

“I felt that the Open Championship at Royal Portrush was a bit of a wasted opportunity, so it would be nice to test myself again,” said the Abridge GC member, who came through Regional and Final Qualifying to earn a sport at the first Open held in Northern Ireland in 58 years.

“You never know what can happen if I play well there,” added Knipes, who was the 2018 England County Champion of Champions.

“Having said that, I am just trying to compete against the pros as I have done in every other tournament this year. Try and focus on the winning score and see how well I can play.”

Fifth-ranked Arjun Gupta, from India, who has 4,342 points, also has an outside chance of getting his hands on the Amateur Journey To Jordan crown.

Hampshire’s Harry Ellis, who picked up two runners-up spots in October, was ineligbile for the Journey to Jordan, having not been a full MENA Tour member at the start of the season.

The 2017 Amateur Champion, who failed to reach the final stage of last week’s European Tour Qualifying School, in Spain, earned enough points to be sixth on the rankings.

The tournament starts Tuesday with Keyser, Gaunt and Allan forming the final group. They tee off at 11am local time.