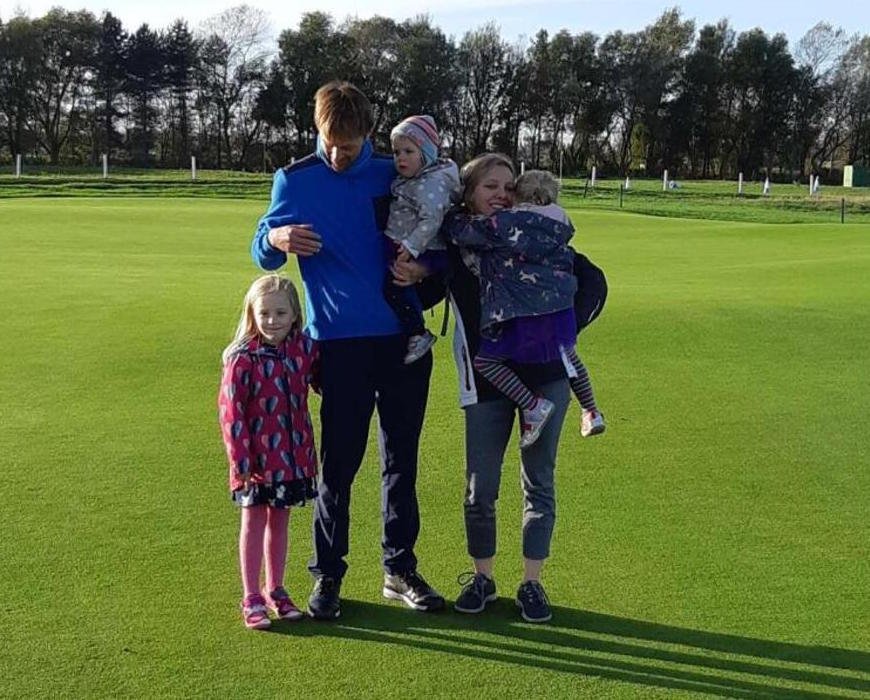 “IRON Golfer” Luke Willett completed successfully completed his Great British Open Challenge, holing out after playing 252 holes at 14 of the best known courses in UK – and after cycling some 830 miles in just 10 days.

What started as a daydream became a reality after Luke cycled to all 14 historic courses that have ever staged The Open since 1860, carrying his four golf clubs on his back in all weathers.

The physically and mentally exhausting journey – which at times saw him playing 36 holes in a day and cycling 100 miles along busy roads in darkness and light – has raised money for the Golf Foundation.

The charity works to change the lives of young people by introducing them to golf. After finishing The Great British Open Challenge, Luke is asking for all golf-lovers to support his efforts by making a donation by clicking here.

Luke, a PGA professional at London’s Hampstead Golf Club, said the cycling was so tough that his play on some of the world’s most famous courses felt like a rest for his body.

Any course that has staged The Open was on his list and it all started just after dawn at Carnoustie Golf Links in Angus, on October 18, and finished in dramatic style at Royal St George’s in Kent, 10 days later.

After holing the final putt he was greeted by cheers and applause by club members but most touchingly by his wife Sabrina and his three young daughters.

Luke’s father Steve who had accompanied Luke on much of the trip to ensure his safety and keep morale high was also present.

Golf Foundation trustee Nick Bragg and club junior Jack joined Luke for the final round and Nick laid on the Champagne after the 18th.

Luke said: “I have been so, so tired at times, but it does show how much the human body can do.

“This is a dream come true. Playing these wonderful Open courses has been a joy, as has meeting so many fantastic people wherever I’ve travelled.

“I believe your environment is your best teacher. All of The Open venues are incredible courses to learn the game.

“But the great thing is that many local clubs up and down the country offer children a great start in golf.

“I hope reading about this adventure will interest people of all ages while igniting the imaginations of young people with a sense of the possible.

“I’m delighted I am able to raise valuable funds for the Golf Foundation. We all want more young golfers in Britain and all the money I collect will go towards getting them playing the sport.”

On day one of the challenge Carnoustie Golf Links provided Luke with the best possible start by giving him free dinner, bed and breakfast before presenting him with a highly generous cheque for £5,000 for the Foundation,

They also showed Luke their renowned facilities for juniors. Donations have been coming in since then – but there is still time to donate by going to Luke’s JustGiving page.

“All donations are welcome regardless of size,” said a Golf Foundation spokesman.

After shooting a 73 on the Old Course at St Andrews – with just four clubs – on that first afternoon, Luke endured 60 miles of cycling in torrential rain and cold.

He had to negotiate flooded roads and heavy traffic before reaching Edinburgh. Luke said: “Each time a car flew past me it was like having a bathtub of ice cold water thrown over me!”

Arriving at midnight, Luke poured water out of his shoes before getting up again at 5.30am to ride to play Muirfield and Musselburgh.

Better weather reached him finally on Sunday as he played Royal Troon and Prestwick before completing his Scottish odyssey on Monday in sunshine at Trump Turnberry.

After a ferry trip from Stranraer to Northern Ireland’s Royal Portrush on the Tuesday. and a 64-mile ride to catch the ferry back to England, Luke reached Royal Lytham & St Annes on Wednesday.

Then it all got tougher. Royal Birkdale at dawn on Thursday, cycling to Hoylake with a ferry across the Mersey, a round at Royal Liverpool before a 58-mile ride in the cold and dark to Market Drayton.

Luke then rose at 3am to ride 146 miles to London before another 119 miles the next morning to Kent for the three neighbouring courses, playing Royal Cinque Ports on Saturday, and then the grand finale at Prince’s and neighbouring Royal St George’s at Sandwich, on Sunday.

Golf Foundation head of fundraising Vanessa Bell said: “Our team has been amazed by the passion and courage of Luke and also the warm welcomes he has been receiving in the golf community.

“We hope Luke’s adventure can now inspire golf-lovers up and down the UK to put something back into the game by supporting our charity.

“We do need funds to change the lives of young people through golf. We will be hugely grateful for any donations large or small in the days ahead.

“Donating the equivalent of the price of a golf ball would be a brilliant gesture in itself.”

The team at golf apparel brand Bunker Mentality provided all the clothing Luke needed for all conditions.

Prince’s Golf Club generously gave Luke and his family a room for the night and dinner at the end of the journey to help him recuperate at their popular lodge overlooking the two courses, and where in 1932 Gene Sarazen introduced the first sand wedge at Sandwich – the only time Prince’s hosted The Open.

All funds raised by The Great British Open Challenge will go directly to helping more young people from all backgrounds to Start, Learn and Stay in the sport.

The Golf Foundation reaches 500,000 boys and girls each year, creating a player pathway from school sport to the golf club environment and regular coaching with PGA professionals.

The Hertfordshire-based charity wants to encourage young people to keep playing and keep developing the skills for life that the game teaches them. 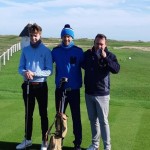 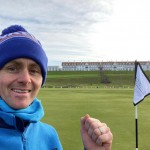 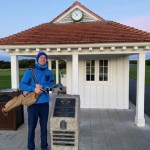 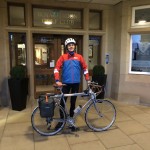 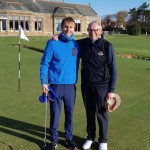 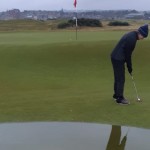 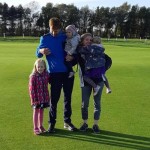 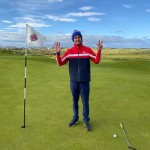 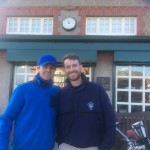 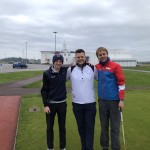 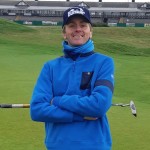 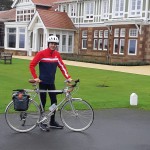