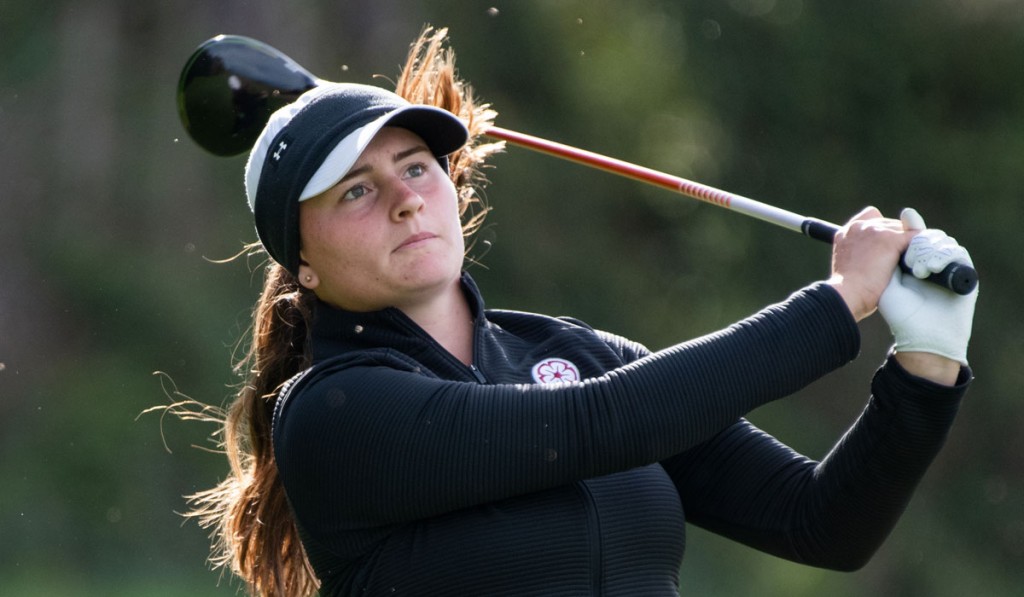 ENGLAND’S Lily May Humphreys added another top title to her collection with a four-shot victory in the Welsh Women’s Open Strokeplay championship at Royal St David’s.

The 17-year-old international was 10-under for the 54-hole event at the famouse Harlech links course in North Wales, finishing four shots clear of her England team-mate, Bel Wardle from Cheshire.

The Essex ace, who made her Curtis Cup debut last summer, added the Welsh crown to previous wins in English, Scottish, British, European and American championships which have taken her to the top of the amateur game.

Now, she’s off to Ireland to challenge for the Emerald Isle’s open title.

Humphreys, from Stoke by Nayland GC, said: “I was very pleased, I really wanted to win this because I have good memories of playing the course in my first R&A event three years ago. I’ve started hitting some good form and it was nice to combine it all.”

Back in 2016, aged 14, she played her first British Girls’ Championship – aiming simply for experience, the course set in the shadow of Harlech’s famous castle.

At the weekend, playing in breezy conditions with gusts of around 25mph, she aimed to play steadily over the tricky, opening six holes and then make her score.

Bel Wardle, from Prestbury GC, set the first round pace with her seven-under 66, but Humphreys became the 36-hole leader at six-under, thanks to a pair of 70s. In the final round, both players completed the event with 69s.

“I tried not to think about the lead, but just to keep on as I had been playing,” said Humphreys. “I wanted to make my pars and give myself birdie opportunities on the par fives. That was what I was focussing on and the strategy worked.”