By Andrew Griffin on 4th December 2019 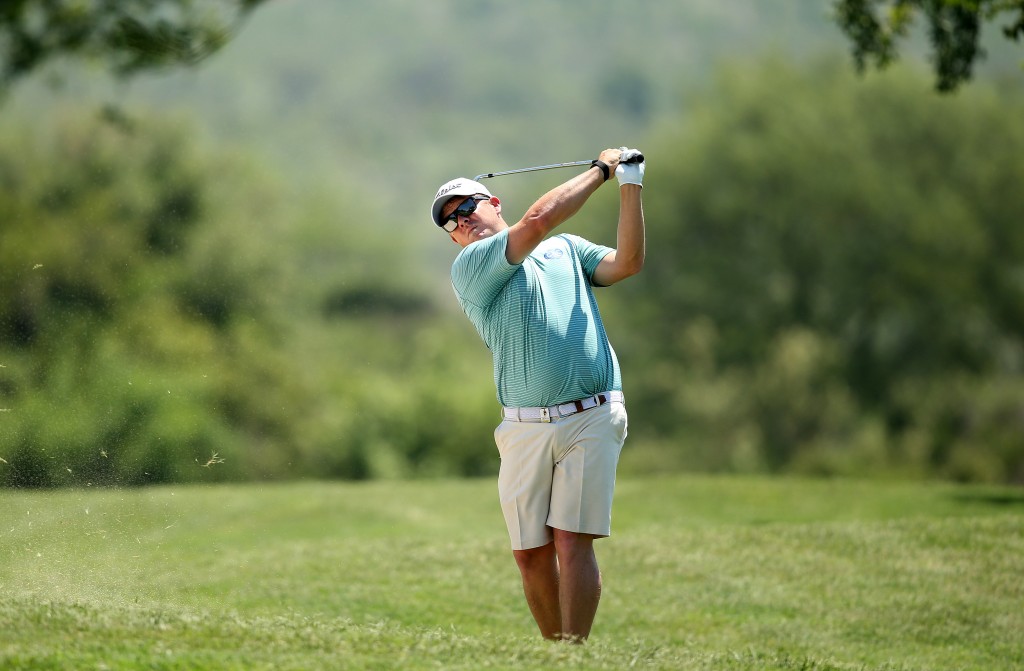 FOUR-time European Tour winner George Coetzee is aiming to seal a second AfrAsia Bank Mauritius Open title at Heritage Golf Club, after triumphing in a play-off to win the inaugural edition in 2015.

The South African, who finished 60th on the 2019 Race to Dubai, has appeared in all four previous editions of the tournament and is aiming to become the first player to win the title twice.

If Coetzee can achieve that feat it would also be a second European Tour event that he has won on two occasions, following his Tshwane Open triumphs in 2015 and 2018.

George Coetzee said: “Lots of good memories from the first year here. I remember playing the 18th hole a couple more times than I wanted to, but it was a good week.

“It was nice to win a tournament outside of South Africa, and it was just a special week for me.

“It’s very social, very casual but some very serious golf. It’s a nice blend of everything,” Coetzee said about playing in Mauritius.

“I might be burning out a little bit with the amount of golf I have played but I’m still feel like I’m playing pretty well,” said Coetzee, who lost an opportunity to win the French Open at Le Paris National in October.

After a relatively six months after his second place finish in Qatar, in March, Coetzee’s late collapse on the notoriously difficult course that staged the 2018 Ryder Cup, allowed Belgium’s Nicholas Colsearts to claim his first win since 2012.

“At the moment I’m just enjoying the golf and then over Christmas I’ll put my plans together,” added George Coetzee about forming a scheduling for 2020 having played 29 times in the past 12 months.

Coetzee’s victory in Bel Ombre four years ago was a special one, as it represented the first title he had won outside of his home country, after opening his European Tour account with victory at the 2014 Joburg Open.

Scottish Major winner Paul Lawrie is looking forward to an altogether different Mauritius double – after making his debut in the AfrAsia Bank Mauritius Open, he will tee it up in the Staysure Tour’s season-ending MCB Tour Championship – Mauritius next week.

The 1999 Open Champion – who was announced as the 2020 European Junior Ryder Cup Captain today (Wednesday) – turned 50 in January.

And the two-time Ryder Cup player announced his arrival on the senior circuit in some style, winning the Scottish Senior Open in the summer.

Lawrie’s looking forward to competing with some of the newer faces on European, Asian and Sunshine Tours when the action in the tri-sanctioned tournament gets under way at Heritage Golf Club on Thursday.

But he will also be soaking up all that Mauritius has to offer.

“ I looked at the schedule and saw that European Tour was here this week and the Staysure Tour up the coast next week. I thought – it’s the perfect two weeks.

“For the players that are getting older and older like me, and playing seniors more often, it’s weird. You get on the range and you don’t know half the Tour when you come to hit balls.

“That’s a good thing, you need to get young talent in and keep the conveyor belt rolling, as it were.

“The scoring is just brilliant, the standard on the Tour is getting better and better. That’s only going to be a good thing for everyone.”

Langasque looking to go one better

THE field at the second event on the 2020 Race to Dubai also includes a host of promising young players including Romain Langasque – who finished in third place the last time the event was played at this venue two years ago.

Langasque, who won the 2015 Amateur Championship at Carnoustie said: “It’s always a pleasure to come back here, and especially to this course where I finished third two years ago.

“It’s a place where I feel great, so I’m really happy to be here. I’ve been a Heritage ambassador for one year now.

“It’s always good to come back here because of the resort, but also because of the course. It’s a very challenging course, especially with the wind like today.

“This is a place where it is windy most of the time, so we have to learn to play with it.

“But the good thing is that because of the wind there are so many options on this course – you can be offensive or less so,” added Langasque, who won the 2016 Spanish Amateur by beating Hampshire’s Scott Gregory in the final.

The Frenchman is joined on the Indian Ocean island by Final Stage Qualifying School winner Benjamin Poke, from Denmark.

Two other notable debutants are teeing it up in Mauritius – four-time European Tour winner Thomas Pieters, who made his Ryder Cup debut in the heavy defeat at Hazeltine, under Darren Clarke in 2016, and his compatriot and fellow ISPS Handa World Cup of Golf winner Thomas Detry.

•For first round tee times in the AfrAsia Bank Mauritius Open click here.