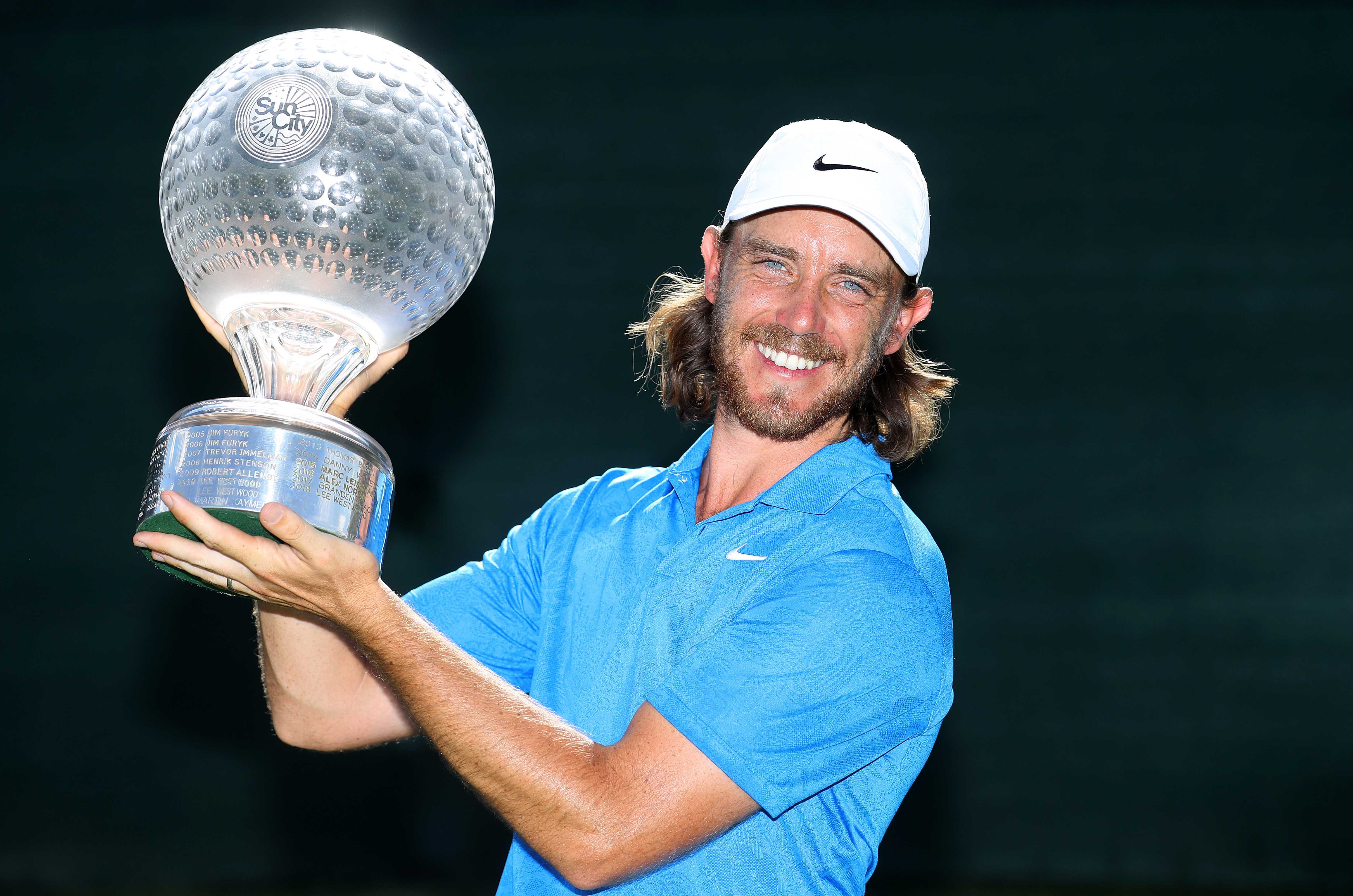 Tommy Fleetwood’s victory in a play-off at the Nedbank Golf Challenge earned the biggest prize so far in European Tour history – a cheque for $2.5million. Picture by GETTY IMAGES

TOMMY Fleetwood defeated Marcus Kinhult in a thrilling play-off to win his second Rolex Series title at the Nedbank Golf Challenge after coming from six shots after three eagles in his final round at Sun City.

Victory put the hero of Europe’s record Ryder Cup win at Le Paris National last year, in contention to top the Race to Dubai Rankings for the second time in three years after earning the biggest prize cheque so far in the European Tour’s history.

Fleetwood, who joined the illustrious list of Rolex Series winners at the 2017 Open de France, started the final round at the Gary Player Country Club in 12th spot.

But the Lancastrian flew up the leaderboard after three birdies and the first of an incredible three eagles before the turn.

He then eagled the 10th and the 14th – recovering from dropped shots on the 12th and 13th holes.

A final birdie of the day on the 15th saw him sign for a 12-under total leaving an agonising wait to see if his total could be matched or bettered by the leaders.

Sweden’s Kinhult started three strokes behind overnight leader Zander Lombard, and made a crucial birdie on the 15th to join Fleetwood on 12 under.

That set up a play-off for the S$2.5million first prize as neither Lombard or home favourite Louis Oosthuizen, who had led the tournament between them for three days, could sustain a title charge.

On the first extra hole, Kinhult had to play out sideways after a poor tee shot, eventually settling for bogey.

Meanwhile Fleetwood made an excellent up-and-down to save par and tapped in from three feet for the biggest winner’s prize in European Tour history.

Fleetwood made it five career wins in total, and said: “It feels good, emotional. It has been a long time coming, and I’m not one to complain.

“But I really did want to win something. You know, it’s the best. Winning is just such a good feeling.

“You know everybody puts a lot of hard work in week-in, week-out and you wait for your time to come.

“I’ve probably been impatient most of the time. But I feel happy and lucky that it’s been my time this week.

Fleetwood agreed it had been one of the best rounds of his career, adding: “I would have liked to keep a couple bogeys off the card.

“And then the play-off, bit of luck with the tee shot, chip shot probably a bit lucky and holed the putt, but it all goes together with just such an amazing day.

“It’s such a great, great thing and a feeling to be playing with a chance to win the Race to Dubai in the last event.

“Everybody starts the Tour at the start of the season to get there, and be one of the guys that can actually finish at the top is very special.”

Kinhult, who won for the first time at the Betfred British Masters at Hillside, in May, said: “I’m proud. Shot a good score today.

“Got into the play-off and made a silly bogey, but I’m happy with the week and how I played. It’s a good week.

“Losing is not all fun but Tommy deserved that. Great up-and-down. Great champion,” added the Swede, who is not starting to fulfil the promise that had him tipped for the top as an amateur.

A year ago, Kinhult finished in last place on his debut at the Nedbank.

Kinhult added: “It’s quite an improvement. I look forward to coming back next year and seeing if we can do better.

“I’m happy this week, especially how last year turned out with that last place finish. I think we’re learning every time we come here.”

The win moves Fleetwood to second place on the Race to Dubai in his bid to be named European No. 1 for the second time, following his 2017 triumph,  at next week’s season-ending DP World Tour Championship, Dubai, when the first prize will create a new record for a second week running.

Current leader – Austrian Bernd Wiesberger – finished in a share of third place alongside Belgium’s Thomas Detry and Australian Jason Scrivener, who both moved inside the top 50 on the Race to Dubai, securing their places at Jumeirah Golf Estates this week.

Defending champion Lee Westwood and home favourite Louis Oosthuizen shared sixth, while Scotland’s Robert MacIntyre took the lead again in the race for the Rookie of the Year title, finishing in eighth place alongside Lombard.

•For final results and prize money at the Nedbank Golf Challnege click here.