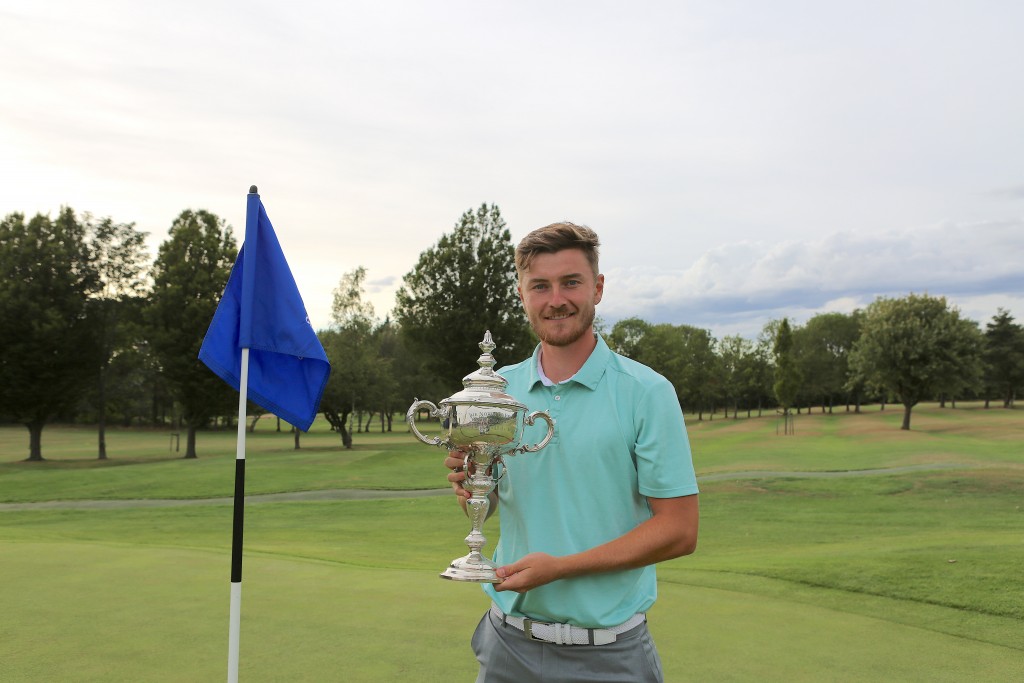 Sam Broadhurst, the 2018 North of England Open Amateur Youths Champion, who finished first in Open Regional Qualifying on Monday, with a round of 66 at Northamptonshire County which his dad Staysure Tour winner Paul, represents. Picture courtesy of Middlesborough GC

ANDREW GRIFFIN reports on Monday’s Regional Open Qualifiers which were held across the UK, including four in the North of England

PAUL Broadhurst has played in the Open 16 times and the 2016 Seniors Open winner was undoubtedly proud of 22-year-old-son Sam, after the Atherston GC member topped the qualifiers at Northamptonshire County, which he represents on the Staysure Tour.

His four-under par 66 edged out the host club pro’s former England junior Adam Myers by a shot as he claimed one of 10 spots for next week’s Final Qualifying when 12 spots at the 148th Open Championship at Royal Portrush will be up for grabs.

Sam, who won the North of England Open Amateur Youths Championship last year, was on the bag when he won the Seniors’ Claret Jug at Carnoustie and has just graduated from Tennessee’s Lincoln Memorial University in the States.

Diss’s James Biggs, who had a top five in the Selborne Salver in April after shooting superb second round 63, was the second amateur to qualify at the testing Northamptonshire heathlandcourse.

But there was no joy for European Tour winner Eddie Pepperell’s older brother Joe, a pro at the Oxford Golf Centre, who finished down in 46th place after a 75.

That gave him a share of third place behind American Stephen Shepherd, whose eight-under 64 beat topped the 13 qualifiers at Kent’s Wildernesse.

Walton Heath’s Harvey Byers was in eighth place with a 70 while Sussex’s Texas State University player Giles Gill, who hails from Tunbridge Wells, survived a nine-man play-off to take one of the last two spots after a 71.

Warren Bennett, from Chestfield, was the other former European Tour winner to make it through at the Kent course, near Sevenoaks, famous for its wild deer herd.

Wildernesse member Danny Jones was one of those beaten but fellow amateur Bradley Bawden from Essex’s Rochford Hundred GC, should still make it through as he was given second reserve from of the 13 venues.

At Sandy Lodge, in Hertfordshire, Middlesex’s Luke Goddard, from Hendon, topped the leaderboard after a five-under 65, continuing the form he showed in May when he qualified for the Birdietime PGA Assistants Championship final – 10 years after he played in the Walker Cup for Great Britain and Ireland.

Former European Tour winner Van Phillips, from Stoke Park, was two shots back in a share of fourth, with 13 going through in total.

Bedfordshire-based Jack Hawksby, from The Milbrook, was the only amateur to progress although Sandy Lodge’s Jack Kelly was gutted to be the only golfer to misss out in a five-man play-off, and will be left to sweat after taking the 10th reserve spot.

Wentworth’s Seve Benson, who has been playing well on the EuroPro Tour in recent weeks, snuck in via the play-off after a one-under par 69.

At West Lancashire, which will be the second qualifying course for next year’s Amateur Championship, Golf at Goodwood’s Marco Penge was first after a splendid bogey-free 66.

The 20-year-old from Sussex, who won six major junior titles including the McGregor Trophy in 2013 and the McEvoy Trophy in 2015, has been playing on the EuroPro Tour since turning pro in 2017.

His six-under round was one better than Cheshire amateurs Michael Downes, from The Mere, and Leigh GC’s Callum Blinkhorn, whose brother Sean, a pro at his club shot 69.

Among the 11 qualifiers was Prince’s Francis McGuirk and Lancashire’s former England internationals Paul Kinnear and Sean Towndrow, who all came through a six-man play-off for the last five spots.

Further up the coast at Fairhaven, two-time European Tour winner Richard Finch put some of the frustration of the injury-hit seasons since he lost his card behind him by taking third place, a shot behind Leeds GC amateur Ben Firth and 2014 English Amateur Champion Nick Marsh, who hails from Huddersfield.

Royal Lytham’s Nick Peoples will be hoping to be drawn at St Annes Old Links next week after carding the same score at Finch to keep the dream of playing at Royal Portrush alive, along with the 12 other qualifiers.

In Scotland, Sweden’s Anton Hason and Forres’ Jeff Wright  topped the leaderboard at Panmure, after both signed for level par 70s.

Dylan Keating, the 16-year-old nephew of Boyzone star Ronan, shot a 66 at County Louth, to lead the way at the qualifier in Ireland, ahead of Daniel Sugrue. Former world snooker champion Shaun Murphy swapped the baize for the greens but carded an 84.

You can find all the qualifying scores here.

The 150 players who made it through Regional Qualifying – including 50 amateurs – will head to one of four venues, on Tuesday, July 2 – at Prince’s, in Kent’s Sandwich, Notts GC’s Hollinwell, St Anne’s Old Links, in Lytham, and Fairmont St Andrews, in Scotland.

Find out more by clicking here. 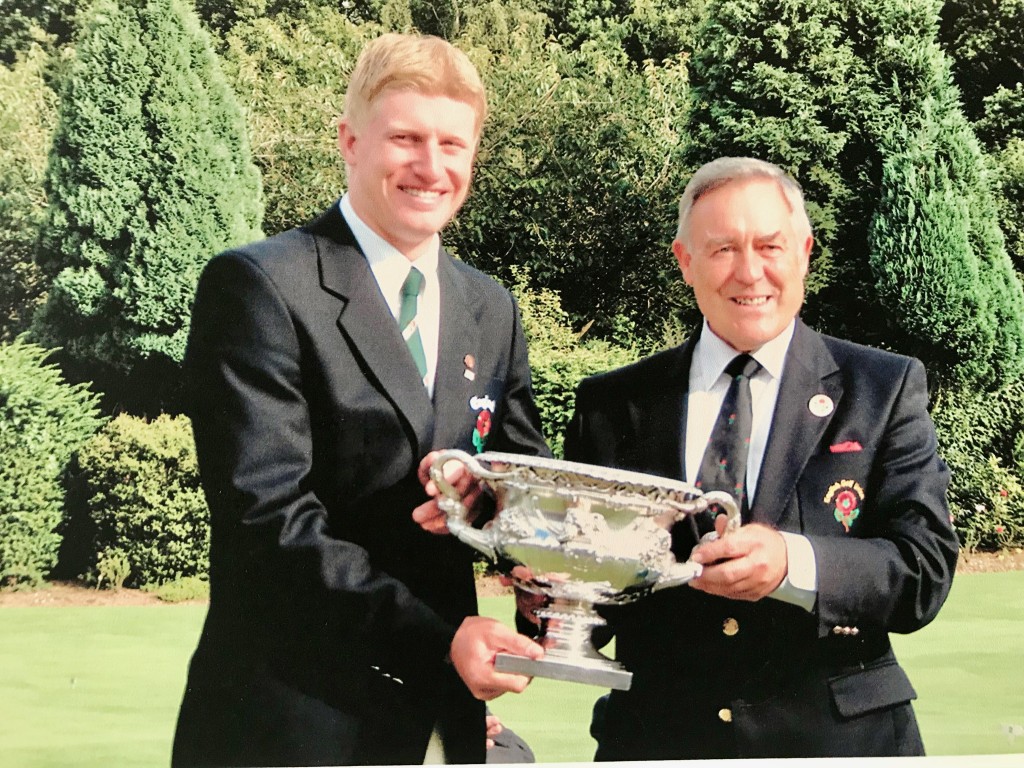 Mere Golf Club’s Richard Finch, winner of the 2002 English Amateur Championship at Walton Heath, is through to Final Qualifying for The Open, after finishing third at Fairhaven.

Jazz Up Your Golf Holiday In St. Moritz This Summer
Burnage breaks out from Minchinhampton to grab Open Qualifying chance