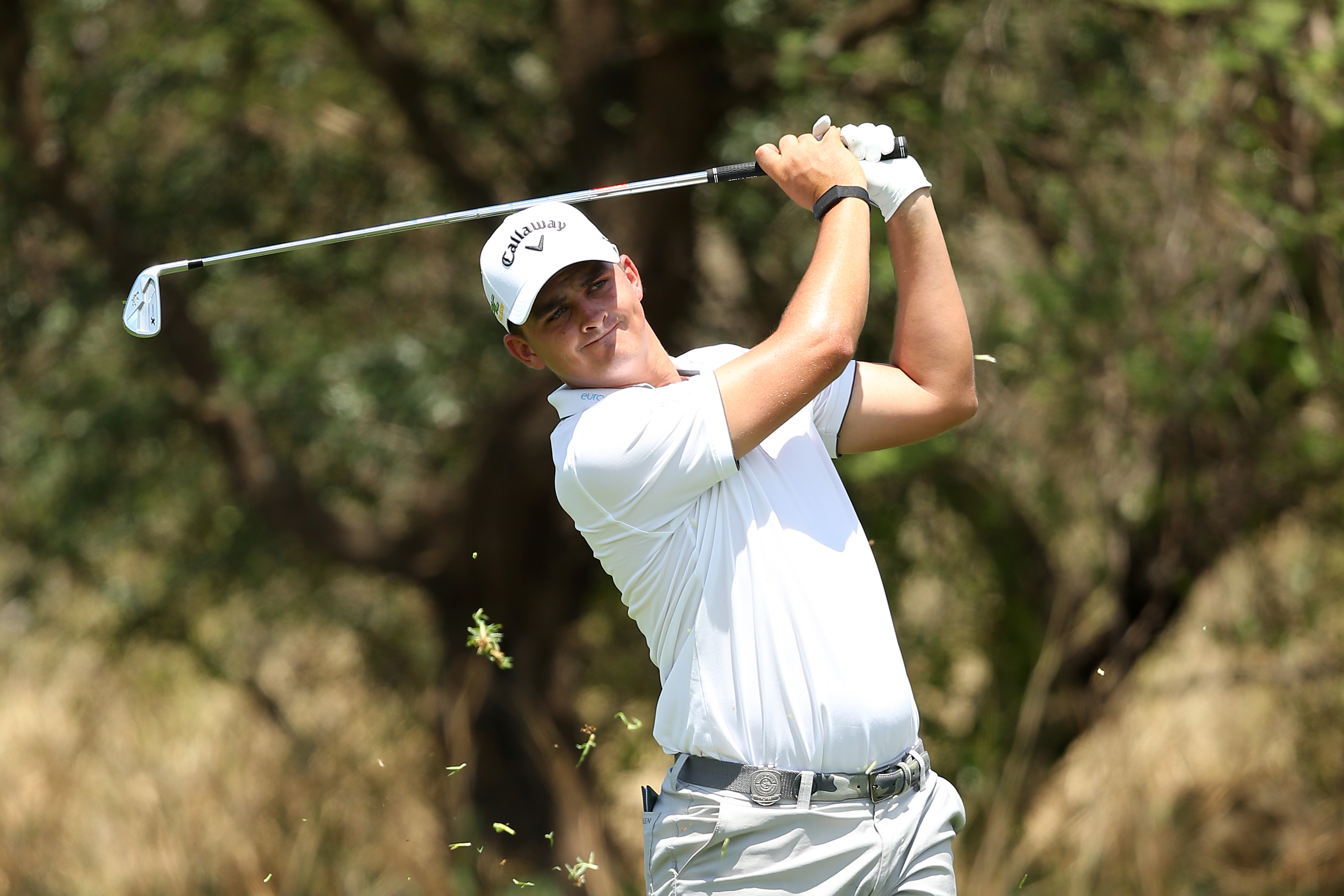 Christiaan Bezuidenhout is one of four South Africans who are hoping home support will carry them to victory in the Nedbank Golf Challenge, at Sun City. Picture by GETTY IMAGES

NEDBANK Golf Challenge debutant Christiaan Bezuidenhout is living the dream as he prepares to tee it up in “Africa’s Major” for the first time in his career, in the penultimate Rolex Series event of the 2019 Race to Dubai.

The 25-year-old has had a break-out year on the European Tour in his second full season, with five top 10 finishes and a maiden victory at the Andalucia Valderrama Masters, in June.

In an event with a 39-year history, Bezuidenhout has fond memories of visiting Sun City to watch his heroes and is now looking forward to calling upon the home support when play gets under way today (Thursday).

Bezuidenhout, who overcame the stigma of having been banned for two years after taking a prohibited substance to help him cope with a stutter in 2014, is feeling a lot happier with his golf and life in general.

“It’s a dream come true. I’ve seen this event live since I was nine years old coming here, and here with my family.

“To be here now is a dream come true for me. Every year, this event is a big highlight for all the South Africans golfers and people that like the sport.

“Just to be thought of is a real honour and it should be a special week,” Bezuidenhout added.

“Every year you try to qualify for the final events, and yeah, I had a special year. Best year of my career so far, so for me, being here is a real bonus.

“To qualify for this event and to still be in the top 20 in the Race to Dubai – and to give myself a chance to reach my goals at the end of the year that I’ve set for myself, still in play – I’m looking forward to this week.”

One of nine South Africans in the field, Bezuidenhout is joined at Gary Player Country Club by another first-time winner in the 2019 season – Erik van Rooyen, the Scandinavian Invitation champion.

Van Rooyen is currently eighth on the Race to Dubai rankings after reaching the play-off at last week’s Turkish Airlines Open.

“It’s the end of the year, and especially an event like the Nedbank, it’s a fun event. So you kind of forget about it.

“The game is obviously in great shape. Pity about that one tee shot in the play-off last week, but that’s the nature of the game.

“Hats off to Tyrrell (Hatton). He obviously played really well. But my game is right where it needs to be, and it’s in a good place, especially with being home.

“I know this golf course really well. Got a lot of local support. It’s only looking up.

“It’s narrow. You can tell that Gary (Player) built the course, a lot of them slope left-to-right, so a draw would be preferable.

“It has really small greens. Probably some of the smallest greens we play all year. Ball-striking is a premium.

Of the host, van Royen said: “He’s someone I’ve always looked up to. He’s an icon in world golf, as you say, so to have his name attached to this, it’s wonderful.”

The pair are one half of four South Africans who have won European Tour titles this season, with Justin Harding and Louis Oosthuizen also teeing it up on home soil.

After taking last week off, Yorkshire’s Matt Fitzpatrick is feeling rested in his pursuit of becoming this year’s Race to Dubai winner.

Fitzpatrick, who was winning top amateur events like Hampshire’s Selborne Salver as a teenager just seven years ago, doesn’t feel it is a must win week, but admits he needs to win either this week or next if he is to beat the likes of Jon Rahm and Rory McIlroy to the crown.

“You know, two good weeks and you never know what happens. Obviously without winning either of them, the results have got to go heavily my way.

“But win one or both — win both, it will do. But certainly win one of them, it puts me right up there.

“Even just a week is a big thing. I think that’s been a big difference this year just playing a little bit less and it’s made the difference.”

The 2016 Ryder Cup debutant has four runner-up finishes this season and sits fourth on the order of merit, just over 1,000 points behind current leader Bernd Wiesberger.

However, with 1,665 points on offer to the winner, and a first prize of S$2.5million – the highest in European Tour history before next week’s S$3million winner’s cheque at the DP World Tour Championship, Dubai – competition is set to be fierce with just two events of the season remaining.

•For live scoring at the Nedbank Golf Challenge, click here.