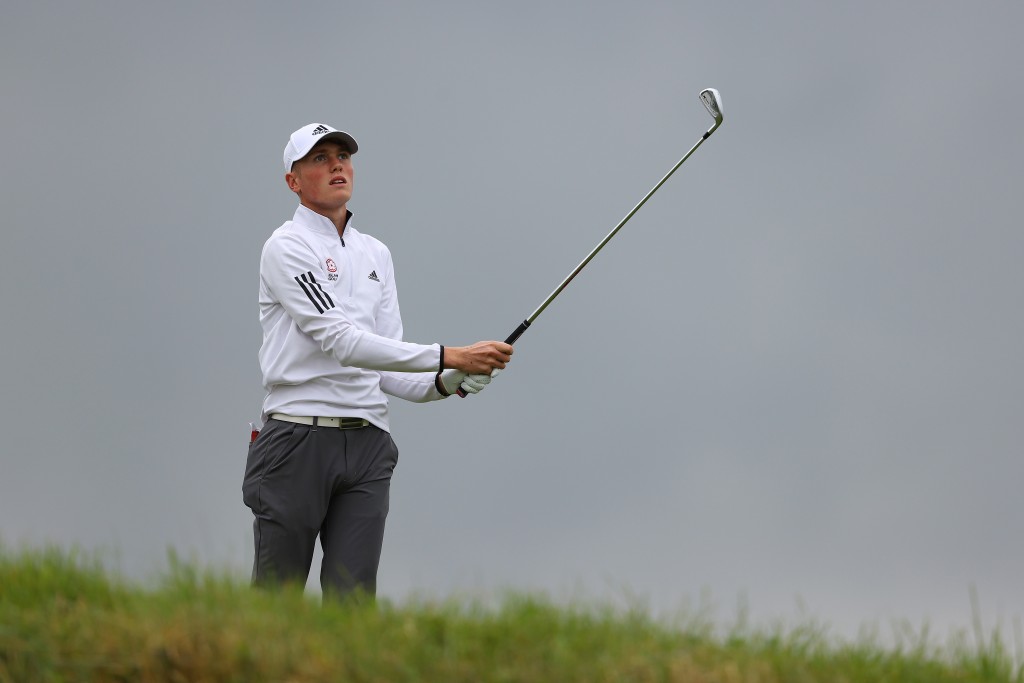 Yorkshire’s Benjamin Schmidt knocked out Brandon Dietzel winning 3&2 in the second round of the 2020 Amateur Championship at Royal Birkdale. Picture by THE R&A

Taking on Germany’s Brandon Dietzel, Schmidt – the highest ranked player in the field at No. 35 on the World Amateur Golf Ranking – recorded a 3&2 victory across the famed Royal Birkdale links.

Schmidt created history last summer by winning the Carris and Brabazon in the same season at the age of just 16, breaking Sandy Lyle’s record from 1975 in the process.

He said: “I feel like the first match is pretty tough. Everyone is wanting to just get through that first stage, so I am very happy.

“I played pretty solid. I had a couple of holes in the middle of the match where I probably went a little flat. But I finished with two birdies which was very nice.

“If you are bad off the tee around here it’s going to be pretty tough. But off the tee I have been pretty good.

“I also hit some good shots into the greens to give myself birdie chances,” said Schmidt, who also won the New South Wales Amateur in February.

There will be disappointment for another Scot Ruben Lindsay, the leading qualifier.

The 16-year-old was knocked out after losing 2&1 to Finland’s Ilari Saulo, who had disposed of Hallamshire’s in-form Sam Bairstow in the morning first round by 3&1.

The Finnish Amateur Champion will now go head-to-head with Denmark’s Victor Sidal Svendsen, who won by 1 hole to end the hopes of Welshman Ben Chamberlain. 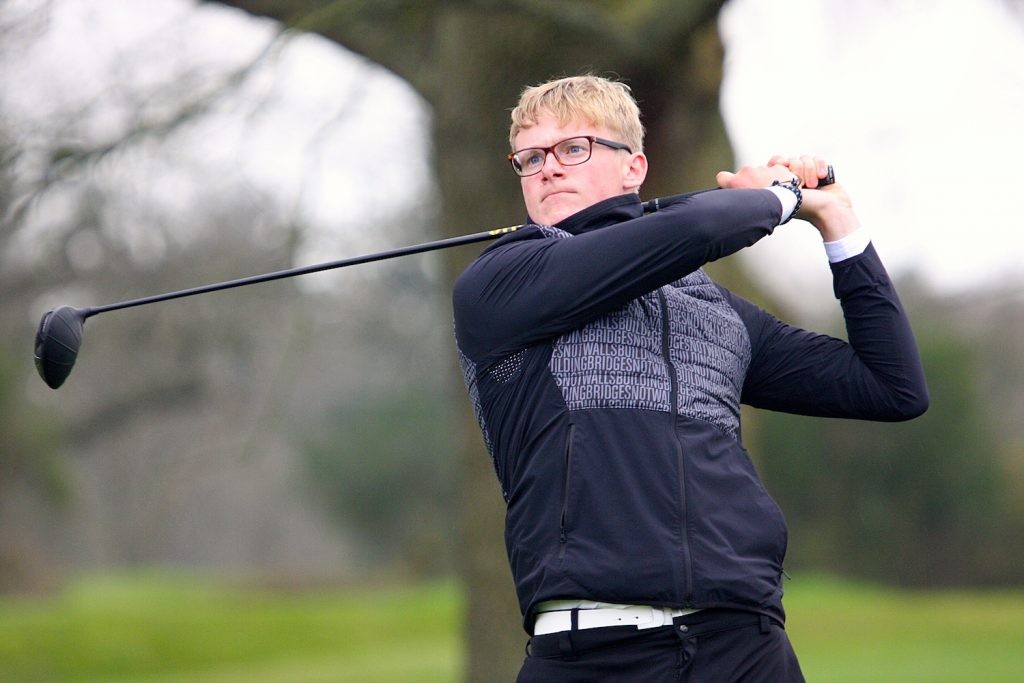 Plumb happy to be in the last-32

SOMERSET’S Thomas Plumb, a member of the 2019 Great Britain and Ireland Walker Cup team, moved into the last-32 thanks to a 4&3 victory over Ireland’s Robert Moran.

Plumb got off to a fast start and was six-up through the turn, but found the going much tougher on Birkdale’s challenging back nine.

“I started really well and was six-up through the turn,” said Plumb.

“I started to stick the brakes on a little bit and got a little bit lazy and lackadaisical. But I was happy to get the job done in the end.

“The back nine is just so difficult once you get past 12. You start going back out towards the sea.

“It’s hard to gauge the wind and the course gets longer. It’s obviously late in the round as well so it definitely plays so much harder than the front nine.

“I’m playing some good golf and I’m confident with how I played in the strokeplay in the bad weather on the first day – and then yesterday,” added Plumb, who qualified in a share of 30th place.

Qualifying was reduced to just one round on Wednesday, after Tuesday’s first round was abandoned because of high winds.

“I just want to stay confident each day and play each match as well as I have today and I should do okay.”

The England international will now face team-mate Callum Farr, from Northamptonshire County, in the third round.

Farr, who reached the semi-finals of the English Amateur in 2018 and 2019, beat Italian Davide Buchi by one hole. 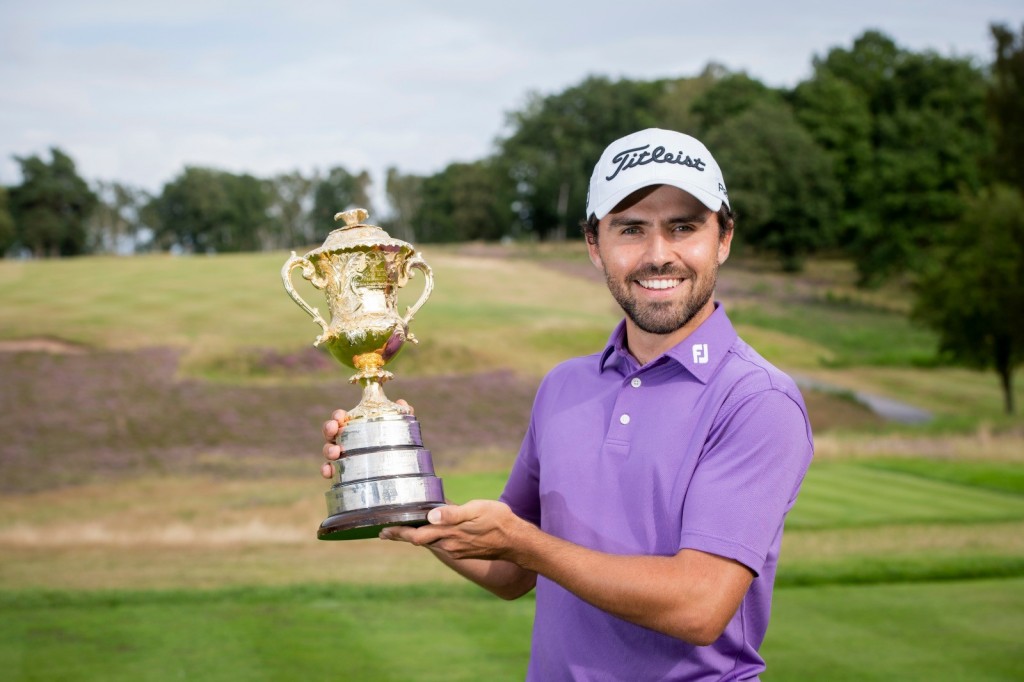 HAVING qualified for the matchplay stage by a single stroke, Frenchman David Ravetto, went head-to-head with Gloucestershire’s English Amateur champion Jack Cope, from The Players Club.

Opening with a birdie, Ravetto – who won the Brabazon Trophy last week – went one-up after the first before comfortably winning the match 5&4.

He will now play Marc Hammer on Friday after the German beat Finland’s Rasmus Karlsson 2&1.

Ravetto said: “It was a tough day yesterday because I knew it was just one round of qualifying.

“I didn’t play a great round. I was maybe a little scared that I would mess it up. But I had plenty of confidence in my game this morning.

“I played pretty solid golf, nothing too crazy, added Ravetto, who has a chance to equal the achievement of Sir Michael Bonallack by becoming just the second player to win the Brabazon and The Amateur Championship in the same season.

Ravetto reflected: “I birdied the first hole to go one-up. I birdied six as well and managed a chip in bogey on seven and birdied 10. I shot two-under through 14 holes – so a solid round of golf.

“Jack played a really good round. He is a really good player. We had a great match. He didn’t make many putts and that was the difference between us.”

DRAWING inspiration from Padraig Harrington – who won the 2008 Open at Royal Birkdale – Ireland’s Mark Power won his match against Jannik de Bruyn of Germany thanks to a 2&1 victory.

He advanced to play England’s Jack Dyer in the last-32.

Power said: “At the start of the week we were all watching that video of Harrington hitting that five-wood on 17.

“I was standing on the 17th tee two-up. It was a big moment, as I was considering if I should take it on or not.

“It’s just cool to be playing these type of golf courses that all the greats have played on.

“It’s a magnificent golf course, the back nine is so tough, pars are great scores out there.

“I have played Jannik before and I knew how good he was and that it would be a tough game.

“We both probably didn’t have our best stuff today. But it was a good battle. To know that even when I’m not playing my best, I can win gives me a lot of confidence.” 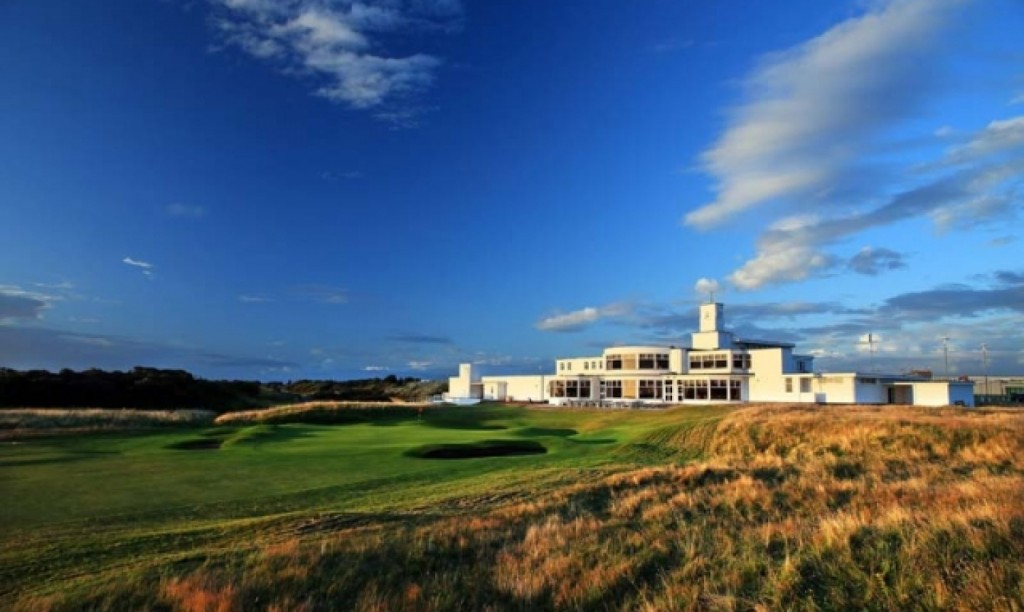 Birkdale hosting The Amateur for fourth time in 74 years

The matchplay stage continues on Friday with the last-16 and last-eight ties before the quarter and semi-finals on Saturday.

They are in the draw alongside Northampton County’s Ben Jones, a semi-finalist last year, who also reached the last four in this year’s Australian Amateur.

Dubai-based England junior Josh Hill, the youngest amateur to win a professional event on the Mena Tour in 2019, will face Long.

A total of 17 English players have made it through to the third round with Castle Park’s Stephen Gallacher Foundation Ambassador Connor Wilson – and Peebles Darren Howie – the only Scots left in the competition.

The winner of Sunday’s 36-hole final will gain exemptions into the 149th Open at Royal St George’s next July, and by tradition, an invitation to play in the Masters at Augusta National – as well as an exemption to the 2021 US Open.

Toy takes her time in defence of Amateur Championship title at West Lancashire
British Golf Show Doubles In Size, Moves To May 2021