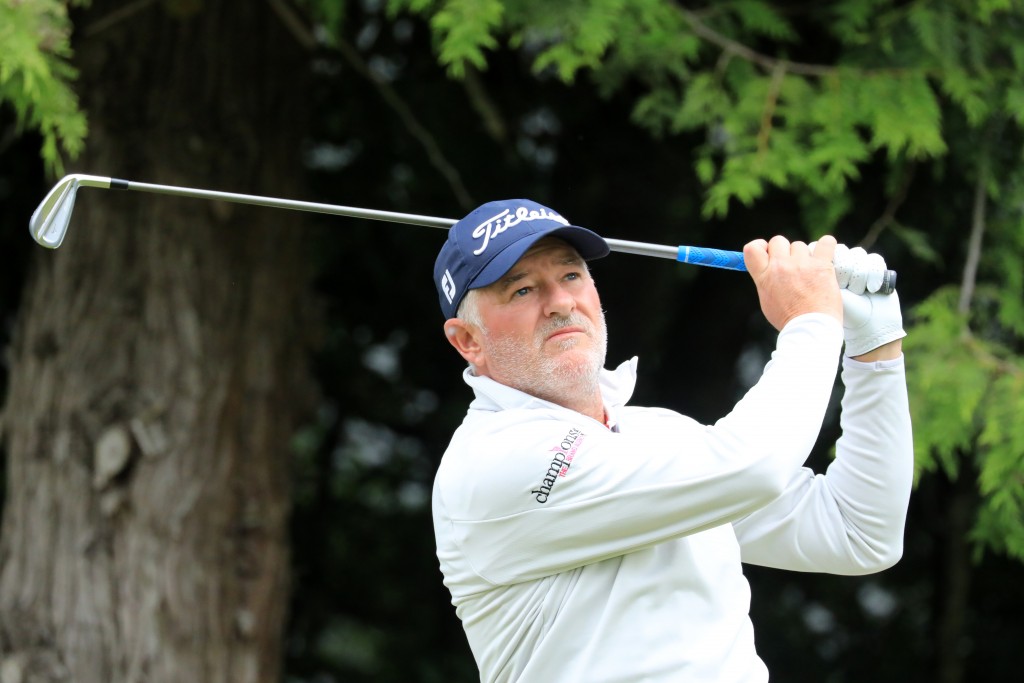 Peter Baker is is looking to become the first player to win back to back on the Staysure Tour since 2015 when he tees it up in the Farmfoods European Legens Links Championship at Trevose Golf & Country Club, in Cornwall. Picture by GETTY IMAGES

PETER Baker is looking to become the first player since 2015 to claim back-to-back Staysure Tour titles during the same season at North Cornwall’s testing Trevose track this weekend.

Baker is one of the favourites for the inaugural Farmfoods European Legends Links Championship, hosted by Ian Woosnam, which gets under way at Trevose Golf & Country Club today (Thursday).

The Englishman became only the 11th player to have won on the European Tour, European Challenge Tour and Staysure Tour earlier this month, capturing his maiden title on the over-50s circuit at the Senior Open Hauts de France.

‘’It’s not something I set out to do at the start of my career but to have won on all three tours is still special,” Baker said.

“Winning in every decade since the 1980s is something I’m proud of and it’s a trend that hopefully I can continue,” added Baker, who hails from the West Midlands and represents South Staffs Golf Club.

‘’It’s always a great feeling to win, whichever tour or level you are playing on, and I was delighted, and relieved, to finally clinch my first Staysure Tour victory in France.’’

Baker burst onto the scene with a memorable sudden-death play-off win against Nick Faldo at the 1988 Benson and Hedges International Open, at Yorkshire’s Fulford GC.

Since then he has become a consistent performer on every tour he has contested, winning two further European Tour titles in 1993 to earn his place in Europe’s Ryder Cup team, where he would go on to win three out of a possible four points at The Belfry.

A three-time Challenge Tour winner, he will need to bring his A-game if he is to replicate Peter Fowler’s feat of back-to-back Staysure Tour titles, with a plethora of former Ryder Cup stars and Major Champions in attendance for the first of five English Staysure Tour events this season to be staged on English soil.

Baker will be hoping to extend his winning record this week around a venue he is familiar with, having captured his third Asbri PGA Cornish Festival in just seven years at Trevose in April.

“Trevose is a beautiful course that I always enjoy coming to play, so it’s great to be back,” he said. “I’ve been here many times, although never in the summer, so it’ll be interesting to see how it plays out.

“Of course, every week is different, but I’m just going to try and do the same as I’ve been doing and enjoy playing golf.”

The tournament marks the first time Trevose has hosted a European Tour-sanctioned event, with the course renowned as one of England’s most spectacular links venues.

In late September 2017 at Trevose, Hampshire claimed their first English County Championship crown in 21 years, since Justin Rose played for the south coast amateurs as a teenager.

Over three days the players enjoyed every weather possible – from bright sunshine, to gusting winds and a torrential downpour plus squally showers – all against the dramatic backdrop of the rugged North Cornwall coastline and big rollers from the North Atlantic.