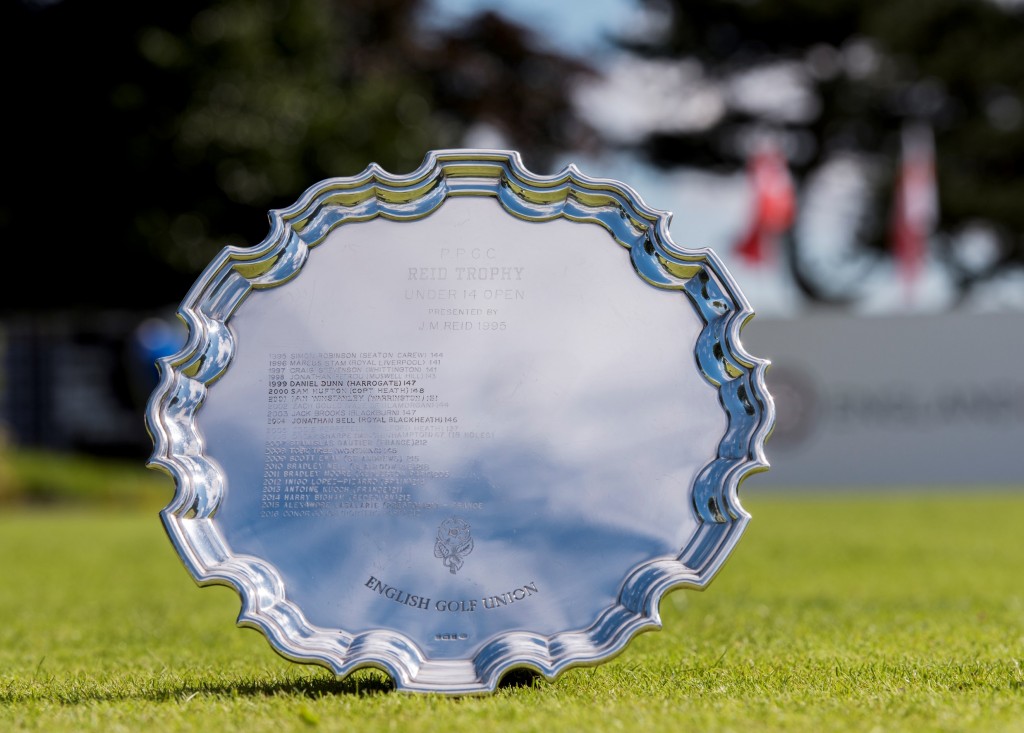 Past winners of the Reid Trophy include Eddie Pepperell and Bradley Neil, who both have graduated to the European Tour – Hugh Adams is looking to be the first back-to-back winner in 25 years when the English U14s Boys Amateur Championship takes place at Trentham Golf Club, this week. Picture by LEADERBOARD PHOTOGRAPHY

HUGH Adams will be attempting to become the first player to win the Reid Trophy two years in a row when he tees up in the English Boys’ Under 14 Open Amateur Championship, at Staffordshire’s Trentham Golf Club, on Tuesday.

The 14-year-old, from Worcestershire’s Hagley Wood Golf Club, defeated Spain’s Angel Ayora with a par on the fifth hole of a sudden-death play-off in last year’s championship at Reading GC.

Adams joined a list of champions in the Reid Trophy’s 25-year history that includes Frilford Heath’s Eddie Pepperell, who claimed the title at Bristol & Clifton in 2005, and Scotland’s Bradley Neil – who won in 2010 at Hesketh.

Neil would go on to win The Amateur Championship in 2014, at Royal Portrush, while Oscar Sharpe, the 2006 winner – who was described as being better than Tiger Woods as a 13-year-old by Butch Harmon – never lived up to his prodigy status, despite winning the McGregor Trophy at the English U16s Championship in the same season.

The trophy has ended up in foreign hands in four out of the last seven years most recently in 2017 when South Africa’s Casey Jarvis pulled off a wire-to-wire victory at Manchester Golf Club.

A sizeable number of English competitors warmed up for the Reid Trophy by competing in the North of England Under 14 Junior Open Strokeplay Championship at South Moor.

But not included in that group was 14-year-old Essex golfer Harley Smith, from The Rayleigh Club, who has made quite a mark since making his debut at last month’s English Boys’ Under 16 Open Amateur Championship at Radcliffe-on-Trent Golf Club in Nottinghamshire.

Smith has since also claimed a tie for fourth place in the Hazards Salver presented to the leading under 16-year-old at the English Boys’ Under 18 Open Amateur Championship for the Carris Trophy.

The English Under 14 Boys’ Open Championship for the Reid Trophy is a 54-hole strokeplay event staged over three days.

The full field plays 18 holes on each of the first two days with the leading 70 competitors and ties progressing to play the final 18 holes on the third day.