By Andrew Griffin on 11th September 2019 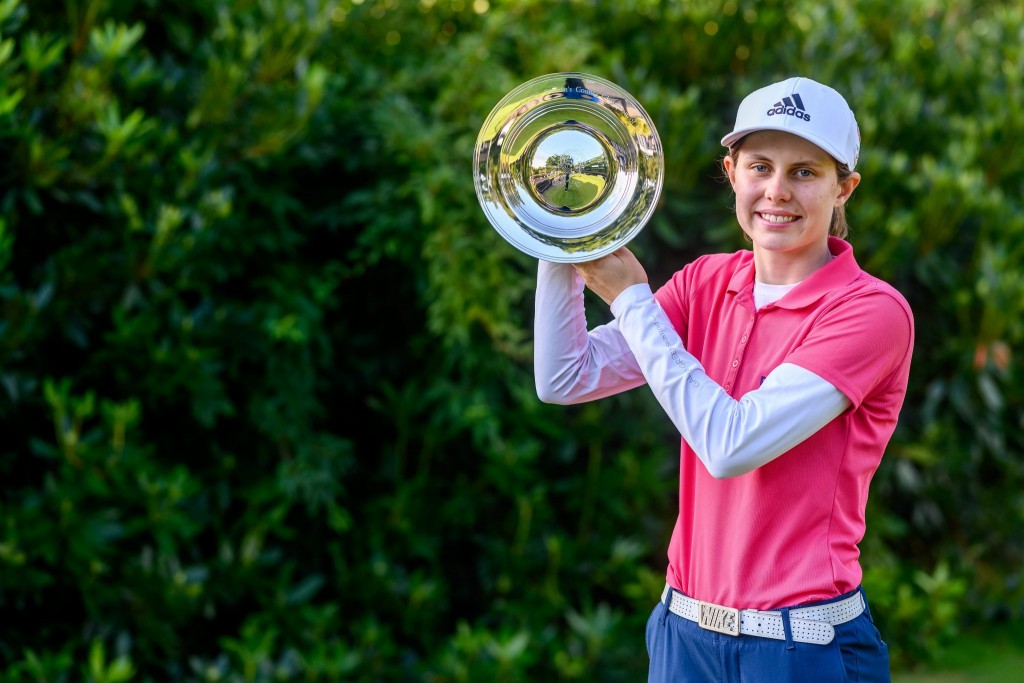 BEL Wardle consolidated her reputation as one of England’s finest emerging talents as the Cheshire player was left smiling after dominating the English Women’s County Champion of Champions, at Woodhall Spa.

The 2017 English Women’s Open Strokeplay champion, from Prestbury GC, carded rounds of 72 and 71, which was enough to give her an eight-shot victory on three-under par.

Although confident of her form going into the event with England’s other county champions it was no easy trip for the youngster on a challenging course.

Wardle explained: “I felt confident coming into the event. I knew if I played well I would have a great chance of winning.

“I tried to stay positive during the two rounds. Woodhall Spa is a course where you are going to make mistakes – but it’s how you bounce back.

“If I got in trouble, I limited the damage and took my medicine. That kept double bogeys off the card.”

Although Wardle felt pressure from the field, she was always able to stay in control and ahead to secure the victory.

Wardle added: “Obviously there is always going to be pressure when you have the lead.

“But I just tried to concentrate on my game and try to get under par. I knew if I shot under par again I would have a great chance of winning.

“I was really happy to get the win. This year I’ve had many top 10 finishes in events but not a win.

“So very pleased to finally come through to win. I’m very proud to have represented Cheshire at the event and even happier to bring the trophy back.”

After emerging victorious, Wardle is now looking forward to a winter of development ahead of next year’s Curtis Cup.

Bel said: “My next target is to make it into the Curtis Cup team next year – the season is coming to an end, so the winter work begins.”

Woad represented England when finishing sixth at this year’s European Young Masters in the Czech Republic.

And the Farnham GC teenager maintained her fine recent run of form by recovering from an opening 78 to post a 73 and finish on five-over.

Garton, from Royal Lytham and St Annes, carded rounds of 76 and 75 to post the same total.