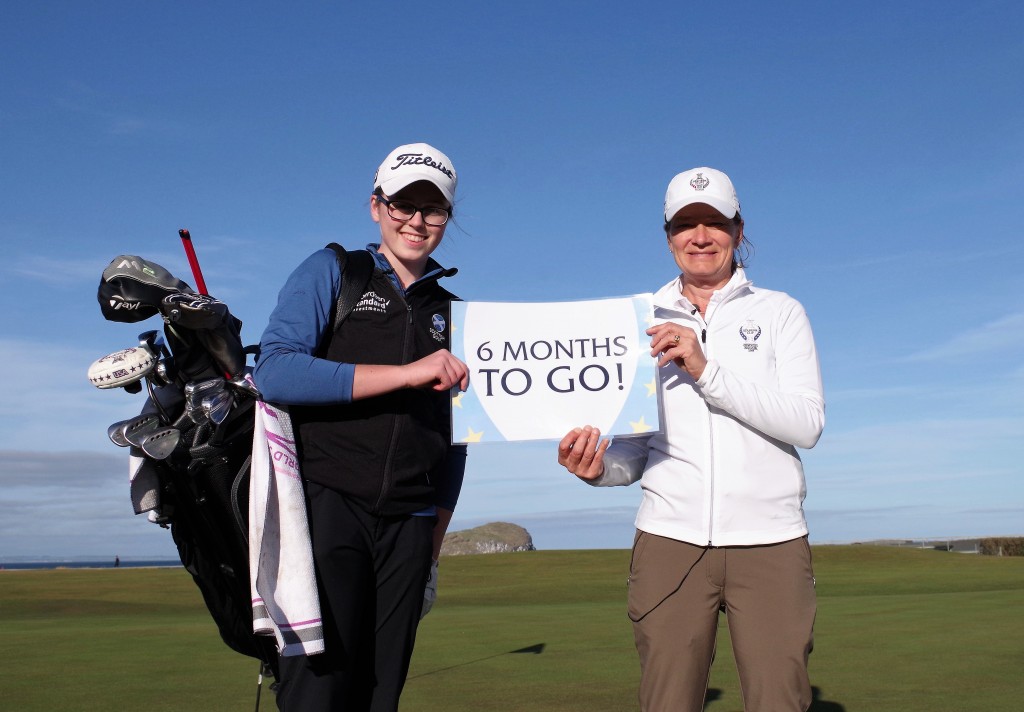 European Captain Catriona Matthew, who will lead her team at Gleneagles from 9-15th September, spent an afternoon with promising young Scottish talent Hannah Darling, who hopes to join her golfing role model in Perthshire by qualifying for the European PING Junior Solheim Cup team.

Darling is one of the six players who self-started their own #Project19 initiative when they first learned of Scotland’s successful bid to host The 2019 Solheim Cup and PING Junior Solheim Cup.

The youngsters were at Des Moines Golf & Country Club in 2017 to get a taste of the event, and afterwards they set up a Whatsapp group to motivate each other to qualify for this year’s junior edition. 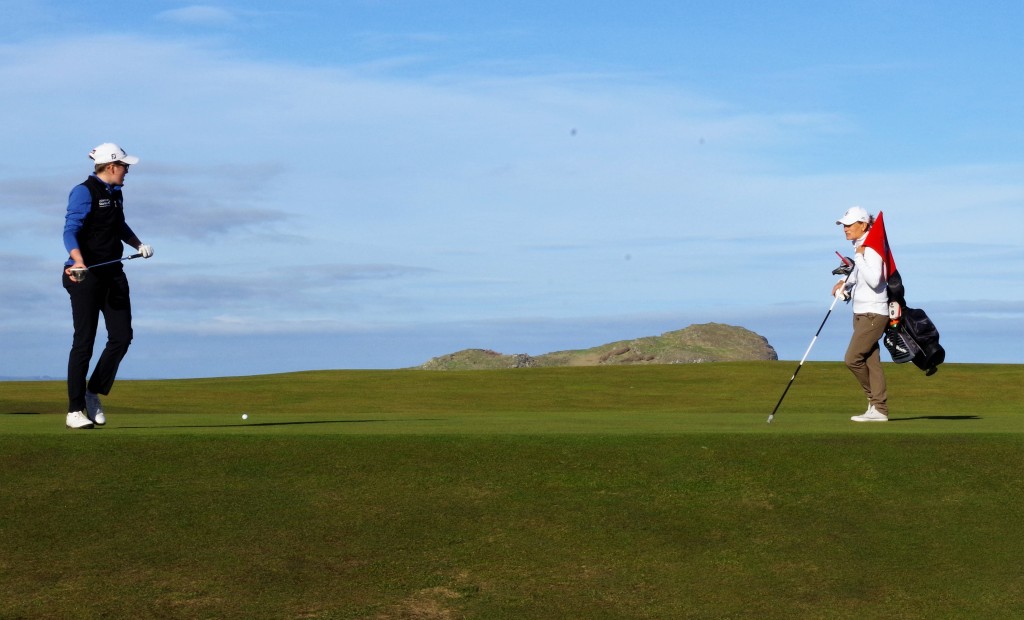 Hannah Darling in action at North Berwick, a jewel in the crown on Scotland’s Golf Coast in East Lothian.

Now, with just six months until another world-class sporting event heads to Gleneagles – its stunning PGA Centenary Course hosted The 2014 Ryder Cup – it is Darling who is favourite to achieve that goal after solid performances in the first two of 10 qualifying events this year.

“It’s pretty much all I’ve been working towards for the past three or four years,” said 16-year-old Darling, who last year won the inaugural R&A Girls’ U16 Open Championship and successfully defended her Scottish Girls’ Amateur Championship title she won in 2017. “I can’t really put into words what it would mean. The memories I would make and the experience I would gain from it would be amazing. It would be a great way to start my career.”

This year’s International Women’s Day theme is ‘balance’, and that is certainly something Darling is learning to master as she juggles her golfing ambitions with her studies.

“Balance is a great word and a great message, and it suits golf well,” she said. “This year is all about balance for me.

“In terms of the women’s game, it’s good to see much more publicity around it. Even since I was a bit younger, there’s a lot more on TV which is really good. It’s good to see it changing for the better as I’m growing up.”

Matthew said: “It’s difficult sometimes trying to balance work and being at home – it’s something every family has to adapt to.

“When I first turned pro you didn’t really see much women’s golf. Now there’s a lot more on television – and women’s sports in general. Girls see that and it encourages them to take up a sport, and if it can be golf then all the better.

“It’s good to see this year’s PING Junior Solheim Cup being played at the same venue, as that hasn’t always been the case. Hopefully Hannah makes the team.”