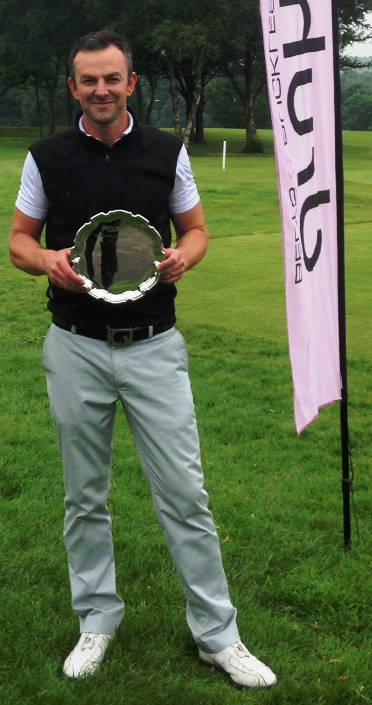 OLIVER Whiteley finally got his season under way after enduring a rough patch when he retained the PGA North Assistants’ Championship of Lancashire at Bolton Golf Club.

A five-under-par 65 looked impressive but the 37-year-old former European Tour player admitted he owed everything to his short game.

“I’ve not be playing well because I’ve been busy working at my club Bramall Park and we have a young daughter, Isla, to care for. It’s only a week since I started to practise again and it paid off straight away.

“But I drove the ball really poorly and had to rely on my skills around the greens,” said Whiteley whose card revealed seven birdies which included three in a row from the 15th.

“I only struck one decent drive but I hit my wedges close and holed the putts,” he added after prevailing by two strokes over Hazel Grove’s Ben Thompson.

“I’m hoping this result will kick start my season and I’m looking forward to next week week’s Leeds Cup.”

Meanwhile, Whiteley moved to the top of the Druh Belts & Buckles Assistants’

Order of Merit, 157 point ahead of Mere’s Josh Evans with Thompson in third place 202 adrift.