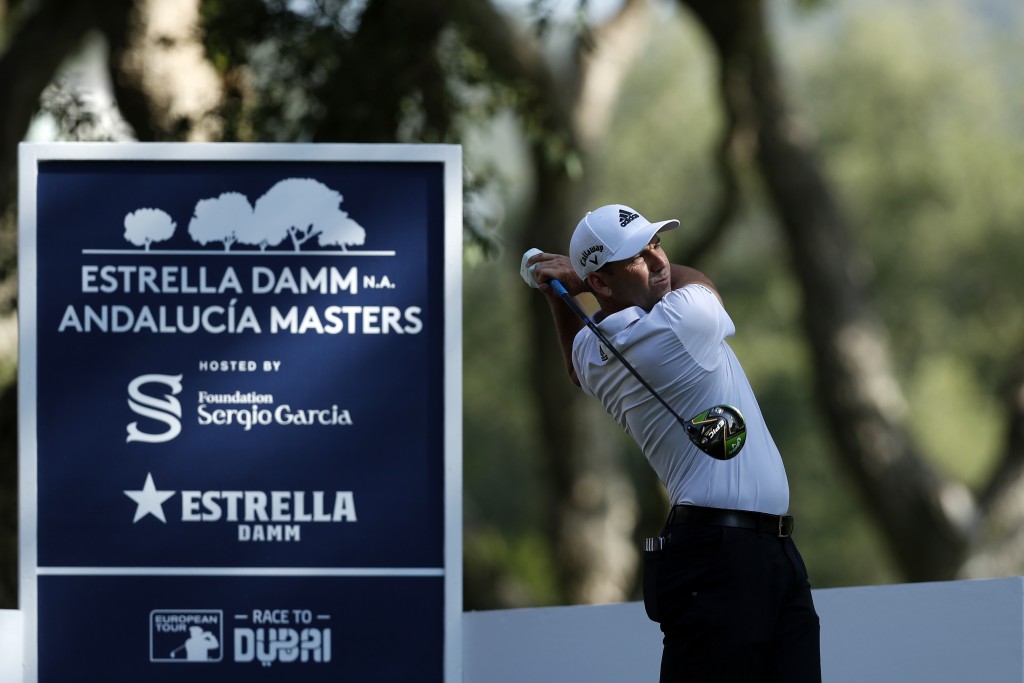 Sergio Garcia has a wonderful record at Valderrama – where John Rahm meet Justin Rose and Paul Casey as a kid. Picture by GETTY IMAGES

SERGIO Garcia is aiming to continue his remarkable love affair with Real Club Valderrama as his Foundation once again hosts the Estrella Damm NA Andalucía Masters.

The 2017 Masters Tournament champion arrives in southern Spain as a three-time winner of the event, after his victories in 2011, 2017 and 2018, but his record at Valderrama goes far beyond that.

The Spaniard was a runner-up three times at the Volvo Masters with three other top 10s, finished third at the 2016 Open de España and fifth back in 2000 at the WGC-American Express Championship.

It is no wonder then that Garcia regards Valderrama as his favourite golf course and he is delighted to be back and looking to challenge again.

Sergio said: “Coming back to Spain is always special but to come back to Valderrama, my favourite golf course where I have done so well, it’s really really something else.

“We’re excited to see how the course is going to play with good weather. It looks amazing, it’s getting quite firm so it’s going to be very challenging.

“The course is playing totally different than it has the past few years. There’ll be some scores because it doesn’t look like it’s going to be too windy but I would expect it to be around the five or six under par that usually wins here.

“It’s true that I haven’t won this year, but I wouldn’t call it a bad year. I have played some good tournaments, but my sensations have not been consistently good. I am looking to recover my good sensations for the rest of the season, and this week could be the turning point.”

One man looking to break Garcia’s hold on the trophy is compatriot Jon Rahm. The world number 11 is returning to the place where his family’s love for golf began, and he is keen to reverse his last appearance at this event in 2017 which resulted in a missed cut.

Rahm was a young child when friends of his father came round to watch the 1997 Ryder Cup being hosted in continental Europe for the first time and that was when the golfing bug was caught in the Rahm household.

A two-time Rolex Series winner, Rahm is now a peer of many of the men he watched play 12 years ago, and he admits none of it would have happened were it not for Valderrama.

“Then the Volvo Masters in 2007 when Justin Rose won is when I came to watch my first professional event. The first shot I ever saw anybody hit was Thomas Bjørn – a bunker shot on seven where he got up-and-down for par.

“I would love to take a small revenge from last year and play nicely this week. Last year I took the wrong strategy. I faced Valderrama as a US course and started hitting drives everywhere. I know now that the key for me here is to make the right decisions off the tee.

“I would need to play really well to beat Sergio at Valderrama, because he loves this course and it suits his game very well. I would like nothing better than to be playing with Sergio in the last group on Sunday and give him a good fight.”