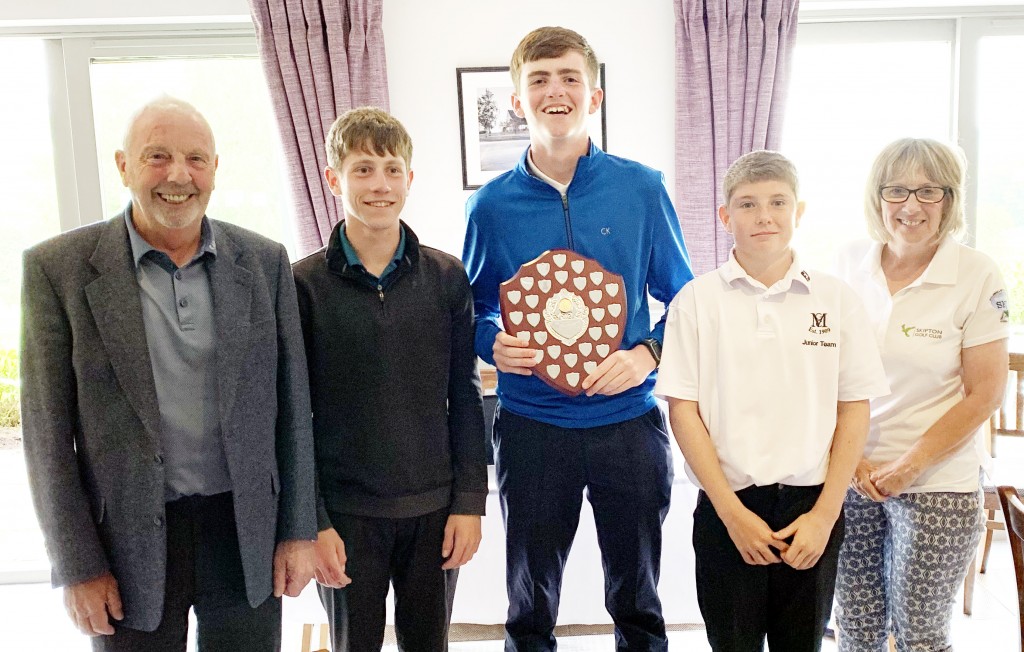 A group of the leading competitors at Skipton Golf Club’s inaugural inter-schools tournament are joined by trophy presenters Jim Fox and Carolyn Murphy.

Junior golf was alive and kicking at Skipton Golf Club recently when over 30 students – both boys and girls – from various schools across the region took part in an inaugural tournament staged towards the end of term.

The idea came from Skipton member Sam Steward, who is also a master at the town’s Ermysted’s Grammar School.

Jim said: “Thanks must go to Sam for organising the whole event. We hope he can see his way into repeating the competition next year. Many thanks also to Sylvia Eastwood, who is in charge of our junior section, for financing the refreshments, and to Tash and her catering team for their hard work on the day.”