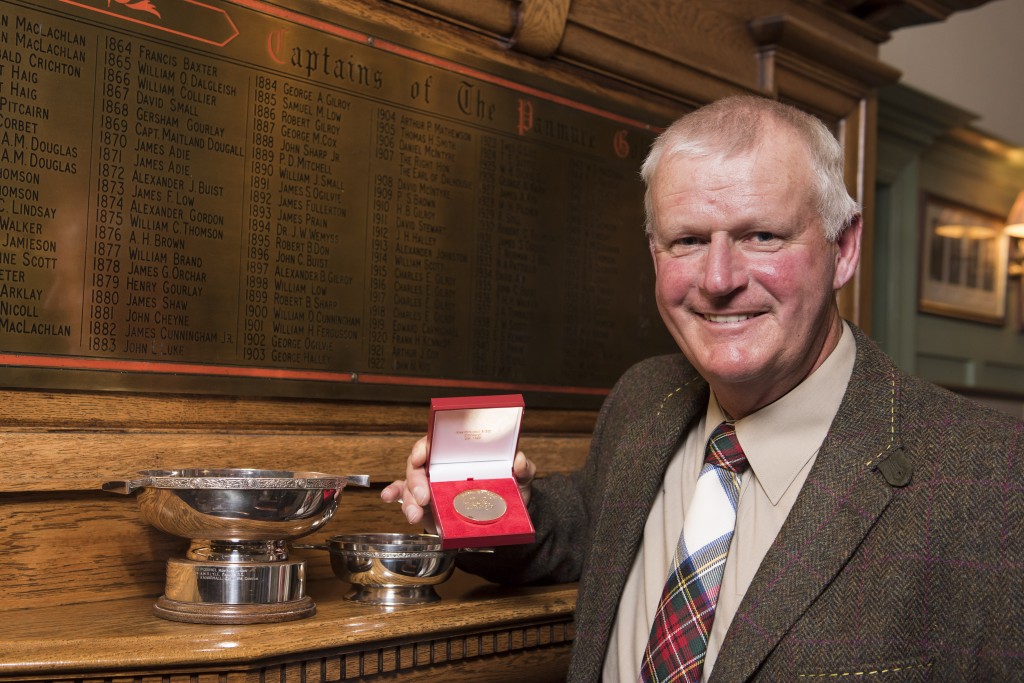 After two days of highly-competitive games between many of the world’s top hickory golfers, double Major winner Sandy Lyle has been named the World Hickory Open Champion 2016.

“I’m delighted to have won my fourth Major,” joked Sandy, winner of the 1985 Open and the 1988 Masters and many other titles, including the World Hickory Open 2014. “It’s been a fantastic few days at Panmure with a great championship and great golf.”

“Once again, everyone involved in the World Hickory Open, whether as an organiser or a competitor, has had a fantastic time in Carnoustie Country,” said Lionel Freedman, Chair of the World Hickory Open, as he presented Sandy Lyle with his trophy. “The enjoyment on everyone’s faces at the prizegiving is testament to what fun it is to play hickory golf, especially when added to the fun is the opportunity to play hickory golf on such a great golf course.”

Although the prizegiving marked the end of the World Hickory Open 2016, many of the competitors stayed to play in an international hickory team match at Arbroath Golf Course, another historic Carnoustie Country course, on 13 and 14 October.