Sandy Lyle To Return to World Hickory Open at Panmure 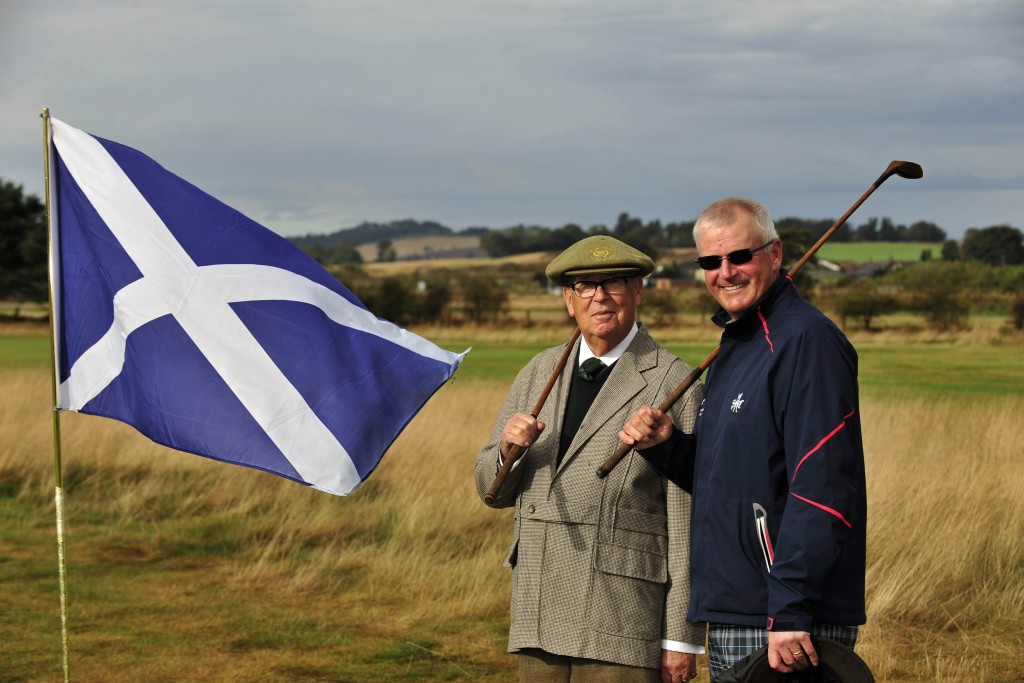 “I’m really excited to be returning to the World Hickory Open,” said Sandy Lyle, who clinched the 2014 title when the tournament was last held at Panmure, which is one of several highly-rated links courses in Carnoustie Country. “I was a relative hickory novice when I first played in this tournament two years ago but I’ve now been playing with hickories for almost five years so I’m looking forward to testing my hickory skills across Panmure’s historic fairways and greens once again.”

Sandy will be joined at Panmure by several other previous winners of the World Hickory Open, including hickory specialist Paolo Quirici from Switzerland; Rick Valentine, Director of Golf at Loretto School Golf Academy; and last year’s winner, Norfolk-based golf professional Andrew Marshall. “There are several other golf professionals, hickory experts and low handicap golfers who can’t be ruled out of becoming the overall champion,” stressed Lionel Freedman, co-founder and chair of the World Hickory Open.

As well as the trophy for the overall winner of the World Hickory Open, the Archie Baird Trophy will be awarded to the best amateur. “The past winners of this trophy – Rymer Smith from Buckinghamshire Golf Club and Cliff Martin of Bel Air Golf Club in Los Angeles – will both be competing in this year’s World Hickory Open, along with many other excellent amateurs,” added Lionel. “As in previous years, the Archie Baird Trophy will be as hotly contested as the overall title.”

Lionel revealed that entries to this year’s tournament have been received from all over the world, including Asia, Europe, Scandinavia, the UK and the USA, as well as the winners of a hickory golf competition recently held in Dubai. “We’re fully expecting to reach our limit of 120 competitors,” he said, adding that entries are still open, with a handful of last-minute places remaining.

During the five years the World Hickory Open has been held in Carnoustie Country, the tournament has grown considerably in numbers, stature and reputation and, this year, has attracted its first title sponsor: LinkedGolfers.

“A title sponsorship is the ultimate endorsement,” said Sean T. Kelly, founder of LinkedGolfers (www.linkedgolfers.com), the largest online golf and business networking community. “It’s an honour to be centrally associated with an event of this calibre.”