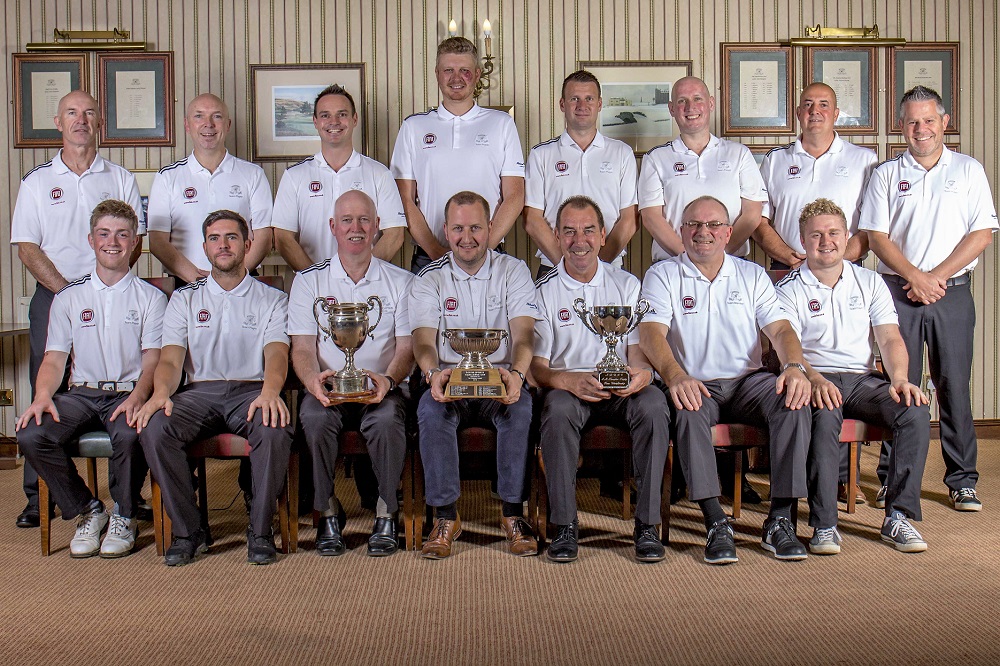 The Durham club won The Dixon Cup at Ponteland Golf Club on September 4, an 18-hole team strokeplay competition contested by the winners of the Teesside, Hadrian, Newcastle and District, North Durham and North Northumberland golf leagues.

It was Ramside’s first appearance in The Dixon Cup representing the NDUGC (North Durham Union of Golf Clubs) as Division One League Champions for 2016.

This year has been a breakthrough season for Ramside Hall Hotel and Golf Club.

In August, it added the NDUGC Men’s League Division One title after a 14-match campaign of team matchplay golf – the first time Ramside has won the top title in Durham club golf.

Ramside Club Captain David Heckles, said: “We are celebrating our 20th anniversary this year and what a season it’s turned out to be.

I’m so proud of all our team players. We’ve waited a long time to win major honours and we’ve scooped four in the space of three months.

The Dixon Cup is the pinnacle of amateur team golf in our region and winning it is a brilliant way to round off a historic and record-breaking season for Ramside Golf.”

Ramside Golf Club opened in 1996 as a 27-hole golf resort with a 16-bay driving range and golf academy. It added a second 18-hole championship golf course, The Cathedral Course, in 2014.

Helen Roseberry, director of golf at Ramside, said: “Winning four team trophies in a single season is outstanding and will hopefully put Ramside firmly on the map as a great place to enjoy playing competitive golf.

We’ve invested heavily in a second championship golf course and new short game practice facilities including an 850 square metre putting green and a pitching area with an all-weather synthetic green.

It’s great to see our members playing excellent golf and winning the recognition they deserve as a golf team.”

The winning run may not yet be over as Ramside Junior Captain Nathan Wright and Team Player Jake Heron are through to the final of the DCJGS Foursomes Trophy, where they will face either Houghton-Le-Spring Golf Club or Darlington Golf Club.