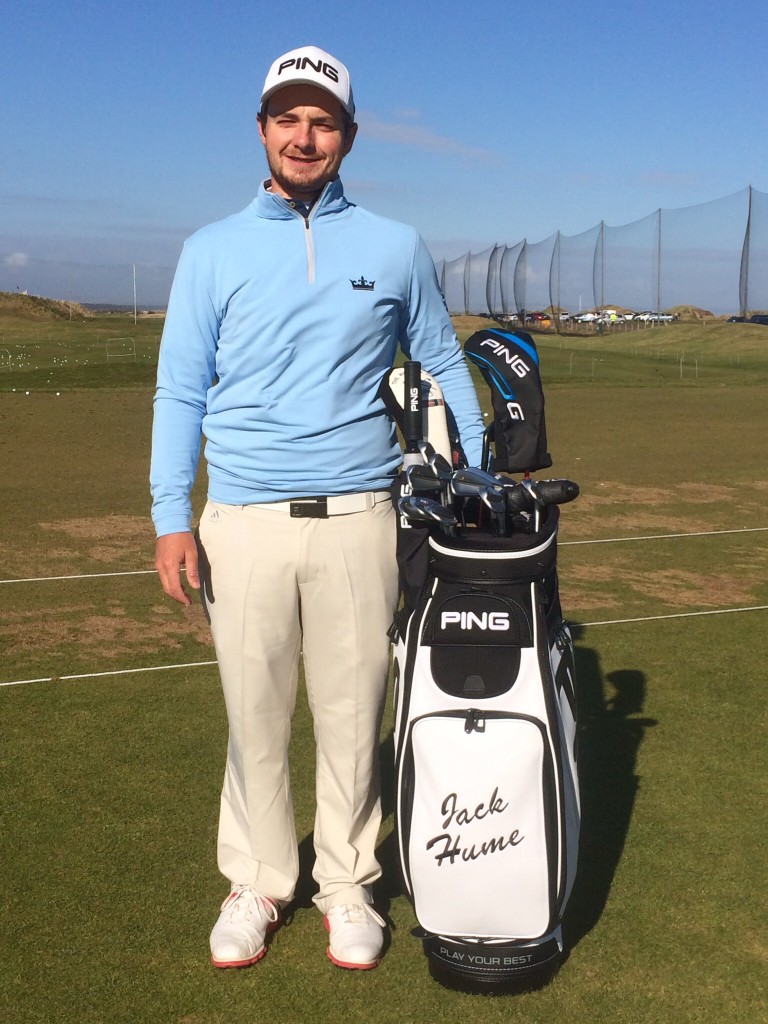 PING is delighted to announce the signing of Irish professional and former standout amateur Jack Hume on a multi-year deal.

Making his professional debut this week at the European Tour’s Alfred Dunhill Links Championship in Scotland, the former Irish amateur star will play PING equipment as he looks to continue his success in the pro ranks having reached number seven in the World Amateur Golf Rankings.

The 22-year-old Irishman turns professional following an outstanding year that saw him win both the South African Stroke Play Championship and the European Nations Cup, as well as finish runner-up at the Irish Amateur in Dublin.

Jack also represented Great Britain and Ireland in the Walker Cup at Royal Lytham and St Annes last September, contributing one-and-a-half points in the victory over the United States.

“Having trusted PING equipment during my amateur career, I look forward to continuing to work with the brand going forward now that I’ve turned professional,” commented the Irishman.

“I’m really excited about the future and can’t wait to test myself against some of the best players in the world over the coming weeks and months,” continued Hume.

As part of the agreement, Hume will wear a PING hat, use a PING staff bag and play a minimum of 11 PING clubs, including a PING driver and putter.

“Jack is one of the brightest young talents in men’s golf and we’re delighted that he will represent PING,” said PING Chairman & CEO John A. Solheim.

“Having competed around the world at the very highest level as an amateur, we look forward to supporting him as a professional and wish him continued success,” he added.