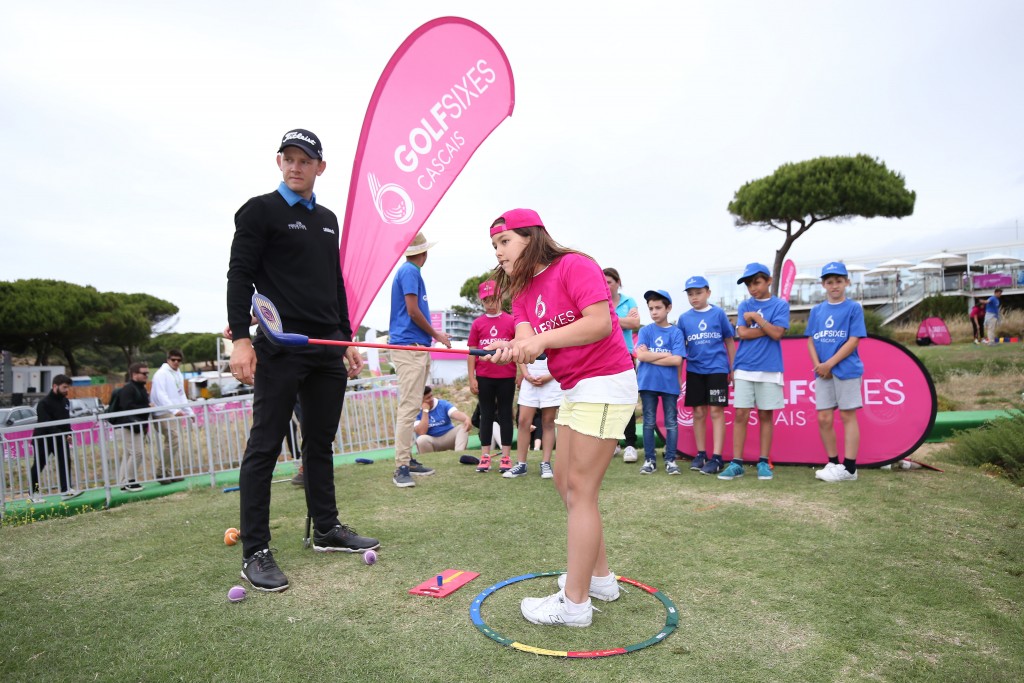 This week’s GolfSixes is the most innovative change to the European Tour’s schedule where every shot has a consequence. Picture by GETTY IMAGES

By European Tour Chief Executive KEITH PELLEY
AN interesting discussion developed at our headquarters the other day about whether our current stretch of European Tour events – Made in Denmark, the Belgian Knockout and this week’s GolfSixes Cascais – should form an official Innovation Swing.

It is debate not without merit. The golfing calendar is undoubtedly a crowded one, and with Majors either side of them, these three events each offer an alternative narrative.

Both the Belgian Knockout and GolfSixes appeal to a younger demographic through head-to-head action as well as shorter form golf – nine-hole battles in the former and six-hole contests in the latter – which ensures that each shot has a consequence in the outcome of the match.

GolfSixes also features male and female teams competing against each other, players wearing shorts and using distance measuring devices, as well as a shot clock which gives players a countdown to their stroke.

In contrast, on the surface, Made in Denmark could be viewed simply as ‘another 72-hole strokeplay event.’

But the reality is somewhat different because of the promoters’ unstinting commitment to innovation and originality.

Take the 14th  hole at Himmerland Golf and Spa Resort as an example.

What could easily have been a routine, 262-yard par four was transformed thanks to the introduction of the Heineken Lounge, where players walked from the 13th green through the hospitality area to the 14th tee box which was incorporated into the structure.

The result was a terrific atmosphere for the fans and the creation of some memorable content from many players, most notably Jamie Donaldson and Matthew Southgate.

It also created some clever brand exposure for Heineken.

It was one of a number of concepts introduced which put innovation at the heart of this tournament.

Other activations included the inaugural European eTour Championship – our first esports contest, which tapped into the 15 million plus people globally who play World Golf Tour (WGT) on their mobile devices. 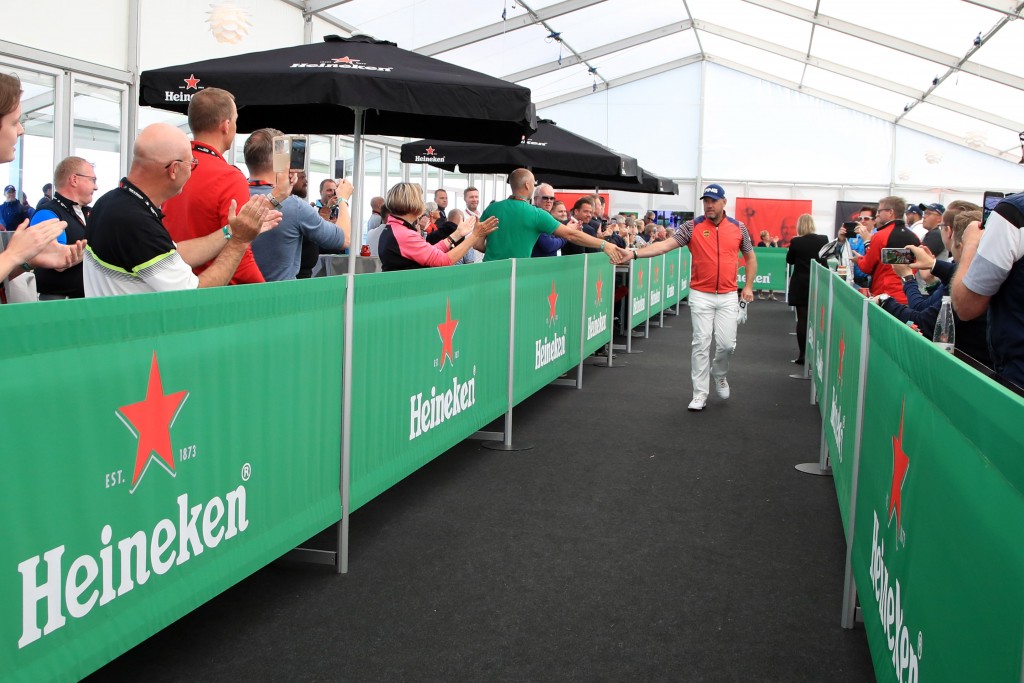 The Made in Denmark’s 14th tee which players – including Lee Westwood (above) approached through a beer tent accompanied by loud music. Picture by GETTY IMAGES

Such creativity undoubtedly helped distinguish Made in Denmark from the norm in a congested and competitive golfing landscape.

Last year, across all Tours, there were 395 tournaments globally which counted towards the Official World Golf Ranking.

Of these, 382 were strokeplay events and just 13 were classified as “other formats,” including the Belgian Knockout and the ISPS Handa World Super 6 Perth, which also features on our Race to Dubai.

While the biggest golfing events, such as the Ryder Cup, the Major Championships and our Rolex Series, continue to get bigger, the battle for regular events to cut through can be more complex and challenging – particularly when you factor in other sports and forms of entertainment which vie for the consumer’s attention.

This weekend, to name but a few, you have the conclusion of the French Open tennis, the start of the women’s football World Cup, the continuation of the Cricket World Cup, the Nations League Football Finals and of course, my personal favourite, the NBA Finals featuring the Toronto Raptors against the Golden State Warriors.

The prolificacy of consumer choice is why innovation is essential. Fail to innovate and you simply risk being left behind or crowded out.

Events such as GolfSixes strive to appeal to a different audience.

Last year’s event at the Centurion Club in England attracted a younger demographic on social media with more than 50 per cent of engagement from under 35s, while attendees were 20 per cent younger than the average age of spectators at regular European Tour events.

Furthermore, in the last two years numerous GolfSixes junior leagues have been launched across the UK and Europe, with girls forming more than 30 per cent of the participants to sign up.

As well as underpinning our creation of GolfSixes, innovation is one of our central pillars.

It drives our content, our use of technology and our introduction of different formats.

In a crowded marketplace, this positioning has resonance with our partners, our broadcasters, but also increasingly with how fans view the European Tour as a brand.

Perhaps the introduction of an official Innovation Swing is a good idea after all?

•What do you think about Keith Pelley’s ideas on an Innovation Swing on the European Tour? Leave your comments.