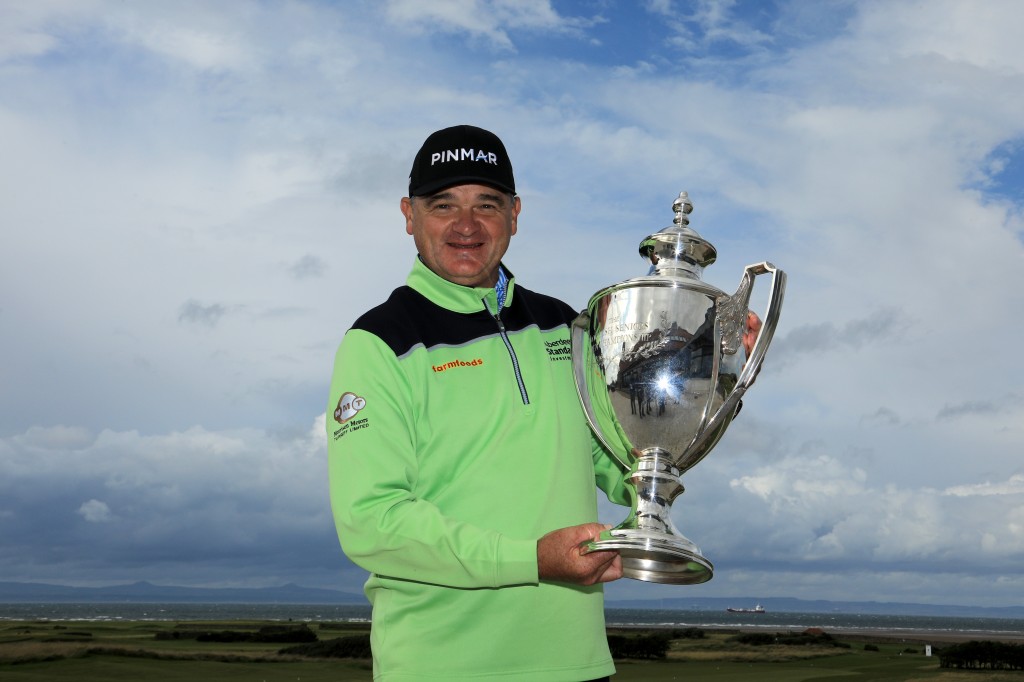 The 1999 Open Champion battled gusty conditions throughout the final round to record a level par round of 71 to win his maiden over-50s title by two shots ahead of Peter Baker and Peter Fowler.

The Scotsman, who celebrated the 20th anniversary of his Major success at Carnoustie Golf Links last month, made the turn in 33 strokes, two under par, and battled hard in the blustery conditions on the back nine to card a round of 71.

After battling injury last season and having turned 50 at the beginning of the year, Lawrie was delighted to clinch an inaugural win on the over-50s circuit, especially on home soil.

“I’ve always enjoyed playing in Scotland and that is my fourth win in my home country and I’m very proud of that,” he said.

“I think a lot of the players struggle to play in their own country with expectations on them, but I’ve always felt comfortable playing in front of Scottish people.

“It doesn’t matter what tour it is, winning is difficult; it’s not easy. Peter Baker did a top effort to get in the house at level par, so my job was to get in at one under par, that was the only job I was thinking about and I managed to finish one better than that.

“My game has been getting betting for a few weeks and I’ve been telling people that I’m getting there and I’m going to win soon. The Senior Open was the first week where I felt my foot and my back were where I needed them to be. My surgeon, Gordon Mackay, said it would take a year for my foot to be right. I thought my career was over with my foot the way that it was, but Gordon McKay did a great job.”

Baker, winner of Senior Open Hauts de France by Jean van de Velde in June, recorded a one under par round of 70 to finish two strokes behind Lawrie in a share of second place with Fowler. The overnight leader was unable to follow his impressive five under par round of 66 from day two as he signed for a disappointing four over par round of 75.

Englishman David Shacklady and Austrian Markus Brier completed the top five as they signed for rounds of 69 and 73, respectively, to finish at one over par total.