By Andrew Griffin on 1st September 2019 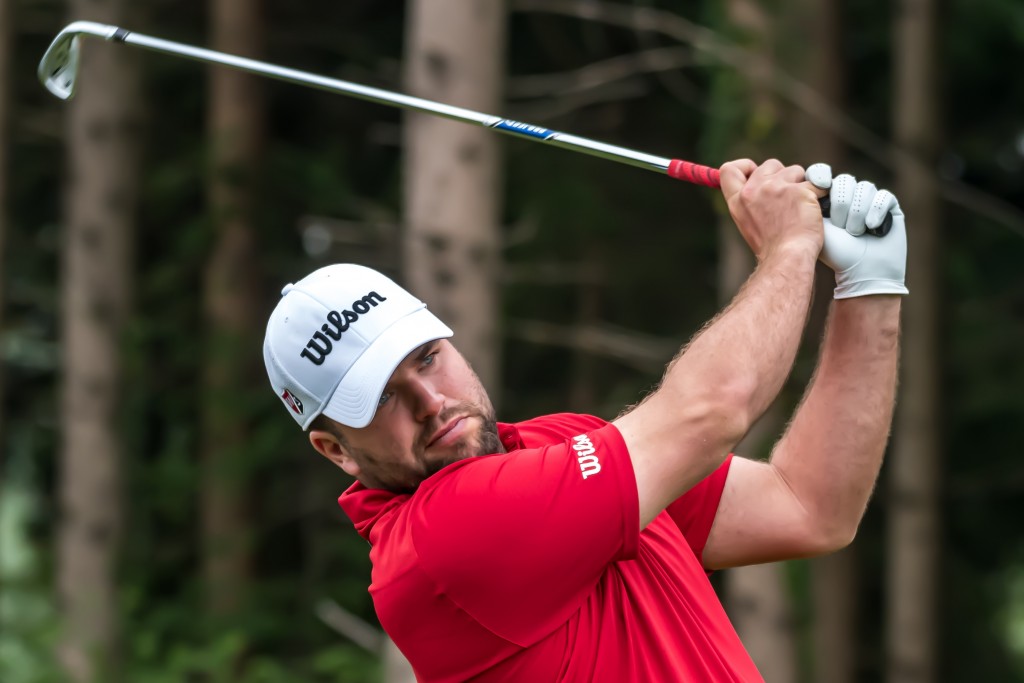 Jack Senior is looking to follow up his European Challenge Tour win in Northern Ireland two weeks ago, with victory in Belgium, on Sunday. Picture by GETTY IMAGES

FOR the second time in the last three weeks, Jack Senior finds himself on top of a leaderboard after opening the KPMG Trophy with rounds of 63 and 66 to take a one-shot lead on 13-under.

Through the first two days, the Englishman has carded 16 birdies against only three bogeys and is displaying the form which earned him a second-career European Challenge Tour victory only two weeks ago in the ISPS Handa World Invitational, in Northern Ireland.

Senior then backed up the win with a top 15 finish in last week’s Rolex Trophy and through the first 36-holes at Millennium Golf, things have continued to go his way.

“I had two chip-ins, back-to-back at six and seven and then drove the green and made birdie at eight,” Senior said.

“I think when you start to see them go in, it’s funny because you could stand there and hit good putts and not really hole anything and your confidence starts to drain away a little bit, but I feel over the last couple of weeks I felt like I rolled the ball well.”

The 31-year-old has been a consistent performer on the European Challenge Tour over the past six-seasons, but sitting in 11th on the Road to Mallorca rankings, he has played his way into the coveted top-15, and a strong result in Belgium could further bolster his chances of graduating to the European Tour at the end of the season.

Senior said: “I had my girlfriend on the bag the last couple of weeks. I think it just helps having someone there by your side at times, who knows you really well and knows what to say at the right times.

“Although she’s not here this week, it’s a bit of a continuation on how things have been going. I just feel confident on the greens and confident with the putter at the minute,” said Senior, who won the Hampshire Hog at North Hants GC, as an amateur.

“How long that will last nobody knows, so I’ve just got to go out tomorrow with the same attitude and see where we end up.”

Victory at the KPMG Trophy will not come easily, as 29 players sit within five strokes of the lead at the halfway point.

The chasing pack is led by a European Tour winner in Surrey’s Ross McGowan and Germany’s Sebastian Heisele, who fired a 10-under par 61 on Thursday, which still stands as the low-round of the week.

Home-favourite Christopher Mivis – who grew up playing Millennium Golf with friend and fellow-countryman Thomas Pieters – opened the KPMG Trophy with a pair of 67s to hold low-Belgian honours through the first two rounds.

In total, 74 players survived the cut, which fell on five-under. The 137 strokes or fewer needed to advance to the weekend marked the lowest cut, in terms of cumulative score, this season on the Challenge Tour.

Day three of the KPMG Trophy begins on Saturday at 7:20am with the lead group of Senior, McGowan and Heisele set to go at 11:40am. For live scoring click here.