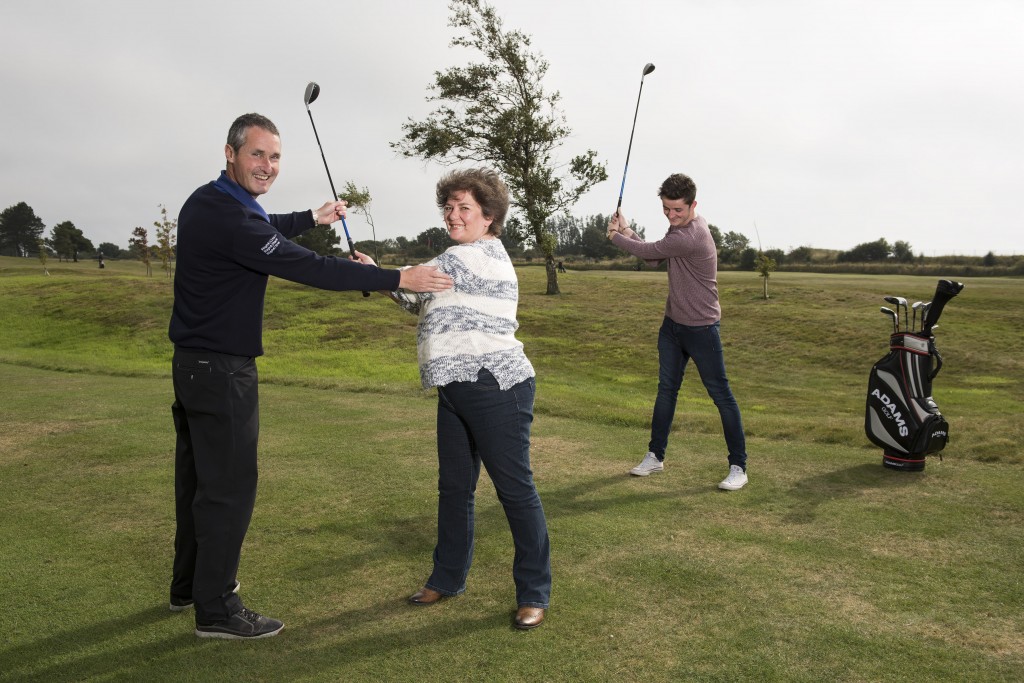 It’s Time To Get Into Golf At Monifieth!

Thanks to an exciting new initiative at Monifieth Golf Links, adults who have never picked up a golf club but want to try the game that Scotland gave to the world are being invited to ‘Get Into Golf’.

The Get Into Golf programme takes place on eight Saturdays over winter. At a cost of £165, starting on the Monifieth practice ground, novice players will be taken through the basics of gripping and swinging a club, as well as the game’s rules and etiquette, and will work towards striding out on the Ashludie course, one of the 34 Carnoustie Country courses, for a game.

The programme is being promoted by the four golf clubs at Monifieth and run by the two local golf professionals, Gordon McLeod and Lee Sutherland from Ron McLeod’s Golf Shop, who can also provide equipment.

“The Get Into Golf Programme is aimed at new golfers and also for men and women who have dabbled with the game but never had the time or opportunity to take their interest further because of the pressures of life,” explained Gordon McLeod, who added that golf clubs are working hard to attract new members, with changes in society seeing a reduction of younger men and women playing the game.

Surveys have found the average age of a club member to be well into their 50s – at Monifieth less than 30% of the membership is in the 30-50 age bracket. “New blood is vital to the future of any activity and golf is no different,” continued Gordon.

The Monifieth clubs – Grange, Monifieth, Broughty and Ladies’ Panmure – are tackling the issue by appealing for new players to take up the game and introducing initiatives such as Get Into Golf, which is supported by Carnoustie Country. They point to the enjoyment of the sport and the healthy exercise it offers, even if people only have time to play nine holes.

“We know all the stereotypes about golfers and clubs – but times have changed,” said Gordon McLeod. “In the modern game you can play nine holes after work and grab a well-earned drink with your friends in the clubhouse afterwards. Golf is a game for all!”