By Andrew Griffin on 4th September 2019

THREE of England’s most talented young players will represent their country at the World Junior Girls’ Championship, to be played in Canada at the end of September.

Annabell Fuller, Lily May Humphreys and Mimi Rhodes will make the trip across the Atlantic after representing Europe in the 2019 PING Junior Solheim Cup match at Gleneagles, Scotland, on September 10-11

They will compete in the 72-hole team stroke play event against teams from 18 other countries, including two from Canada itself at Angus Glen Golf Club in Markham, Ontario, from September 24-27

The championship returns to Angus Glen for the first time since it was inaugurated back in 2014 when the USA took the gold medal ahead of Sweden and a Canada team including future LPGA star Brooke Henderson.

Fuller, from Surrey’s Roehampton GC, is based in the USA where to date this season she has won the girls’ title at the Major Champions Invitational, and finished second at the Bishops Gate Golf Academy and the Scott Robertson Memorial,

The 17-year old Curtis Cup player was also third at the Harder Hall Invitational, fourth at the Annika Invitational USA and reached the last-16 of the US Women’s Amateur Championship.

She was also a member of England’s side at the European Ladies’ Team Championship in July. 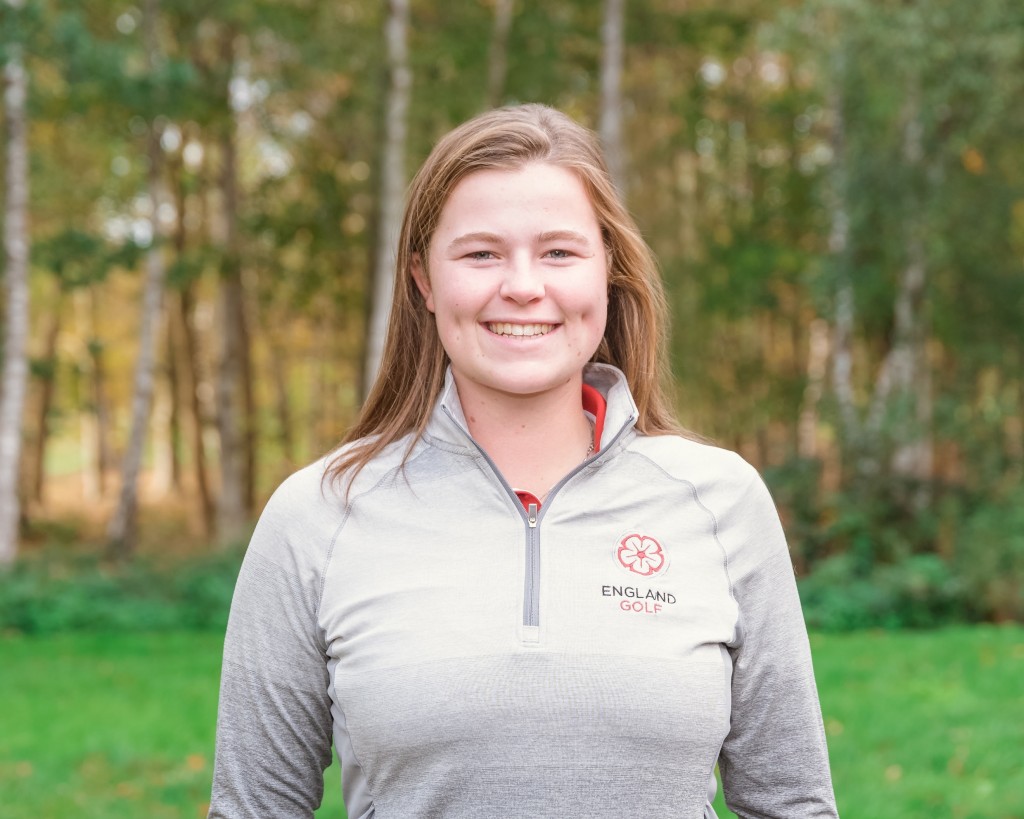 Essex’s Lily May Humphreys has played in a Curtis Cup and will appear for Europe in this month’s PING Junior Solheim Cup at Gleneagles before heading for Canada. Picture by VICKI HEAD

Essex’s Lily May Humphreys, has been in sparkling form this season winning the Welsh and Irish Strokeplay titles and the Annika Invitational Europe.

She played on the 2018 GB&I Curtis Cup team and has since represented the Home Nations in both the Vagliano and Astor Trophy – and was a team-mate of Fuller’s at the European Ladies’ Team Championship.

Lily was also a member of the victorious England team at this year’s Home Internationals at Downfield GC, in Scotland.

Somerset’s Mimi Rhodes is also 17 years old like her team-mates, and reached the semi-finals of the Girls’ British Open Amateur Championship at Panmure.

The West Country teenager also made the quarter-finals of the Women’s Amateur Championship, at Royal County Down, in June.

The Burnham and Berrow GC member was also eighth in the German Girls’ Open and ninth in the Annika Invitational Europe.

She represented England in this year’s European Girls’ Team Championship, where she was fourth in the individual competition, and was part of the victorious English team at the Women’s Home Internationals last month.