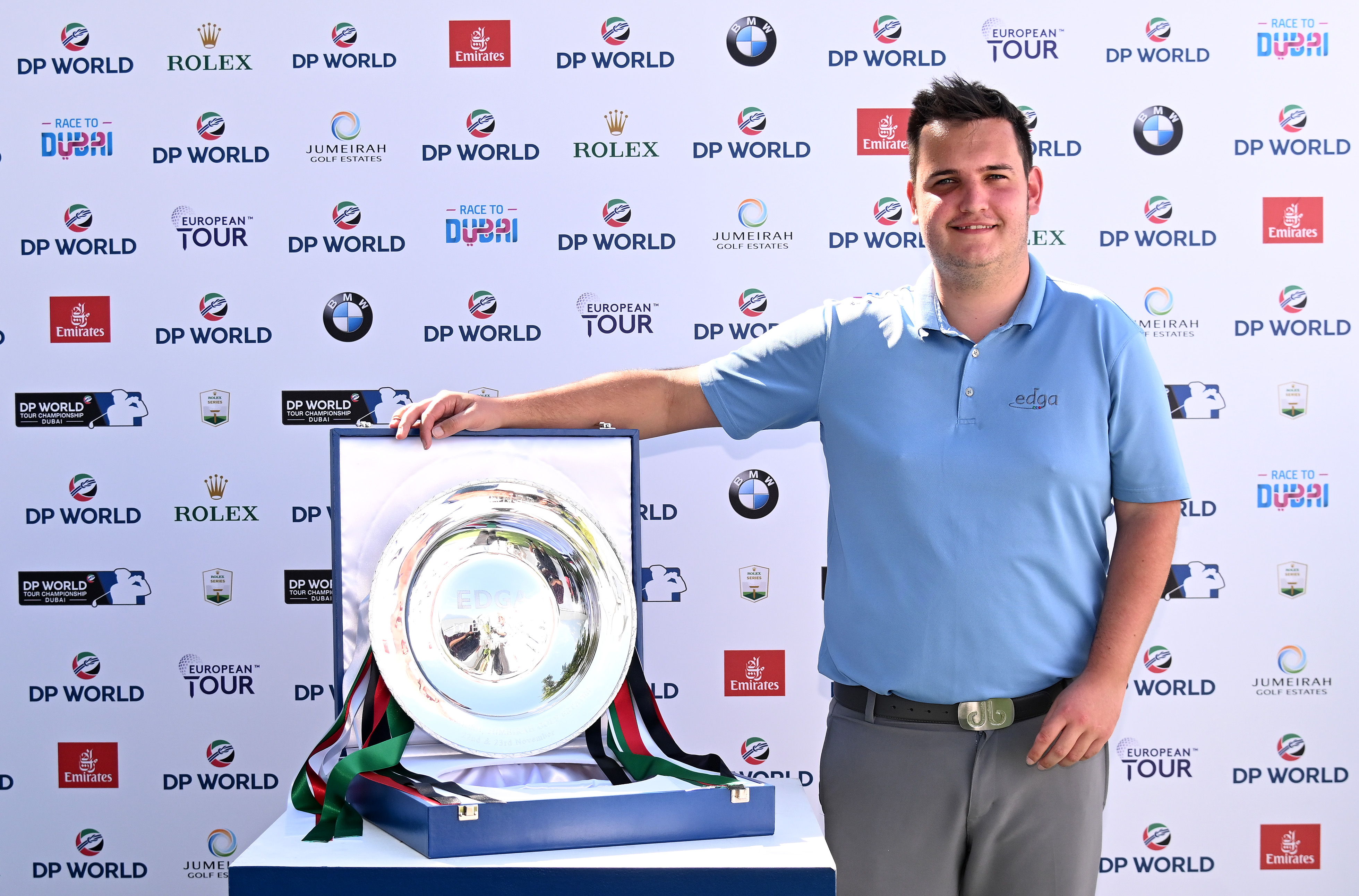 WORLD No. 1 George Groves held off the challenge of America’s Chad Pfeifer to win the inaugural European Disabled Golf Association finale in Dubai.

The 36-hole event featured some of the world’s best Golfers with Disability and was taking place alongside the European Tour’s season ending DP World Tour Championship.

The Surrey golfer has Erb’s Palsy, a condition which leaves him with 20 per cent strength in his left arm after a medical accident during birth.

But that has not stopped the Horne Park GC member from rising to the top of the World Rankings for Golfers with Disability.

An opening 77 handed him a three-shot lead and it looked like Groves might run away with things when he birdied the first in round two.

Military man Pfeifer took up golf after having his leg blown off in Iraq serving for the US Army’s 3rd Airborne Battalion.

And the 2011 US National Amputee Golf Champion applied some pressure as he carded the lowest round of the day with a 79.

But Groves went on to sign for an 82 and finish 15-over – three shots clear of Pfeifer at Jumeirah Golf’s Earth Course,

“It’s fantastic,” said Groves. “I’m going to go home very proud of myself, celebrate with my friends and family. It will be really good.

“I’m just really happy that I’ve actually managed to get into stuff like that,” said Groves who won the English Disability Open at Stoke-by-Nayland GC, in September.

“It’s really good to get us involved and on TV and to show other people with disabilities to get more into golf and, instead of lounging around at home, be confident in themselves and get out there and show what you can do.

“When I was younger I was a footballer and I was told to do exercise for my arm. My parents said ‘do golf.’ I went to the range one day and I thought this could be something so I took golf up.

“To come out and win this, be World No. 1, is just incredible,” added Groves. I’m pretty sure I’ve 100 per cent done the right choice.”

It was the second EDGA event taking place in conjunction with a Rolex Series event on the 2019 Race to Dubai.

Groves finished second to Brendan Lawlor at the EDGA Scottish Open, held during the weekend of the Aberdeen Standard Investments Scottish Open, at North Berwick’s The Renassiance GC, in July.

•To see video highlights from the EDGA final click here.